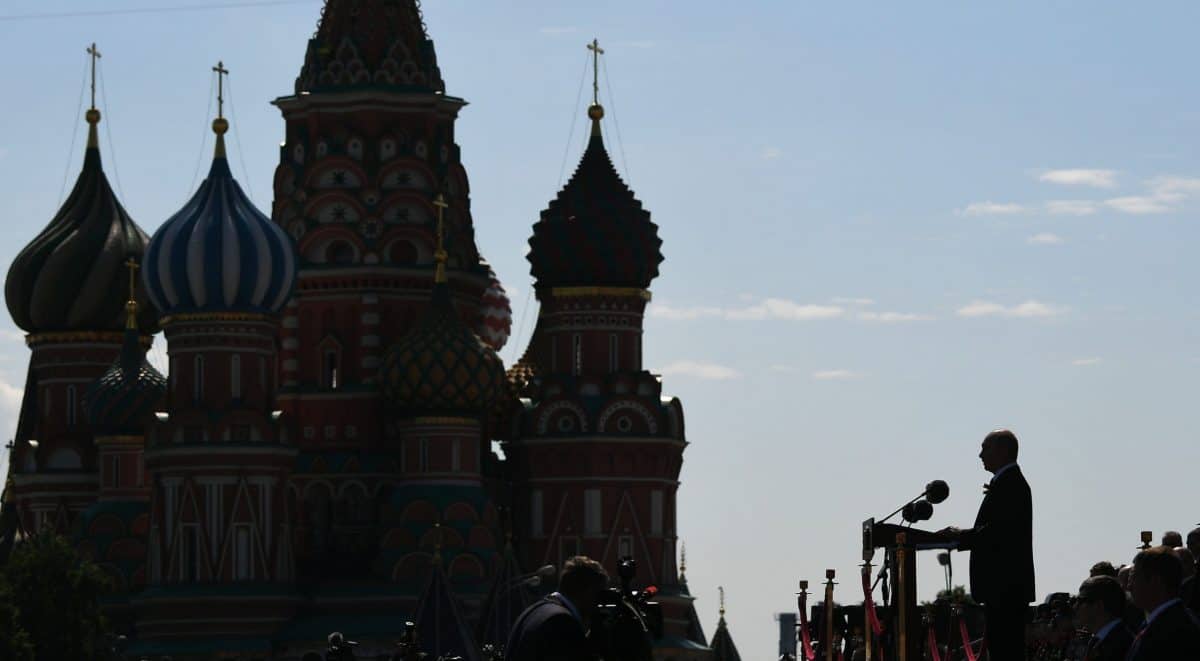 The hotly-anticipated Russia report has been published. It spans a fascinating 50 pages and, taken together, offers a forensic analysis of the Kremlin’s interference in British politics since the 1990s.

It is not, as some might have hoped, a smoking gun which invalidates the Brexit vote. The EU Referendum is addressed by the Intelligence and Security Committee (ISC) in ten paragraphs, in which the government is castigated for its lack of preparedness and subsequent reluctance to investigate Russian influence campaigns.

Britain’s government and security service treat the issue of defending the UK’s democratic processes as a ‘hot potato’, with “no one organisation recognising itself as having an overall lead,” it states. It points to the maleficent roles played by state-owned media like RT and Sputnik, and the deviousness of ‘bots’ and ‘trolls’.

But, really, the Russia report is not about Brexit. Instead it paints a picture of a country which has become the plaything of Russian oligarchs and elites, who have twisted and manipulated Britain’s systems, processes and institutions to their will with impunity.

Since 9/11, the report suggests, the intelligence community “took their eye off the ball”. Attention and resources were devoted to the fight against terrorism, and successive governments were determined to maintain business ties with Moscow.

“The UK,” the ISC writes, “welcomed Russian money, and few questions – if any – were asked about the provenance of this considerable wealth.”

Britain “offered ideal mechanisms by which illicit finance could be recycled through what has been referred to as the London ‘laundromat’,” the report continues.

Russian money was poured into “extending patronage and building influence across a wide sphere of the British establishment”, spawning a network of lawyers, security and PR firms, charities, academic and cultural institutions that all “contributed to a ‘reputation laundering’ process.”

Bill Browder – a prominent campaigner since the death of Sergei Magnitsky, a Russian lawyer working on his behalf – told the committee that a ‘buffer’ of legitimate-seeming Westerners have “become de facto Russian state agents”.

From Litvinenko to Skripal

Westminster’s hands-off approach persisted from the murder of Alexander Litvinenko in 2006, through Vladimir Putin’s annexation of Crimea in 2014. It was only the attempted assassination of Sergei Skripal in Salisbury using a weapons-grade nerve agent in 2018 that, arguably, forced Britain to push back.

But, by that point, the horse had bolted. Russian influence in the UK is “the new normal”, the ISC said, “and there are a lot of Russians with very close links to Putin who are well integrated into the UK business and social scene, and accepted because of their wealth.”

Russian money is now so embedded in what the ISC terms ‘Londongrad’ that it “cannot be untangled”.

The body tasked with disrupting illicit Russian financial activity is the National Crime Agency but, the report says, it “lacks the resources required in terms of financial investigators, technical experts and legal expertise”.

The NCA is, in sum, toothless in the face of the wealth and clout wielded by those they are seeking to oppose. Resignedly, the committee concluded that the priority now “must be to mitigate the risk”.

All of this is is not to say that Russia’s attempted meddling in Britain’s electoral process does not matter. It does, and the government’s unwillingness to confront it – out of fear that it delegitimises its successes at the ballot box in 2016 and 2019 – is extremely damaging.

But the real takeaway from the Russia report should not be the existence of GRU ‘bots’ fanning the flames on social media.

It lays bare, for anyone who has not been paying attention, how and why Britain has become a place where a Kremlin defector can be poisoned in a London hotel without consequence.

It illustrates why, as Buzzfeed so brilliantly revealed, Putin feels sufficiently emboldened to order a string of murders on British soil, even going so far as to use a chemical weapon in the sleepy town of Salisbury.

And, above all else, it illustrates the complacency and complicity of British governments that have turned a blind eye and let it all happen.