Wildfires in the Amazon, which produces a fifth of the world’s oxygen, have increased by 84% since last year. 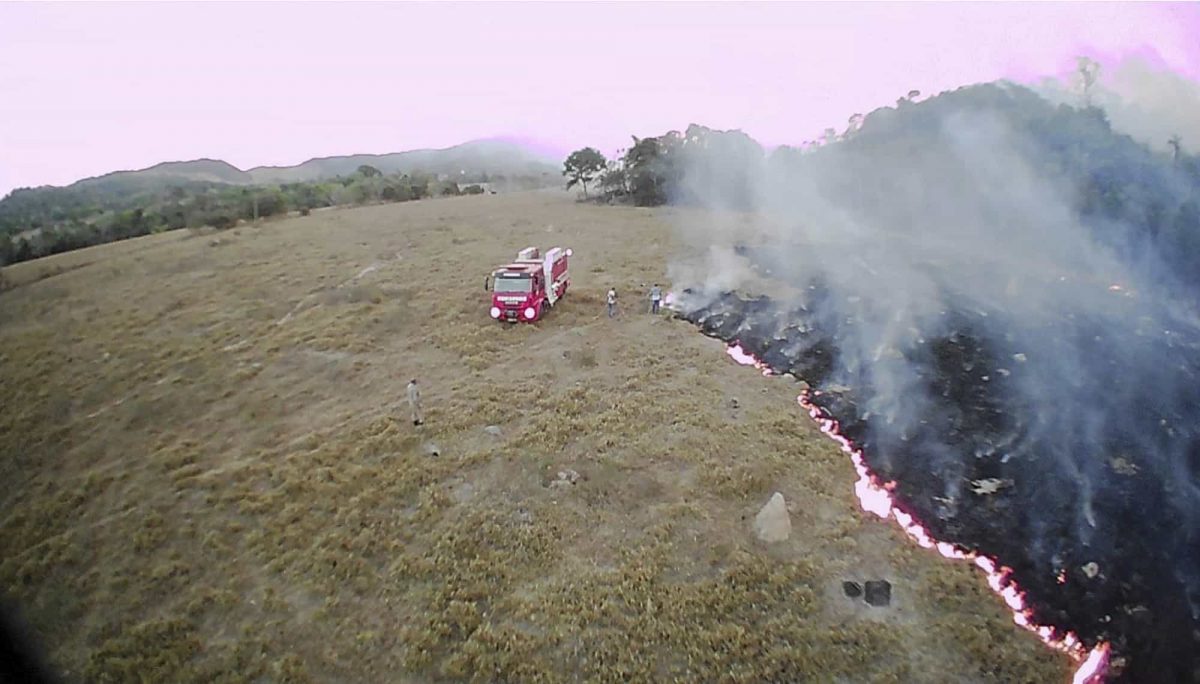 A close ally of Prime Minister Boris Johnson has been criticised for failing to publicly speak out during a trip to Brazil about the damage being wreaked upon the Amazon rainforest by wildfires.

Labour’s Barry Gardiner accused Trade Minister Conor Burns of “cosying up” to pro-deforestation ministers while on Government business, and said he should instead have been calling on the country’s right-wing leadership to do “everything they can to protect the rainforest”.

Brazilian federal experts reported a record number of wildfires across the country this year – up 84% over the same period in 2018 – and environmental agencies have pointed the finger at the country’s government.

Mr Burns posted on social media images of him drinking champagne with Brazilian minister Marcos Troyjo, who has backed President Jair Bolsonaro’s policy of deforestation of the Amazon.

The Conservative MP for Bournemouth West called Mr Troyjo “superb” after meeting him to discuss “increasing trade and prosperity” between Britain and Brazil.

The Department for International Trade said Mr Burns, who is currently in Chile, had “raised environmental concerns in every meeting he has been in” since arriving in South America.

Shadow trade secretary Mr Gardiner said: “While Bolsonaro lets agribusinesses burn the Amazon, this week a UK Government minister has been busy cosying up to the Brazilian President’s officials.

“Instead of posing for photographs with far-right Brazilian politicians, ministers should be calling on Brazil to do everything they can to protect the rainforest.

“The Government must insist that Brazil honours environmental clauses in existing trade agreements and fulfils their commitments under the Paris Agreement.”

Amnesty International blamed the Brazilian government for the fires, which have escalated international concern over the vast rainforest that is a major absorber of carbon dioxide from the atmosphere.

Brazil contains about 60% of the Amazon rainforest, whose degradation could have severe consequences for global climate and rainfall.

There has been a public outcry, including from politicians, environmental agencies and celebrities, about the record number of forest fires in Brazil this summer.

French President Emmanuel Macron has called the wildfires an international crisis and said the leaders of the G7 group of nations should hold urgent discussions about them during their summit in Biarritz, France, this weekend. View this post on Instagram

It is devastating to see our world suffer. The Amazon rainforest is burning at a record rate and there have been 80% more fires this year compared to last. Scientist refer to the Amazon as the earths lungs as it produces 20% of the oxygen we breath. More than a soccer field is being destroyed every minute everyday, the world needs to come together and help. If you haven’t already, please post about it, it is vital we continue to spark action. @unitednations if there is anything I can do, I’m ready to help in anyway I can. #healtheworld #brazil #pray

Mr Macron tweeted: “Our house is burning. Literally. The Amazon rain forest – the lungs which produces 20% of our planet’s oxygen – is on fire.”

The likes of singer Madonna, footballer Cristiano Ronaldo and Formula 1 champion Lewis Hamilton have spoken out about the fires raging in the rainforest.

The British racing car driver said: “More than a soccer field is being destroyed every minute everyday, the world needs to come together and help.”