Thunberg took to the stage to chants of ‘Greta, Greta’ from the schoolchildren who had gathered in the rain, many holding placards and banners. 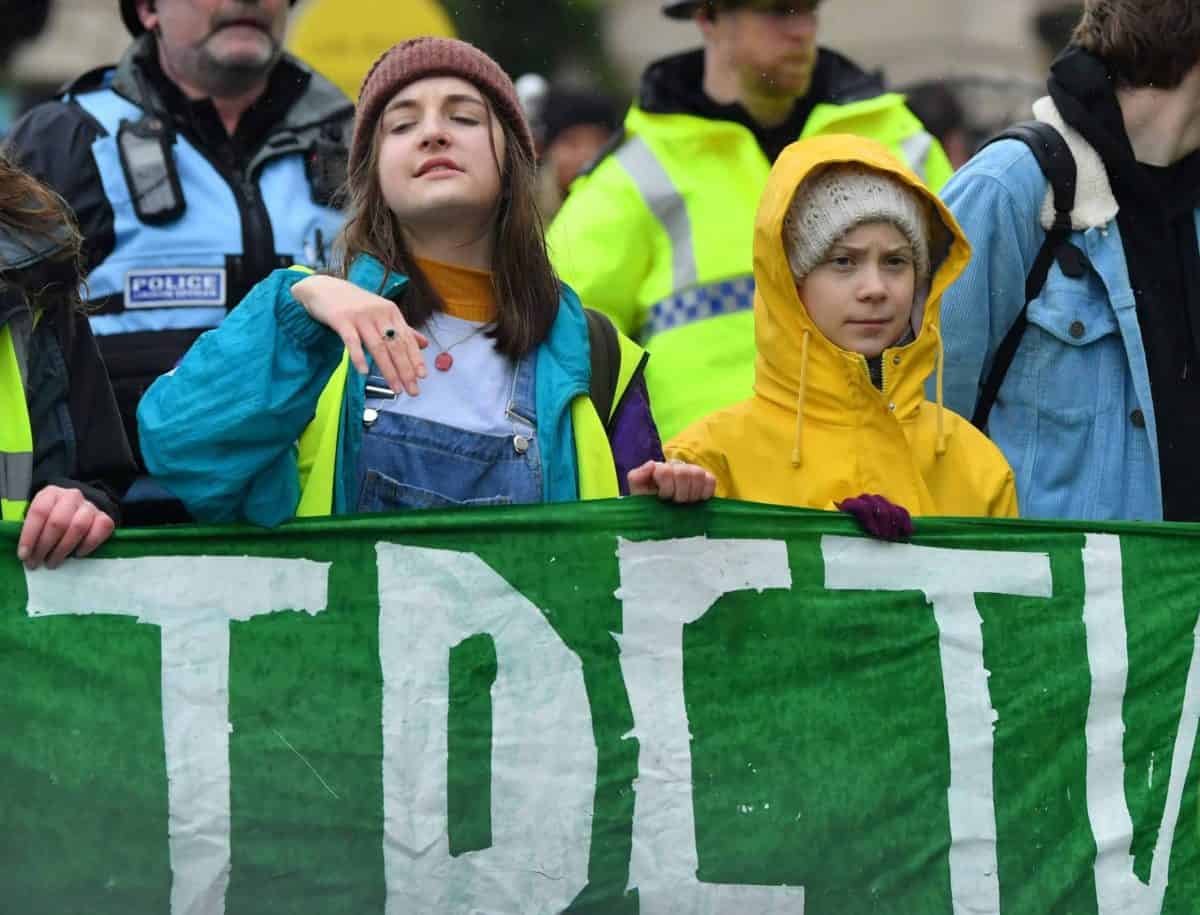 Greta Thunberg has taken aim at officials and governments as she told thousands of climate activists that “they are behaving like children, so it falls on us to be the adults in the room”.

The 17-year-old activist was the headline speaker at The Bristol Youth Strike 4 Climate on College Green in the city, which she said she chose to visit because the environmental movement there was “very strong”.

Police said there were more than 20,000 at the event, although organisers said they estimated the figure to be closer to 30,000.

Greta took aim at officials as she delivered her speech, saying: ““Once again, they sweep their mess under the rug for us – young people, their children – to clean up for them.

“But we must continue and we have to be patient. Remember that the changes required will not happen overnight since the politics and solutions needs are far from sight.”

The teenager earlier took to the stage to chants of “Greta, Greta” from the schoolchildren who had gathered in the rain, some holding placards and banners.

She told them: “We will not be silenced because we are the change, and change is coming whether you like it or not.

“This emergency is being completely ignored by the politicians, the media and those in power.

“Basically, nothing is being done to halt this crisis despite all the beautiful words and promises from our elected officials.

“So what did you do during this crucial time? I will not be silenced when the world is on fire.”

The Swedish teenager went on to join protesters, including school pupils, on a march through Bristol city centre accompanied by a Samba band.

Earlier, as she arrived at Bristol Temple Meads station, disembarking a train on her own, Greta told how she had chosen to visit Bristol particularly for “many different reasons”.

She said: “The movement is very strong here and I had contact with people who were here.”

She said she hoped the event would be a “gathering of people standing together in solidarity”.

Mya-Rose was the youngest person to be awarded an honorary doctorate from the University of Bristol last week.

The student called for greater diversity in the climate movement.

She told the crowd: “Greta, welcome to our amazing city and thank you for being with us today.

“We have to engage with all of our communities in order to properly fight climate change.

“An unequal world can never be a sustainable one.”

Avon and Somerset Police has warned of the potential for protesters to be hurt from “tripping, falling or being crushed by the crowds” given the anticipated popularity of the event.

In a response posted on Twitter, Bristol Youth Strike 4 Climate said they had “no time for being patronised”.

Organisers said they were “honoured” to be welcoming Greta to Bristol for their 10th strike.

“After Thunberg founded the school strike movement, sitting in solitude outside of the Swedish parliament in 2018, millions of students across the world have been walking out of lessons monthly to protest government inaction on pressing climate matters,” they said.

A number of road closures have been put in place around the city centre between 9am and 5pm to “minimise risk of harm”, police said.

“Bristol City Council and the Avon and Somerset Police are unable to accurately predict how large this event will be, however we have confirmation of people travelling from across the UK to attend,” they said.

They urged people to allow extra time for travel and consider whether their journey was necessary.