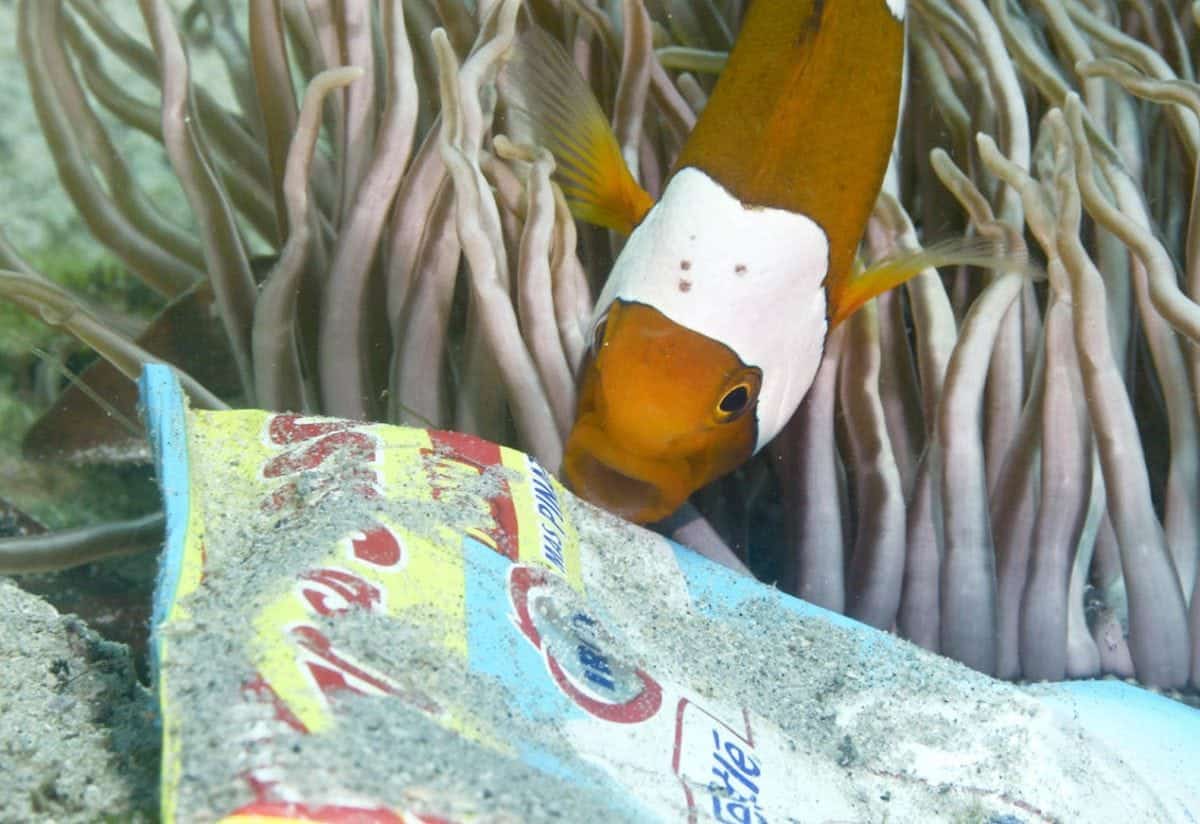 The state of plastic pollution in the world’s oceans is brought into stark relief by this picture of a baby clownfish playing next to a Nestle food wrapper in the South China Sea.

The fish along with its parent, just like in the hit film Finding Nemo, are staying close to their anemone as the plastic wrapper sits nearby.

In another shot, taken by British scuba diver Dr Alex Tattersall, the parent fish has a nibble at the piece of sea litter. 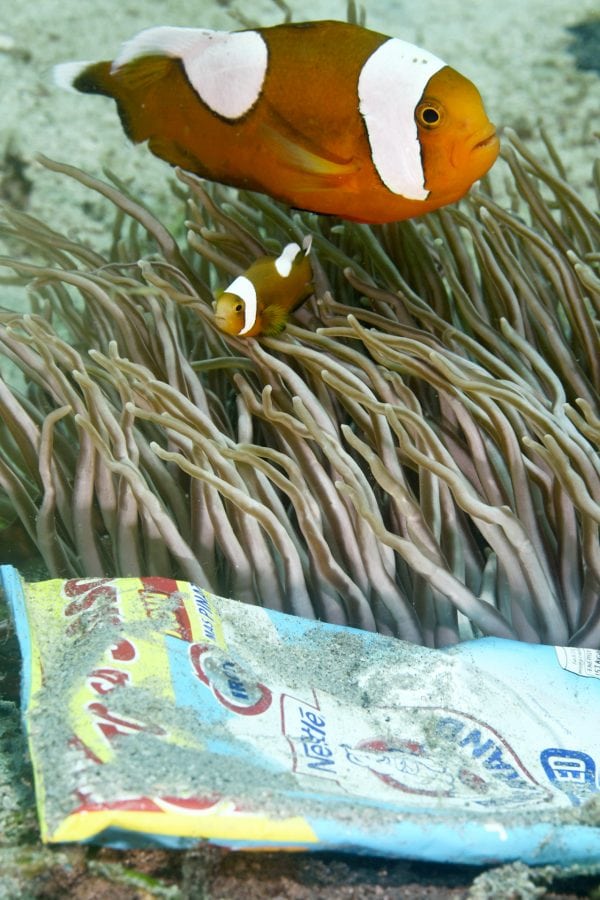 Dr Tattersall, 45, from Bournemouth, said: “These are saddleback or panda anemone fish in Puerto Galera, Mindoro Island, The Philippines.

“I was about 30 feet down and whilst this area is genearlly very clean of plastics, this Nestle wrapper had become caught in the anemone host.

“The anemone fish were pecking at it to try to dislodge it.

“It just brought home to me further the invasive nature of human activity and how our waste affects life that most people don’t have the chance to see.”

A recent episode of Sir David Attenborough’s hit series Blue Planet showed the danger to wildlife that plastic waste causes in the sea.

As well as the junk that we can see, it eventually gets broken down into tiny particles that enter the sealife, poisoning both them and the food chain.

If you were outraged by plastic choking oceans on Blue Planet finale, you’ll be appalled by this