An extremely rare bird has been born at a UK zoo for the first ever time — with a face only its mother could love. The Philippine cockatoo chick, which has not yet been named, hatched last week weighing a tiny 0.207 lbs. But the chick quickly became a contender for the ugliest bird in […] 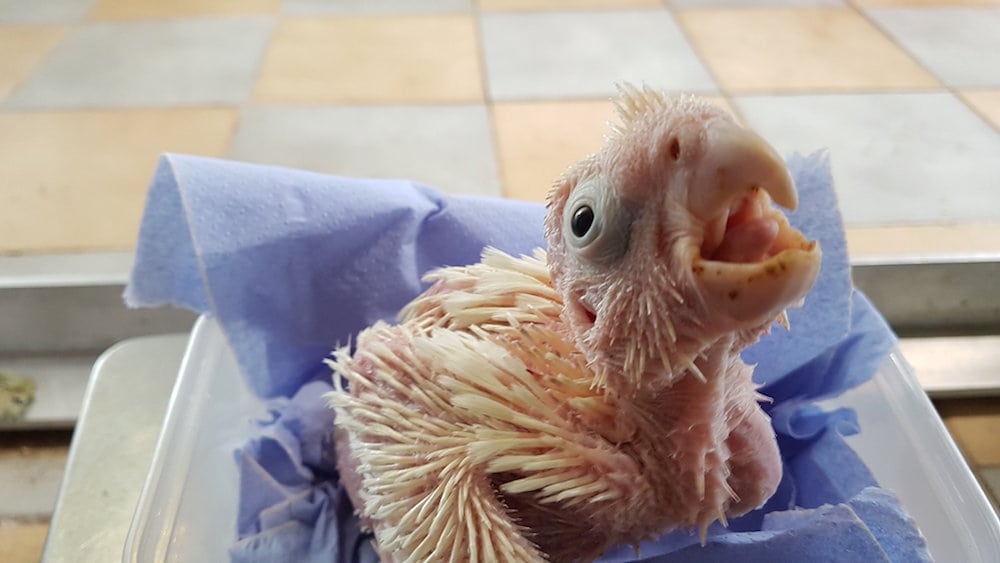 An extremely rare bird has been born at a UK zoo for the first ever time — with a face only its mother could love.

The Philippine cockatoo chick, which has not yet been named, hatched last week weighing a tiny 0.207 lbs.

But the chick quickly became a contender for the ugliest bird in the world with its saggy, featherless skin and crusting, undeveloped beak.

It will, however, find comfort in the fact that one day he will grow up to be a beautiful white bird, with bright orange and yellow tail feathers on its underside.

The chick’s arrival at Bristol Zoo gardens is particularly significant because the breed of bird is on the International Union for Conservation of Nature’s red list.

The critically endangered species has seen a rapid population reduction owing to extensive loss of its lowland habitats and trapping for the cagebird trade.

The chick’s family is now being kept under close surveillance because the parents have never reared any young before.

Its parents were brought to Bristol Zoo in 2004 and have since divided their time between there and the Wild Place Project near Cribbs Causeway.

Bristol Zoo Gardens team leader of birds, Trevor Franks, said during his ten years at he had only previously seen one egg from this pair of Philippine cockatoos – and that had been broken.

Miraculously the pair produced four eggs this year, two of which were fertile and one of which has hatched, after being incubated for 28 days.

He said: “This year things really took off. When the egg hatched we were really jumping for joy.”

As their name suggests, the birds originate from the Philippines, where they were common until 1950.

They have since gone into a rapid decline, with the population dwindling.

It is now estimated that the population stands at between just 560 and 1,150.