A new report says the burning of peatland by grouse moor estates is contributing to the climate emergency. 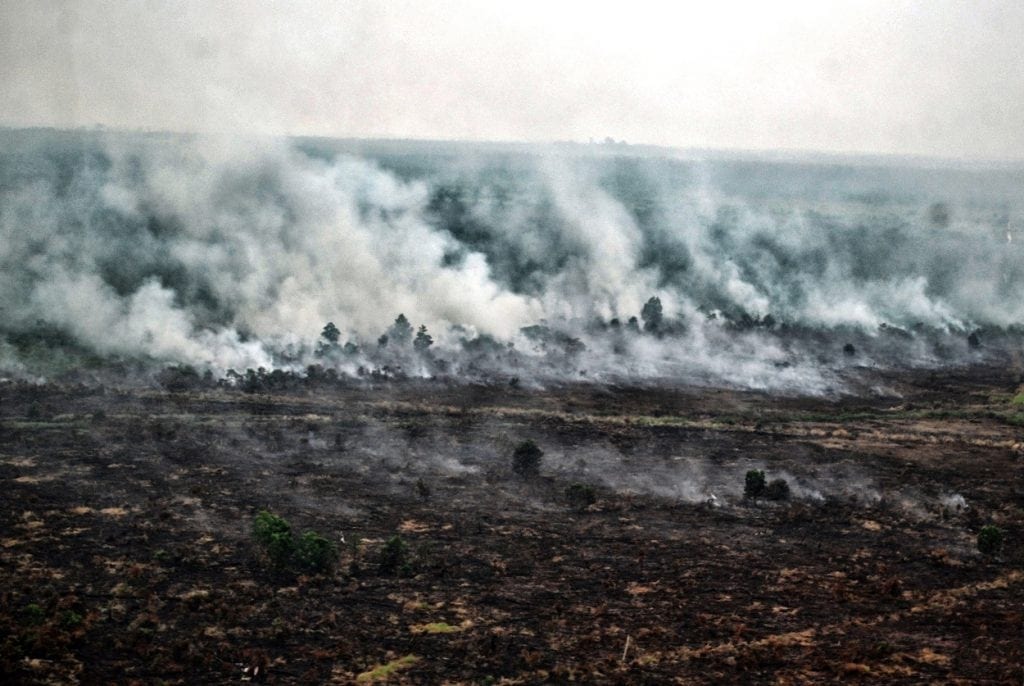 Just 124 people own the majority of deep peat in England – the nation’s single largest carbon store, new analysis has found.

According to Natural England, 450,000 hectares of peat soils store 584 million tonnes of carbon – equivalent to the annual emissions from 540 coal-fired power stations in the US.

England’s peatlands emit around 11 million tonnes of CO2 into the atmosphere every year through draining and degradation. The government plans to restore 280,000 hectares of peatland in England by the middle fo the century.

A new report by environmental campaigner Guy Shrubsole, author of Who Owns England?, has revealed that 60 per cent of the country’s peatlands are owned by a small clutch of landowners.

‘We need the UK public to help’

Alongside large areas of land owned by the Duchy of Cornwall, Forestry Commission and the Ministry of Defence, just 124 landowners control more than 450,000 hectares of England’s peat.

“England’s single largest carbon store is owned by a vanishingly small number of landowners, whose mismanagement of this ecosystem by burning and draining it is currently adding to the climate disaster,” Shrubsole told The Guardian.

He added: “The public urgently needs to challenge these landowners to protect and restore our peatlands, so that they help fix climate breakdown rather than making it worse. And the UK government must tighten its peatland-burning legislation, so that landowners can no longer set fire to our carbon.”

One solution to protect Britain’s wild places is taxing estates who fail to catch carbon emissions according to experts – but Moorland Association, who represents grouse moor owners in England, insisted its members do restore the land and that managed burning “helps prevent and limit the spread of wildfires”.

A Department for Environment, Food and Rural Affairs spokesperson said rotational burning of protected peatland needs to be eliminated and brought forward legislation in order to preserve the lands.

The spokesperson also told The Guardian that the government is helping the landowners in question in restoring the peatlands.

Peatlands are critical in the fight against a climate catastrophe because they can store eight times as much carbon as a similarly-sized tropical rainforest.

But last month, researchers revealed almost a fifth of UK’s peatland has deteriorated since 2016.

Andrew Sowter, director at Terra Motion, which monitors land movements, said “significant areas of peatlands are collapsing across the country”, adding it is a “likely sign of extensive damage”.

Sowter, who was quoted by the i newspaper saying UK peatland restoration could bring £500 million a year, argued there is a big commercial value on top of environmental benefits.

He added: “Peatland restoration is a nature-based solution which brings with it other co-benefits such as improved biodiversity and water quality, as well as the promise of increasing job opportunities in rural areas, which also have significant economic benefits to landowners and local communities.

“Using an estimate of £1,000 per hectare for total restoration costs, we conclude that with an appropriate carbon offsetting scheme, any actual costs of a restoration project could be easily recovered in the first few years of operation, making investing in peatlands restoration a highly lucrative proposition.”