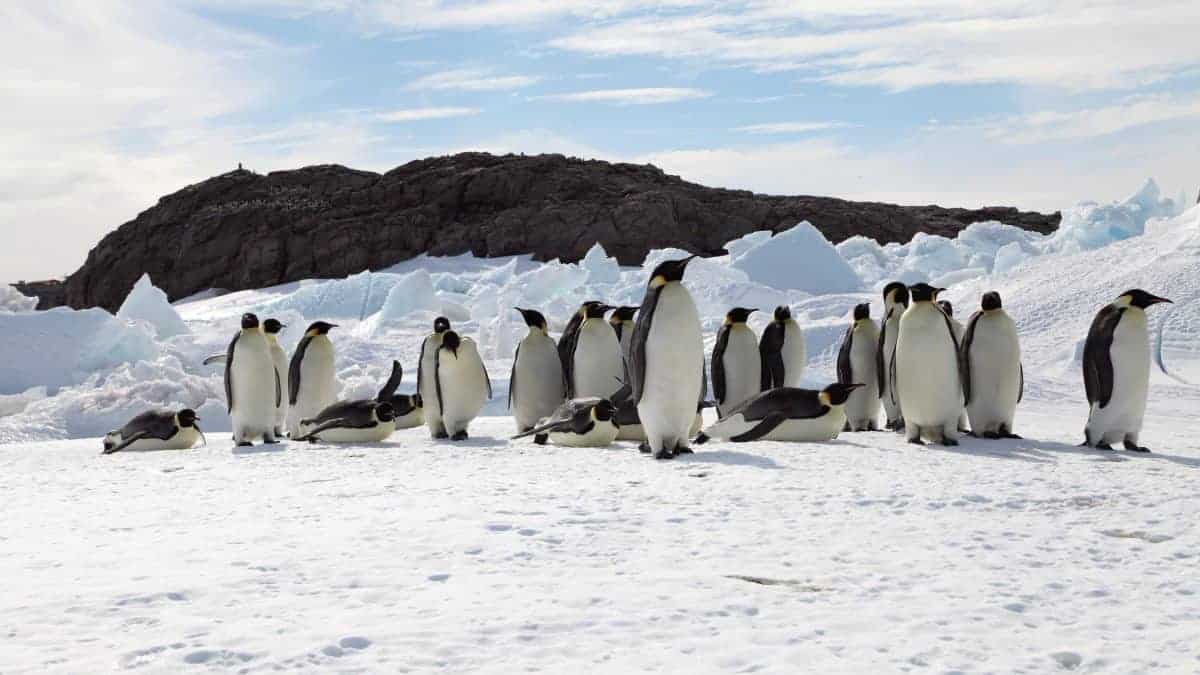 Emperor penguins could be wiped out by climate change within 80 years, warns a new study.

The fate of the birds – some of the most striking and charismatic creatures on Earth – is largely tied to the fate of sea ice which they use as a base for breeding.

Emperor penguins tend to build their colonies on ice with extremely specific conditions.

It must be locked in to the shoreline of the Antarctic continent, but close enough to open seawater for the birds to access food for themselves and their young.

However, as the climate warms, that sea ice will gradually disappear – robbing the birds of their habitat, food sources and ability to hatch chicks.

Lead author Doctor Stephanie Jenouvrier, a seabird ecologist at the Woods Hole Oceanographic Institution (WHOI), said: “If global climate keeps warming at the current rate, we expect emperor in Antarctica to experience an 86 per cent decline by the year 2100.

“At that point, it is very unlikely for them to bounce back.”

The first, a global climate model created by the National Centre for Atmospheric Research (NCAR), offered projections of where and when sea ice would form under different climate scenarios.

The other, a model of the penguin population itself, calculated how colonies might react to changes in that ice habitat.

“It can give a very detailed account of how sea ice affects the life cycle of emperor penguins, their reproduction, and their mortality.

“When we feed the results of the NCAR model into it, we can start to see how different global temperature targets may affect the emperor penguin population as a whole.”

The researchers ran the model on three different scenarios.

First, a future where global temperature only increases by 1.5 degrees Celsius – the goal set out by the Paris climate accord.

Under the first scenario, the study found that just five per cent of sea ice would be lost by 2100, causing a 19 per cent drop in the number of penguin colonies.

If the planet warms by two degrees, however, those numbers increase dramatically. The loss of sea ice nearly triples, and more than a third of existing emperor penguin colonies disappear.

The ‘business as usual’ is even more dire, Dr Jenouvrier explains, with almost all penguin colonies all but guaranteed.

She said: “Under that scenario, the penguins will effectively be marching towards extinction over the next century.”

The study, part of an international scientific collaboration, was published in the journal Global Change Biology.