The image of The Last Supper, featuring a black Christ, was on display in St George's Church, Nailsworth, Gloucestershire 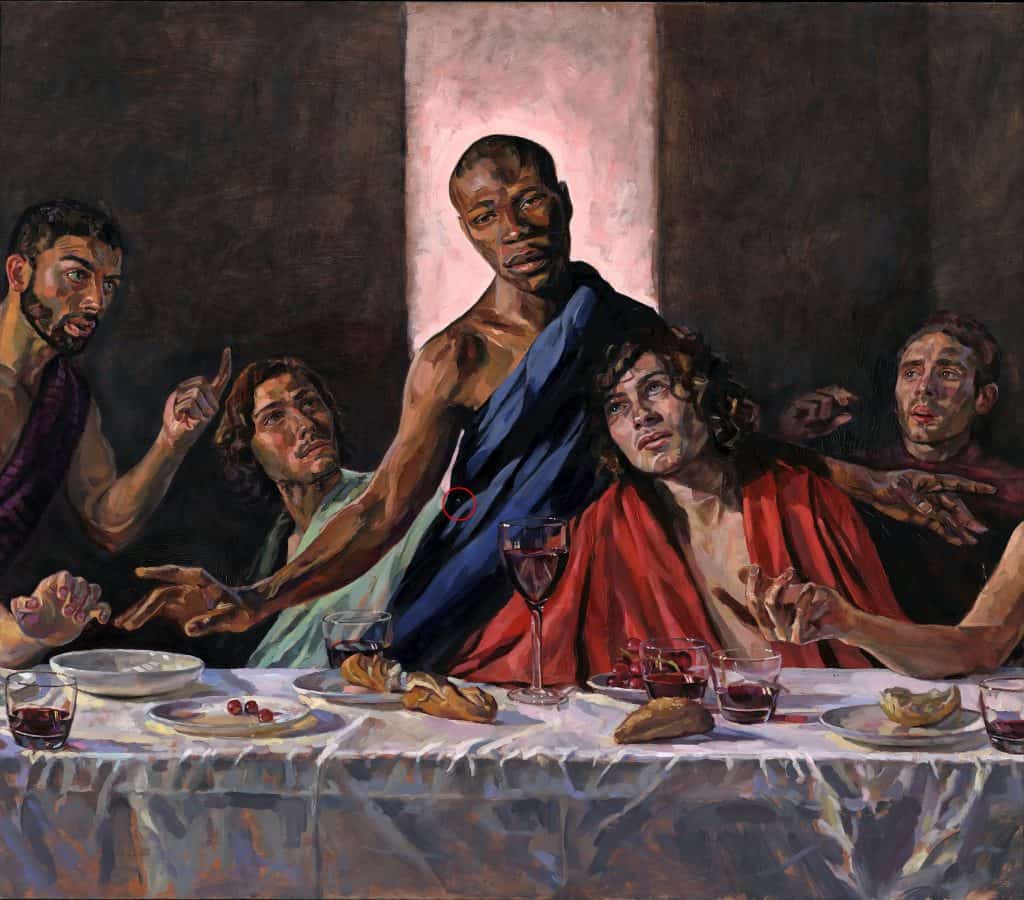 A portrait of The Last Supper which depicts Jesus as a black man has been SHOT with an air-rifle while hanging on the wall of a church.

The iconic painting which shows Christ and his 12 disciples during his last days before he was betrayed by Judas had been reimagined by artist Lorna May Wadsworth.

In her version, Christ was portrayed as black man – and the painting was on display at St Geroge’s Church, Nailsworth, in the Cotswolds, Gloucestershire.

But when she went to inspect the painting, ahead of moving it to an exhibition in Sheffield, she noticed a tiny pellet hole in the canvas, the BBC reports.

She added that images of the damage were shown to a ballistics expert who told her it was caused by an air rifle.

Lorna told the BBC said: “I was always aware that [painting a black Jesus] might be controversial, but I never dreamed that anyone could have a reaction that was so violent.”

The pellet hole was found on Jesus’ side – at the same point where he was stabbed by a Roman soldier while on the cross to make sure he was dead.

Reverend Caroline Bland, the vicar of St George’s, said she didn’t know how the damaged was caused.

Church treasurer Miles Robinson said: “I’ve looked at the picture over a number of years and it’s not a smooth surface, so from the oil side you don’t obviously see it.”

Lorna’s painting is due to be shown in an exhibition at Graves Gallery in Sheffield, starting on Saturday.

The church may now have to look into security measures to prevent a repeat incident.