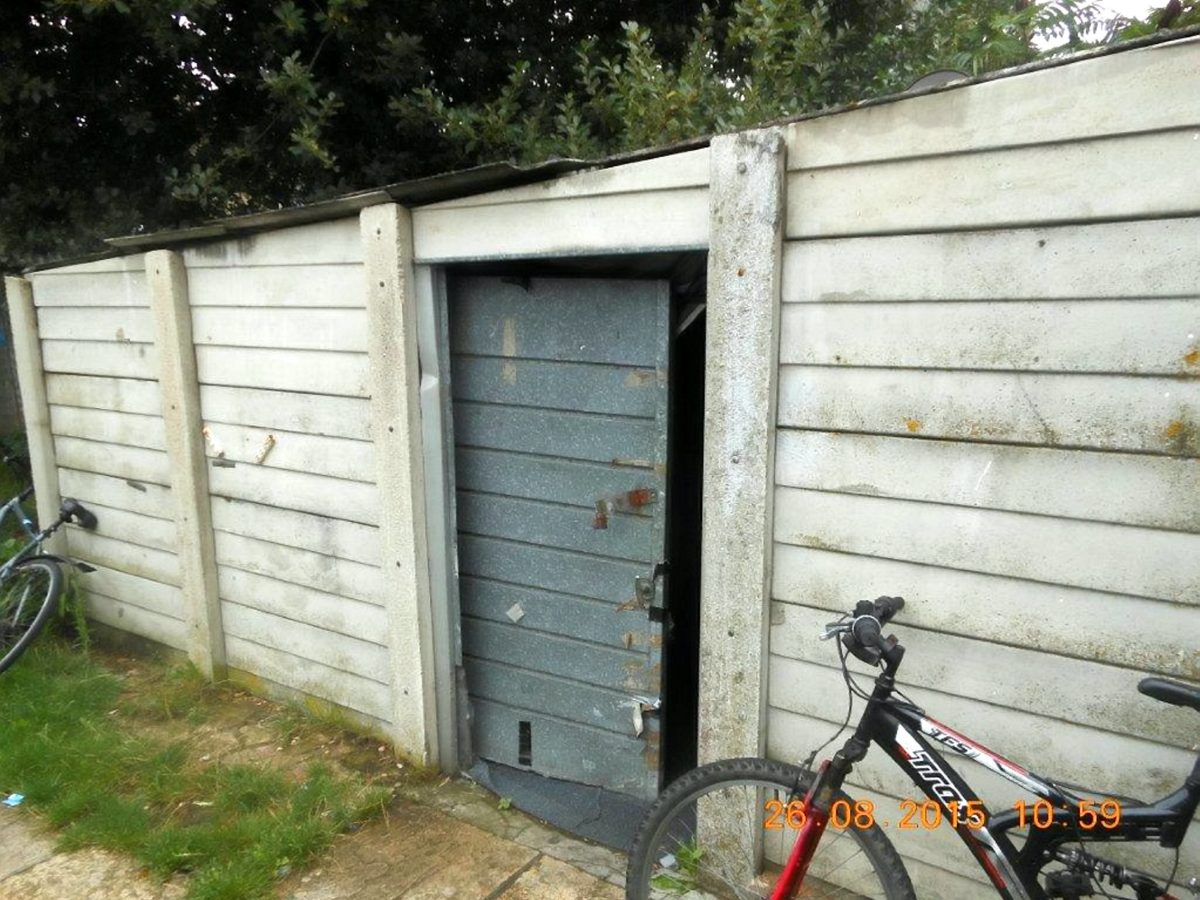 A council used a plane with thermal imaging to catch dozens of rogue landlords keeping tenants in ‘appalling’ conditions – including some living in garden SHEDS.

The aircraft spotted illegal structures where often vulnerable people are charged to live in cramped squalor.

They include tenants sleeping on mattresses on shed and garage floors.

A total of 21 such sheds have been shut down by Oxford City Council and 31 enforcement notices served on landlords in the past 18 months.

Now council leaders are calling on residents to report more rogue landlords allowing people to bed down in sheds.

The authority launched its mission to find the illegal buildings in January last year, following a £274,942 government grant.

This paid for three additional full-time members of staff for two years.

The council also pays for the aerial thermal imaging to find garages or outbuildings with heat levels that could indicate people living in them without proper facilities.

Cabinet member for housing Linda Smith is now urging residents to call the council if they know of any beds in sheds.

She said: “If you think there are beds in sheds in your neighbourhood, please contact our private sector safety team and we’ll take action.

“Oxford has the highest proportion of private rented homes in the country and every private tenant should have a decent roof over their head.

“We work proactively to drive up standards in private rented housing and we won’t tolerate rogue landlords exploiting tenants by providing substandard and dangerous housing – whether this is a bed in a shed, a house in multiple occupation or a family home.

“Conditions in some of these beds in sheds are appalling and we won’t accept this.”

The ‘sheds’ are outbuildings that have been constructed without planning permission or building regulations approval and then rented out for profit.

The government funding has enabled the team to visit more than 1,000 suspected beds in sheds since January last year.

While some outbuildings are offices or gyms, others are used for accommodation and this has resulted in 21 beds in sheds being shut down and 31 enforcement notices being served.

The team expect to visit another 400 suspected beds in sheds by the end of the year.

The inspections have also revealed more than 70 privately-rented properties requiring inspection and a number of unlicensed houses in multiple occupation (HMOs) which have been referred to the HMO enforcement team to investigate.

Using a Housing Health Cost Calculator, the council estimates that the work of the two teams results in an average £40,000 a year in NHS savings and £538,800 a year in savings to society.

Although the private sector safety team uses information from tenants and members of the public, most structures are targeted following an aerial thermal imaging survey.

This allows the team to identify structures such as garages and outbuildings built without planning permission emitting a ‘heat signature’.

Just this month the team inspected a house in Rose Hill and discovered a person living in a poorly constructed lean-to behind the home.

It was just 10.5 square metres and contained a number of hazards that potentially posed a threat to health.

There was no fitted heating system, just a small portable electric heater and only one small window. There was no toilet or kitchen facilities.

The property was deemed unsuitable for use as habitable accommodation and a prohibition order was served.

This required the landlord to stop using the lean-to and to remove furnishings.

The team will reinspect the premises next month to ensure the prohibition order has been complied with and assist the occupant with alternative accommodation if necessary.

The main house at the property was found to be an unlicensed HMO and has been referred for further investigation.

In another case in May last year the team discovered that a garage in a semi-detached house in Rose Hill had been converted into living accommodation.

The garage consisted of a sleeping and living area and a small shower room.

There was a microwave oven for heating food but there was no cooking appliance or other kitchen facilities.

The property was found to be unsafe and the residents at risk of injury due to electric and fire hazards, food safety issues, lack of insulation and heating, and cramped living conditions.

The landlord was served with a prohibition order, which required them to stop the use of the garage as habitable accommodation, remove the furnishings and return the garage to its intended use.

It is a criminal offence not to comply with a prohibition order issued by a local authority.

The funding for the rogue landlords project was provided by the government’s Controlling Migration Fund, with the principal aim of preventing the exploitation of migrants.

The council has a separate HMO Enforcement team that investigates breaches of HMO regulations.

If you have concerns there might be a bed in a shed in your neighbourhood you can contact the Private Sector Safety team by emailing PSST@Oxford.gov.uk.