Glyndwr Wyn Richards, 51, strapped the motor to the top of a different one to transport it on an industrial estate 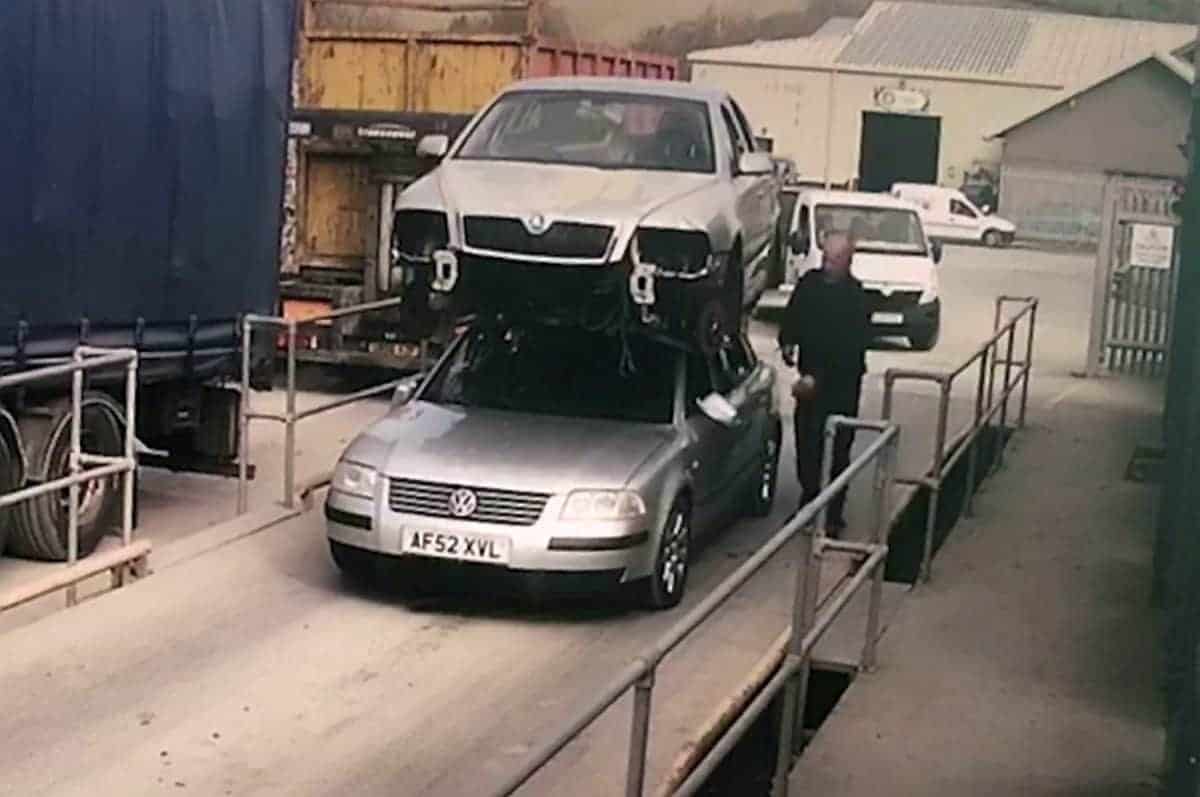 This is the hilarious moment a man was caught on camera driving a car – with another car on top.

Glyndwr Wyn Richards, 51, strapped the motor to the top of a different one to transport it on an industrial estate.

He told magistrates he recognised that it was a “stupid thing to do” but had only taken in 300 yards.

Richards, of Llanfarian, Wales, insisted there was no danger of the top car falling as he drove it through the Glanyrafon industrial estate on March 26.

Richards, pleaded guilty to using a vehicle with a load likely to cause danger of injury.

He said it was out of character for him to do something like that but said there had been measures taken to ensure safety.

Prosecutor Ceri Ellis-Jones said PC Phil Westbury had been sent a What’s App message showing footage of the car being driven by Richards with another car on top.

Ms Ellis-Jones said police had sought information from the Driver and Vehicle Standards Agency about regulations on vehicle loads and how items should be secured safely.

A DVSA inspector who watched the footage, said that even with a strap in place, the load was not secure as the top car wasn’t secured in all directions.

While the inspector recognised there was a van following the car to try and provide protection for other cars, but said that was inadequate as there were still cars driving in other directions.

Richards, who represented himself, said: “It was a stupid thing to do obviously.”

But he added that the top car had been strapped down and that the stability had been tested by lifting the cars with a forklift truck.

Richards also said that he had only driven around 300 yards at five-miles-per-hour and that he had pulled in and stopped when he saw any other car on the road.

He insisted that “there was no way it was going to fall off”, but said that he accepted he should have moved the car in a different way, saying that it was out of character for him.

While magistrates could have banned Richards from driving, they said that his lack of any previous convictions meant they felt a disqualification would be excessive.
Instead Richards was given three penalty points on his driving licence.