“If you enjoy clowns my advice is go to the circus, don’t put them in No 10, in charge of our country", the shadow chancellor said. 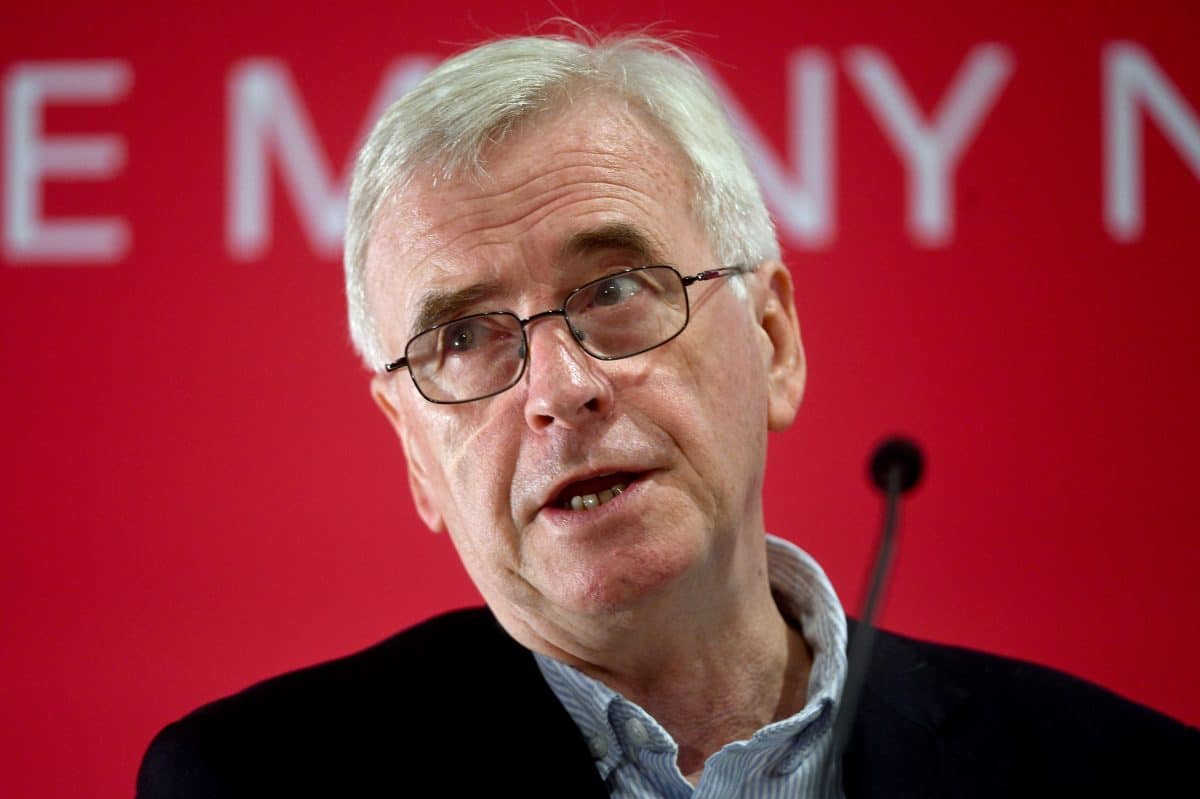 Boris Johnson has been branded a “dictator” by John McDonnell in a speech ahead of the spending review.

The shadow chancellor said Downing Street was being run like the Bullingdon Club as Chancellor Sajid Javid prepares to take centre stage.

He accused Mr Johnson of “treating us like serfs” and warned the public would not tolerate his antics.

The remarks come after the Prime Minister’s controversial decision to suspend Parliament for more than a month.

I give Boris Johnson this warning

The Hayes and Harlington MP said: “I just give Boris Johnson this warning, really.

“Trying to undermine the very institution that people have given their lives for, to secure this democracy – to try to undermine that flies in the face of a whole history and centuries of democratic advancement in this country.

“I don’t think the British people will tolerate that. They have stood up to dictators before and they will stand up to this one as well.”

No-confidence vote on the table

Jeremy Corbyn’s number two confirmed Labour would keep the option of a no-confidence vote in the Government “on the table” in a bid to stop a no-deal Brexit.

He said he thought Mr Johnson had, after his decision to prorogue, “mobilised a majority” against his own administration in the House of Commons.

He said it had the sole aim of “shifting enough votes to get them into power” at the next election.

Election as soon as October or November

Addressing the media and party supporters at Church House in Westminster, he predicted there could be an election as soon as October or November.

He said “grandiose announcements” from the PM about forthcoming money for the NHS, education and policing proved “austerity was always a political choice, not an economic necessity”.

Mr McDonnell said: “The new Prime Minister seems to have dazzled some people with his boosterism and clowning.

If you enjoy clowns my advice is go to the circus, don’t put them in No 10

“If you enjoy clowns my advice is go to the circus, don’t put them in No 10, in charge of our country.

“He tells us all to be more optimistic whilst labelling as ‘doomsters’ those who don’t fall for his routine.

“Try telling that to children who have just spent the summer scavenging in bins for food – according to the Childhood Trust – because they can’t afford to eat without free school meals.

“Tell that to those being housed in shipping containers due – according to the Children’s Commissioner for England – to a shortage of affordable housing, cuts to Universal Credit and the housing benefit freeze.”

He added: “Look, telling the truth about the poverty created by the Conservatives isn’t ‘running Britain down’.

“And solving those problems won’t come from crossing our fingers, hoping for the best and trusting the Tories with our public services.”