The milestone comes as the UK reaches the halfway point to its legally-binding target of achieving ‘net zero’ greenhouse gases by 2050. 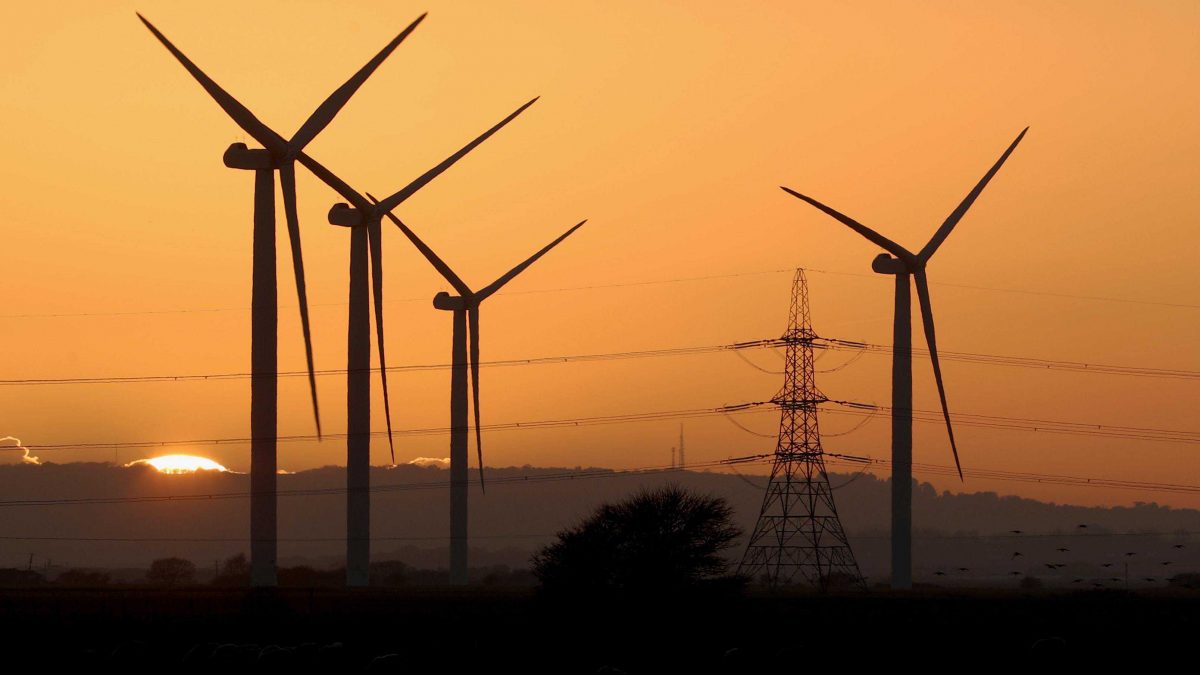 The past year was the cleanest on record for the British grid as zero carbon technology such as wind, solar and nuclear exceeded electricity supplies from polluting fuels such as coal and gas over the 12 months.

That compares to 43% generated by fossil fuels.2.3%The proportion of Britain’s power supplied by wind, solar and hydro in 1990

The remaining 8.5% was generated by biomass, which is renewable but produces carbon emissions when the wood pellets used to make the power are burned, and waste.

The milestone comes as the UK reaches the halfway point to its legally-binding target of achieving “net zero” greenhouse gases – effectively cutting the country’s emissions by 100% on 1990 levels – by 2050.

It is a dramatic change from 1990 when coal made up three-quarters of the power supply in Britain and wind, solar and hydro accounted for just 2.3%.

These zero carbon renewables made up 26.5% of the power mix in 2019 while coal accounted for just 2.1%, the figures from the company show.

But Labour MP Lisa Nandy, a former shadow energy secretary who has signalled she could run for party leader, accused the Government of “turning a blind eye” to the funding by British financiers of non-renewable energy projects elsewhere in the world.

She said: “Some of the dirtiest power stations in the world, which are threatening our climate safety and in doing so raising flood risks here in Britain, are only getting built because Tory ministers are letting the banks regulate themselves on climate change. In the year we host a major UN climate change summit, that has to stop.”

Historic moment for the UK

National Grid chief executive John Pettigrew said: “As we enter a new decade, this truly is a historic moment and an opportunity to reflect on how much has been achieved.

“At National Grid, we know we have a critical role in the acceleration towards a cleaner future and are committed to playing our part in delivering a safe and secure energy system that works for all.”

The figures draw on data from sources including Elexon, Sheffield Solar, ENTSOe and National Grid’s own analysis.

National Grid said it had set out plans to invest almost £10 billion in the UK’s gas and electricity networks over five years, including £1 billion to help the shift in net zero.

That includes investments in new equipment and technology to help the electricity system operator (ESO) operate a net zero carbon electricity system by 2025, so it can cope with periods when only renewables and nuclear are on the system.

The past year has also seen a number of records for the grid, including new highs of wind and solar power generation and going 18 days without electricity from coal.

The grid also saw its greenest day since the industrial revolution ‪on August 17‬ when 87.9% of power came from low carbon sources and the pollution from electricity generation fell to a low of 57 grams of carbon dioxide per kilowatt hour of power, National Grid ESO has revealed.

Business and Energy Secretary Andrea Leadsom said: “These figures demonstrate just how far we’ve come, having just had the best year for renewable energy on record.

“I fully expect to see even greater strides in 2020, as a crucial part of meeting our legally-binding target to eliminate our contribution to climate change by 2050.”