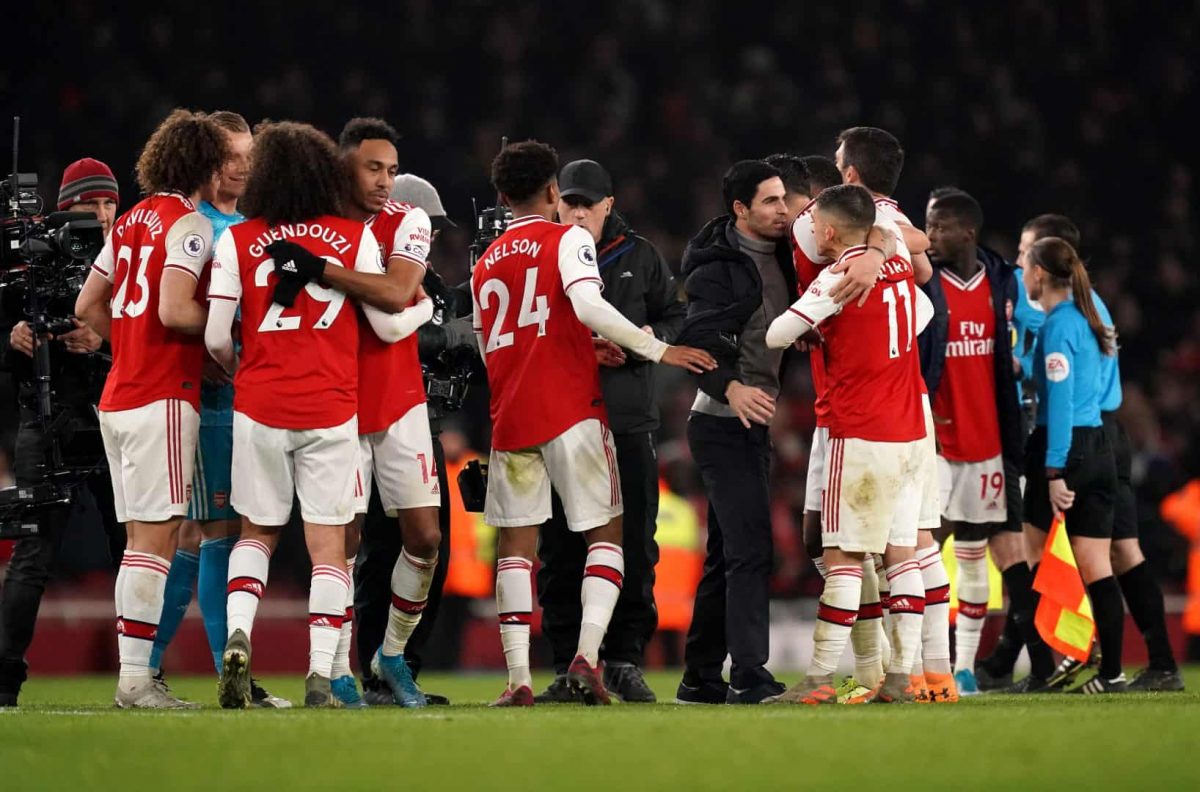 Mikel Arteta believes his Arsenal players are starting to enjoy his methods after securing a maiden win with a 2-0 victory over Manchester United.

Record signing Nicolas Pepe defied critics by firing the Gunners ahead after eight minutes at the Emirates and Sokratis Papastathopoulos added a second before half-time.

It was a richly-deserved lead for the hosts and although United made changes early into the second period, Bernd Leno largely remained untroubled.

Arsenal’s victory on home turf was their first since October 24 and was achieved in front of a jubilant crowd, who were behind the team from the start.

On his players, Arteta said: “I said to them without you guys I won’t be able to do it. You have to open the door and believe I can bring something different to the club.

“We need all the staff to believe as well and if we do that day by day, it will take a long way and the process will not be easy and there will be ups and downs, but they bought into this.

“That is my feeling, they want to do it and they are starting to enjoy. Hopefully it is a start.”

It was not only the 37-year-old’s first win as Arsenal boss, but also his first as a manager after returning to his old club at the end of December.

He admitted: “It’s much more stressful as a manager. I lost my voice talking to them (the players), but I’m very pleased and mostly for them and as well the fans.

“I am so happy I turned around at the stadium and I see smiley faces and the energy. I see people standing and that is what I want.”

Arteta also confirmed he hoped to keep Granit Xhaka at the Emirates after the midfielder impressed against the Red Devils.

Lacklustre United were again without Paul Pogba, with the Frenchman also missing the 2-0 win against Burnley with pain in his ankle.

He only returned from the injury on December 22 in the defeat at Watford, but is set for surgery and expected to miss the whole of January.

Solkskjaer said: “We have had scans and it is nothing major. It is something that has to be sorted and dealt with, within a time frame and he has been advised to do it as soon as.

“He probably will do it as soon as. He will be out for a three or four weeks probably.”

After back-to-back wins, United could have moved within two points of Chelsea in fourth place with success in the capital.

Instead, they struggled to create chances and it led to Solskjaer conceding they may enter the transfer market this month.

“They were aggressive, regained the ball, we couldn’t find a way out of their press and it was hard to get the ball off them because I thought they played really well.

“It was a good game by two good teams and the goal just before half-time is a killer blow really because at 1-0 down you are in the game all the time, but at 2-0 you need a goal to get the energy to make them nervous again.”