A beer drought looms because of global warming, scientists warn.

As the Earth warms up there will be less chance to quench your thirst with a cool pint of the amber nectar unless you are prepared to pay for it.

More widespread and severe drought and heatwaves threatens to substantially decrease barley crops – a key ingredient in making a pint.

This could see beer brewing slump while the price of a pint rocket.

For example during severe drought years, Irish beer drinkers could need to pay the equivalent of an extra £15 or $20 to buy a six-pack from an off licence.

Consumption in the US could decrease between 1.08 billion and 3.48 billion litres.

Professor of climate change economics Dabo Guan at the the University of East Anglia said: “Increasingly research has begun to project the impacts of climate change on world food production, focusing on staple crops such as wheat, maize, soybean, and rice.

“However, if adaptation efforts prioritise necessities, climate change may undermine the availability, stability and access to ‘luxury’ goods to a greater extent than staple foods.

“People’s diet security is equally important to food security in many aspects of society.

“Although some attention has been paid to the potential impacts of climate change on luxury crops such as wine and coffee, the impacts on beer have not been carefully evaluated.

“A sufficient beer supply may help with the stability of entertainment and communication in society.”

The co-ordinator of the research and UK lead author added: “While the effects on beer may seem modest in comparison to many of the other – some life-threatening – impacts of climate change, there is nonetheless something fundamental in the cross-cultural appreciation of beer.

“It may be argued that consuming less beer isn’t itself disastrous, and may even have health benefits.

“Nevertheless, there is little doubt that for millions of people around the world, the climate impacts on beer availability and price will add insult to injury.”

Co-author Associate Professor of Earth system science Steven Davis of the University of California, Irvine, added: “The world is facing many life-threatening impacts of climate change, so people having to spend a bit more to drink beer may seem trivial by comparison.

“But there is definitely a cross-cultural appeal to beer, and not having a cool pint at the end of an increasingly common hot day just adds insult to injury.”

Beer is the most popular alcoholic drink in the world by volume consumed so any impact on beer crops will affect the amount brewed .

In recent years, the beer sector has consumed around a sixth – 17% – of global barley production, but this share varies drastically across major beer-producing countries, for example from 83% in Brazil to 9% in Australia. 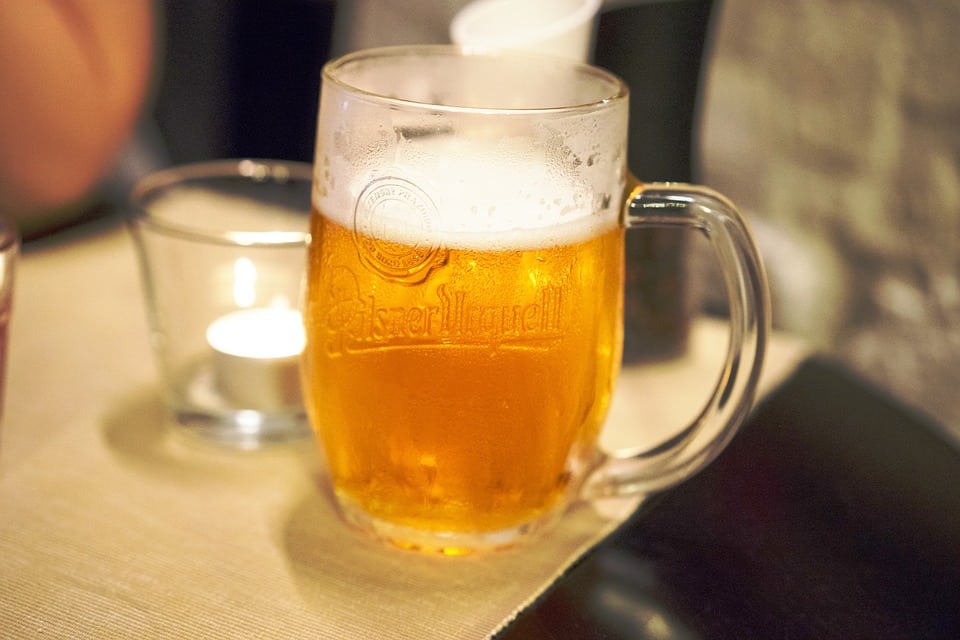 The international study involved researchers from the UK, China, Mexico, and the US, who identified extreme climate events and modelled the impacts of these on barley yields in 34 world regions.

They then examined the effects of the resulting barley supply shock on the supply and price of beer in each region under a range of future climate scenarios.

Results from the new study reveal potential average yield losses ranging from 3% to 17% depending on the severity of the conditions.

Decreases in the global supply of barley lead to proportionally larger decreases in barley used to make beer.

Even in less severe extreme events, beer consumption drops by 4% and prices rise by 15%.

The researchers suggest changes in barley supply due to extreme events will affect the barley available for making beer differently in each region, as the allocation of barley among livestock feed, beer brewing, and other uses will depend on region-specific prices and demand flexibilities as different industries seek to maximise profits.

Their findings show that global and country-level barley supply declines progressively in more severe extreme event years, with the largest mean supply decreasing by 27-38% in some European countries, such as Belgium, the Czech Republic and Germany.

The study was published in the journal Nature Plants.