Residents of costal settlements in Alaska have been 'alarmed' by the speed of melting ice. 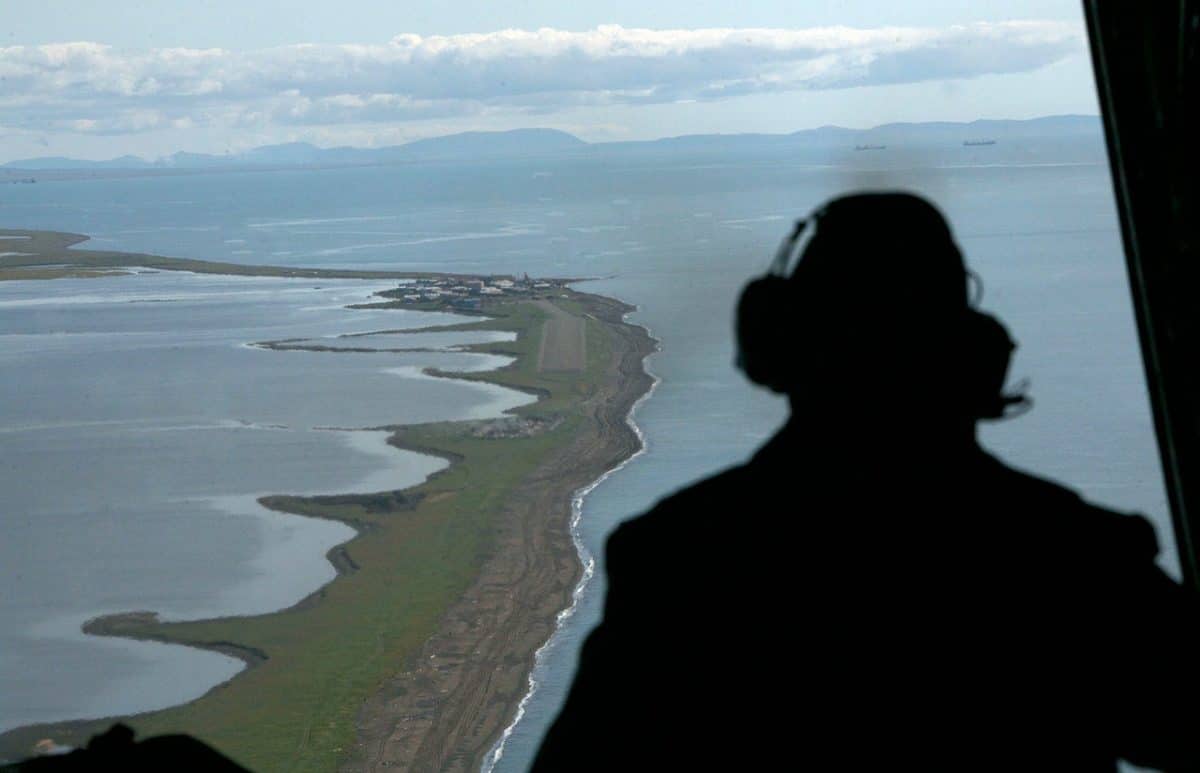 Residents of costal settlements in Alaska have been ‘alarmed’ by the speed of melting ice as ‘baking’ temperatures continue.

The early melting has been “crazy,” said Janet Mitchell of Kivalina.

Hunters from her family in early June travelled more than 50 mile by boat to find bearded seals on sea ice.

Bearded seals in the past could be hunted just outside the village but sea ice had receded far to the north.

“We didn’t know if we’d have our winter food,” she said. “That was scary.”

The hunters ran out of petrol after harvesting eight seals and a walrus.

They were able to call other residents to deliver fuel, Ms Mitchell said.

Rick Thoman, a climatologist with the Alaska Centre for Climate Assessment & Policy at the University of Alaska Fairbanks, posted on social media last week that the northern Bering and southern Chukchi seas are “baking”.

Sea surface temperatures last week were as high as 9F above the 1981-2010 average, reaching into the lower 60s, he said, with effects on the climate system, food web, communities and commerce.

Kotzebue and Norton sounds were warmest but the heat extended far out into the ocean.

The warmth is weeks ahead of schedule and part of a “positive feedback loop” compounded by climate change.

The last five years have produced the warmest sea-surface temperatures on record in the region, contributing to record low sea-ice levels.

“The waters are warmer than last year at this time, and that was an extremely warm year,” Mr Thoman said.

Lisa Sheffield Guy of the Arctic Research Consortium of the United States oversees an online platform that allows Alaska Native walrus hunters to share tips on sea ice, weather and hunting. The need for reporting ended May 31 because coastal sea ice had melted.

Guy is a seabird biologist who studied birds on St Lawrence Island south of the Bering Strait.

She is worried that warmer temperatures will make it harder for seabirds to find the tiny seafood they eat, she said.

The heat might push their prey deeper or away from the area.

It is not known whether the warm water has contributed, Mr Thoman said.

“Certainly it’s all happening at the same time,” he said.

In March, the high temperatures were blamed for a large ice shelf breaking from the coast near Nome in March, dragging tethered crab pots.

“It was unprecedented for March,” he said.

The ice also swept away gold mining equipment, forcing a helicopter rescue for three miners who unsuccessfully tried to save it.

The National Oceanic and Atmospheric Administration will conduct an unusually extensive fish survey in the Bering Strait this summer, Mr Thoman said.

It could provide clues for possible impacts to Bering Sea fisheries, he said.