If realised, pubs in England and Scotland will net £3.2 million on Friday night. 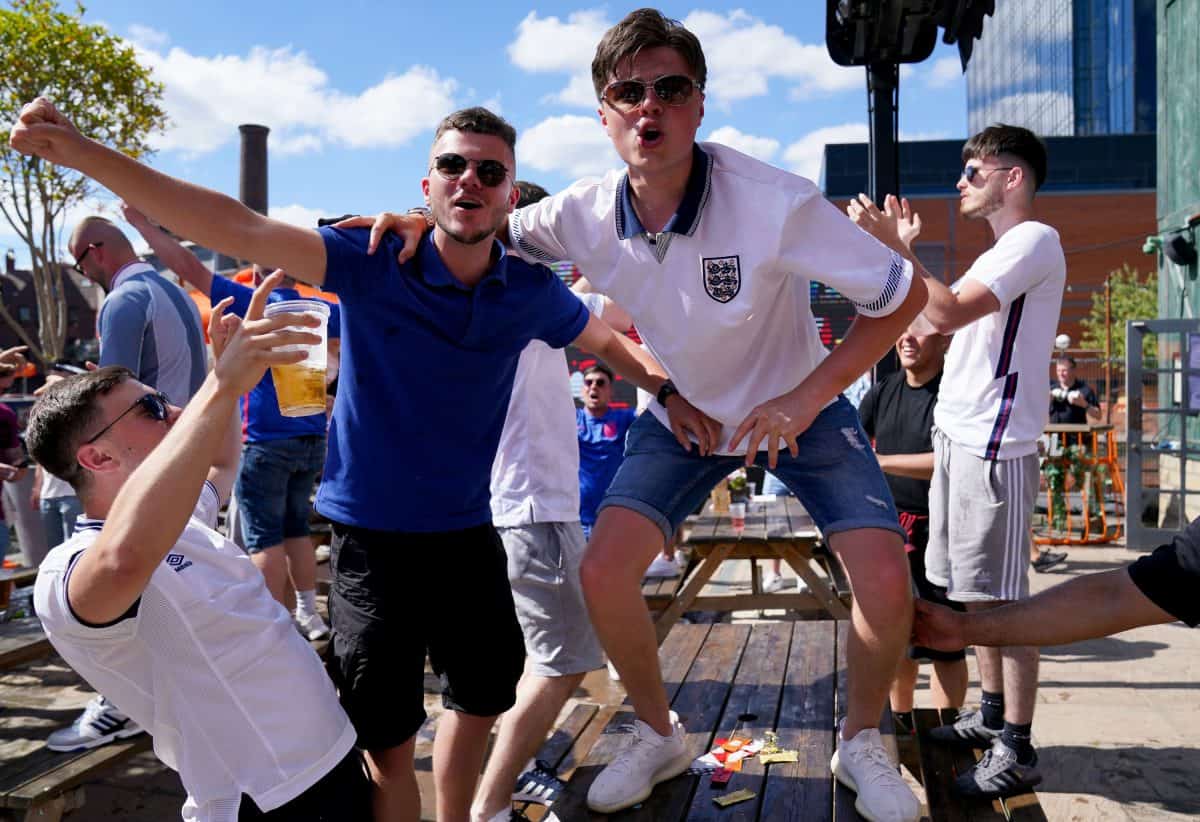 England and Scotland fans are predicted to buy 3.4 million pints during the Euro 2020 clash on Friday evening.

The British Beer and Pub Association (BBPA) estimates that 14.8 million pints will be sold across England and Scotland on match day, with over 3 million sales during the game itself.

But the trade association warned that due to Covid-19 restrictions, including social distancing, rule of six and no standing, that beer sales will be reduced by almost 850,000 pints.

This would result in a revenue loss of around £3.2 million for pubs across England and Scotland.

Chief executive of the British Beer and Pub Association Emma McClarkin said: “Whether you’re supporting England or Scotland, nothing beats watching the game at the pub.

“Given pubs have been closed or faced restrictions for more than a year in both England and Scotland, every little helps and is critical to their recovery and survival.

“Given the delay in England to the lockdown and with rumours suggesting a similar delay could be coming in Scotland, it is a real great shame that fans will not even be able to enjoy the tournament without restrictions in the latter stages. All restrictions on pubs in England and Scotland must be removed as soon as possible for our sector to survive and recover.”

A spokesperson from Youngs pubs said: “The restart of sporting events, such as the Euros and Wimbledon later this month, is a great step back to normality. Watching games with a pint in the pub brings together friends, family and communities, bringing customers back at the bar once again.

“Many of our pubs have multiple screens, both inside and out in the pub gardens, along with packages for sport fans to celebrate with us.”

A survey of 1,000 pub goers by the BBPA and KAM Media found that 85 per cent of pub-going football fans believe the current restrictions will negatively affect their experience of watching Uefa Euro 2020 at the pub this summer.

Half said they would be more likely to watch Uefa Euro 2020 at their pub if all restrictions on pubs are lifted, despite 91 per cent of football fans saying they missed watching matches at the pub during lockdown.

Since March 2020, BBPA has estimated that 2,000 pubs have permanently closed, and over 2.1 billion pints in beer sales were lost due to closures or Covid-19 restrictions, equating to £8.2 billion in trade value.

The much-anticipated match, the 115th in international football’s oldest rivalry, is the first time the two sides have met in a major tournament since Euro 96, when Paul Gascoigne’s famous goal sealed a 2-0 win.

Related: Brexit sends food and drink exports to the EU plunging by £2bn