"I just don't think this government takes it seriously. I think they think they can just wait it out and the workers will just go back to work." 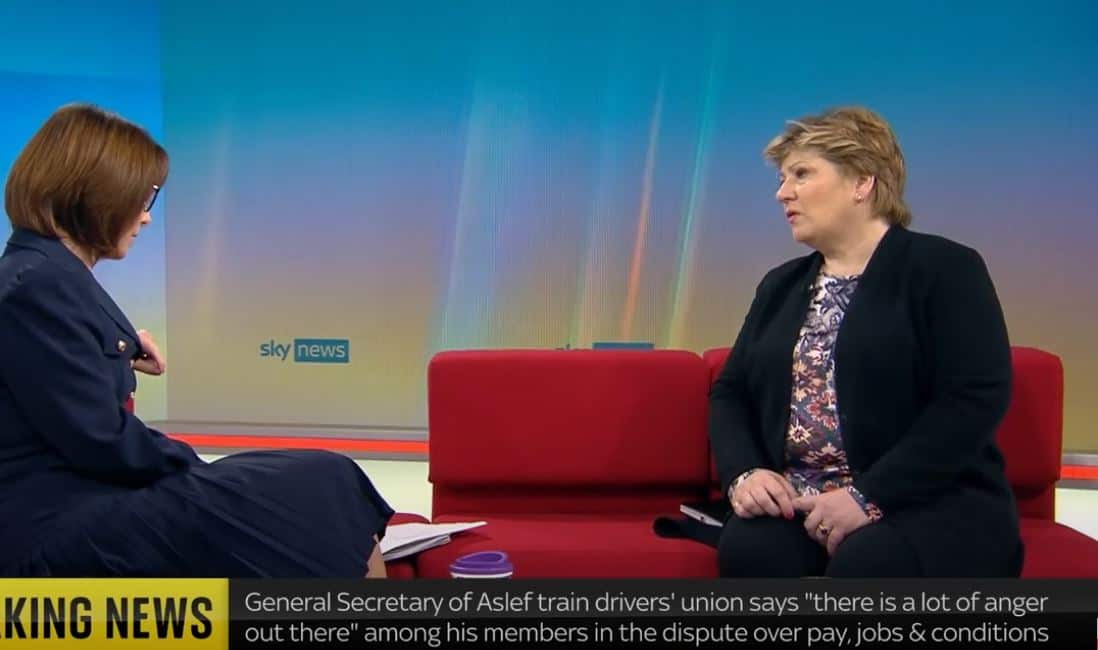 Emily Thornberry has accused the government of “not taking the strikes seriously” as she urged them to get around the table with the increasingly disgruntled unions.

Speaking to Sky News, the shadow attorney general said: “I think they think they can just wait it out and the workers will just go back to work”.

When questioned over Union donations, she went on to say: “No one’s ever tried to tell me what to say.

“They know it’s in the interest of working people to have a Labour government”.

It comes as future NHS strikes could “intensify” the risk to patients, health leaders have warned as they urged ministers to reach an agreement with trade unions as soon as possible.

The warning from the NHS Confederation comes as ministers are set to sit down with various unions on Thursday – including doctors – in a bid to avert future strikes.

But talks with medics, particularly those from the British Medical Association (BMA), may start on a sour note after Steve Barclay cancelled a meeting on Wednesday in favour of conducting media interviews.

The Health Secretary is set to meet with BMA representatives along with the hospital doctors’ union HCSA and the British Dental Association on Thursday.