Craig Mackinlay, 52, and his two assistants are said to have spent more than double the legal limit to see off the former UKIP leader's bid to win the South Thanet seat in Kent 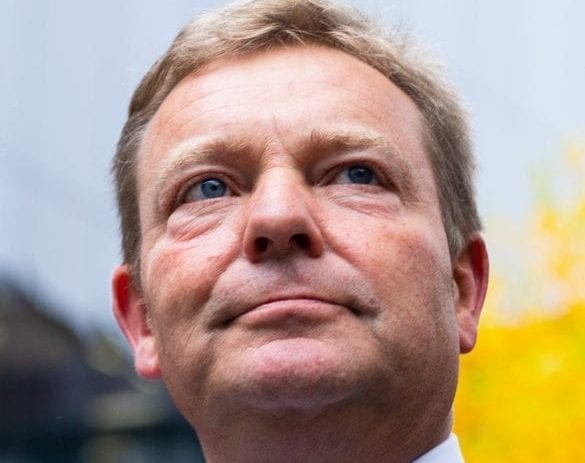 A Tory MP accused of breaking spending rules to stop Nigel Farage being elected in the 2015 General Election told police he acted on senior party aides’ advice, a court heard.

Craig Mackinlay, 52, and his two assistants are said to have spent more than double the legal limit to see off the former UKIP leader’s bid to win the South Thanet seat in Kent.

The legal limit for declared spending on the campaign was set at £52,000, but prosecutors allege up to £66,000 of spending returns covering a Tory ‘battle bus’, hotel bills and staff was not declared, Southwark Crown Court heard.

Today (TUES) jurors were read a statement Mackinlay, a trained accountant, gave to police during his voluntary interview under caution in Gravesend, Kent, on March 11, 2017.

He said: “To be clear, the return I signed off and that was submitted by my agent, was to the best of my knowledge and understanding a true and accurate reflection of all of the costs authorised and incurred by my agent and I during the 3015 campaign.

“I have not been dishonest, and I find it extremely frustrating that I am being accused of dishonesty about an issue in the face of clear advice and instruction from senior and experience personnel from the national Party that all the expenses were in order and were correct – advice that I relied upon and agreed with.”

He added: “The Conservative Party’s determination to prevent the leader of UKIP entering parliament had nothing to do with any desire to see me elected.

“Had any other person been elected by the Conservatives to stand in South Thanet instead of me, nothing different would have happened in terms of the national Conservative Party’s focus on South Thanet as a result of Nigel Farage’s candidacy.”

Mackinlay, of Chatham, Kent, denies two charges of making a false election expenses declaration during the campaign which ended with him winning with a majority of almost 3,000.