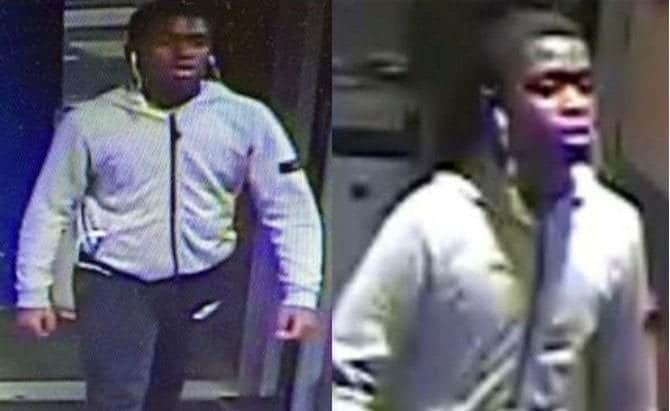 Detectives hunting a sex fiend who has molested nine women in just five weeks have released images of a suspect.

Women walking home alone after work have been warned to be on their guard after the victims were attacked in the Docklands area of east London – all in the early evening.

Extra police patrols have been deployed in the area.

The suspect is described as black, six feet tall and of heavy build, and he has been seen riding a bicycle.

A Met Police spokesman said: “Detectives investigating a series of sexual assaults in the E14 area have released an image of a male they wish to speak with.

“Nine women were sexually assaulted over a five week period in the area, particularly around Blackwall Way.

“The attacks, which involved sexual touching, took place between Thursday September 6th and Thursday October 11th and were all between the hours of 6.30pm and 8.40pm.

“The suspect, who has been described as a black male, around 6ft tall and of heavy build, has been seen riding a pedal cycle.

“He approaches lone women and touches them over their clothing.”

He added: “An investigation is underway to identify the male and officers are keen to speak with anyone who can provide information or any victims who have yet to come forward.

“Extra patrols continue in the area to reassure the public local neighbourhood officers are continuing to work with Detectives to identify the suspect.

“Officers urge anyone, especially women who are walking alone, to remain vigilant and be aware of their surroundings.”

“Anyone who can assist in naming the male pictured is asked to call Central East Command Unit based in Tower Hamlets.

“Your call could help remove a dangerous offender from your streets or could help eliminate someone from police enquiries.”