In yet ANOTHER U-turn for Theresa May, her Conservative manifesto pledge to make private schools sponsor academies, forge state sector partnerships or offer scholarships to poorer children to keep their charitable status has appears to have sinisterly disappeared. Shadow Education Secretary Angela Rayner accused the Tories of “yet another U-turn” for ditching “one of the […] 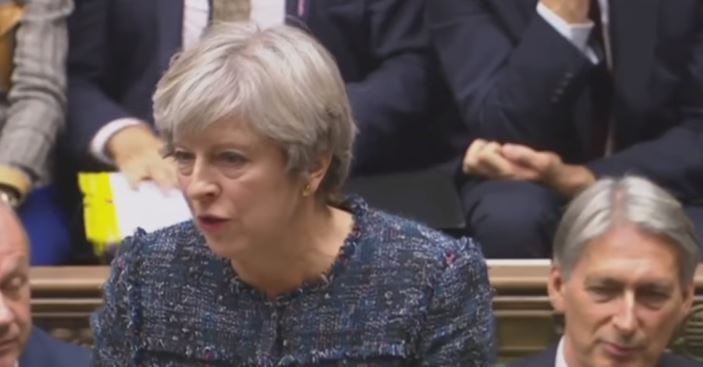 In yet ANOTHER U-turn for Theresa May, her Conservative manifesto pledge to make private schools sponsor academies, forge state sector partnerships or offer scholarships to poorer children to keep their charitable status has appears to have sinisterly disappeared.

Shadow Education Secretary Angela Rayner accused the Tories of “yet another U-turn” for ditching “one of the few sensible ideas the Conservatives had”.

“Ministers are ripping up the manifesto on which they stood just months ago page by page,” said Rayner.

“The Education Secretary has had to give up on providing free breakfasts, abolishing free lunches, opening new grammar schools, sticking to her free schools target, the healthy pupil fund, and now she is refusing to deliver yet another election promise.”

Around half of England’s 2,300 independent schools currently enjoy the tax breaks of being a charity. In fact they avoid £500 million in taxes. In return, they are meant to benefit the public, not just their own pupils.

The Labour manifesto contained a pledge to not only stop this controversial policy, but also slap VAT on their profits to pay for free meals in primary schools. The Tory manifesto had promised to force private schools registered as charities to help local academies and give less privileged children bursaries. Instead a voluntary system called a “Systems Partnership Unit” has been set up that private schools can join if they want to set up partnerships with state schools, but only if they choose to.

And in yet ANOTHER humiliating defeat for the Government, it was accused of “running scared” as it allowed TWO Labour motions through today uncontested by votes it may have lost. The first was on “fair pay” for NHS staff, and the second was from Shadow Education Secretary Angela Rayner “that the increase in tuition fees be reversed.”

As the Tories refused to contest either motions, Angela Rayner asked for an undertaking from Education Secretary Justine Greening that the Government would in fact implement the “will of this House.”

“We have a constitutional crisis because this Government is running scared and not allowing votes in this House,” said Rayner.

MPs have approved the Opposition motion on Higher Education Regulations without a division. pic.twitter.com/YzeLj92ZGW

Tonight the house supported the Labour Party motion on stopping the latest Tory tuition fee hike, we are the party that supports students…