A planet the same size of Earth and with a similar surface temperature may be “the closest known comfortable abode for possible life,” according to new research. The newly discovered world, named Ross 128b, was found orbiting a red dwarf 11 light-years away from Earth – but it’s getting nearer. Astronomers working with the European […] 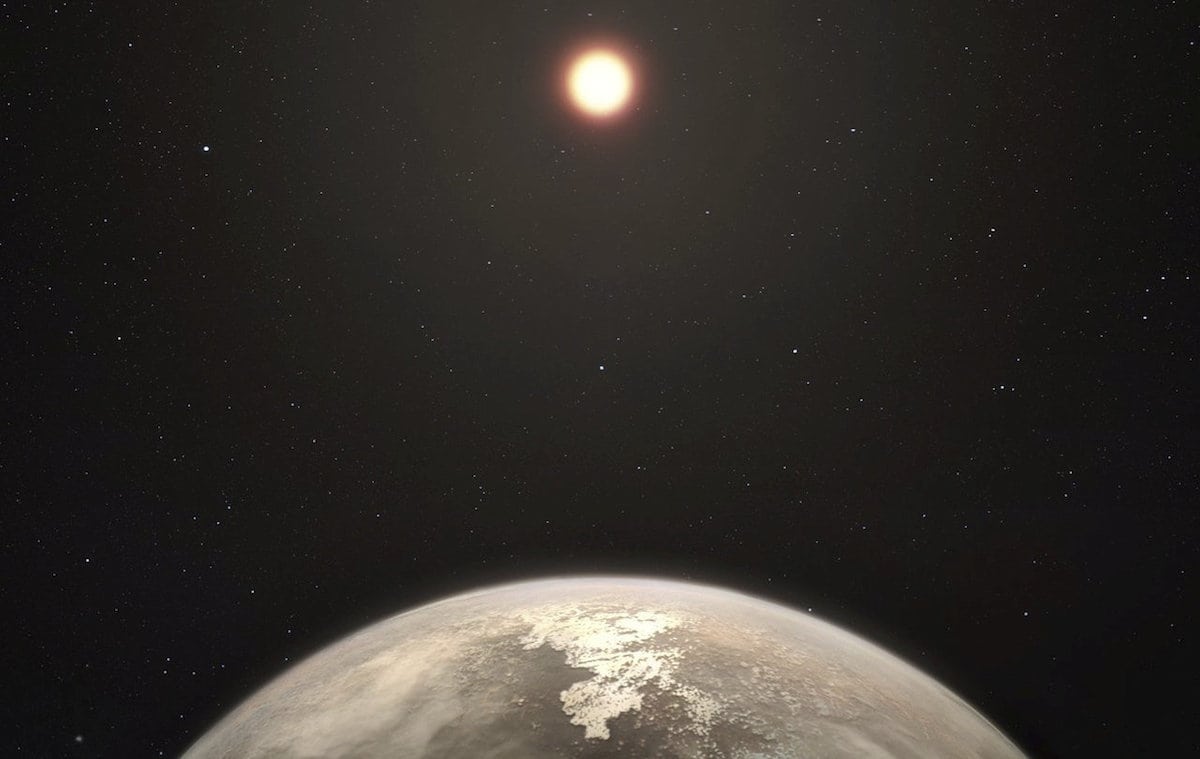 A planet the same size of Earth and with a similar surface temperature may be “the closest known comfortable abode for possible life,” according to new research.

The newly discovered world, named Ross 128b, was found orbiting a red dwarf 11 light-years away from Earth – but it’s getting nearer.

Astronomers working with the European Southern Observatory’s High Accuracy Radial velocity Planet Searcher (HARPS) at the La Silla Observatory in Chile has found that the red dwarf star Ross 128 is orbited by a low-mass ‘exoplanet’ every 9.9 days.

The Earth-sized world is expected to be temperate, with a surface temperature that may also be close to that of the Earth. Ross 128 is the “quietest” nearby star to host such a temperate exoplanet.

Study co-author Doctor Nicola Astudillo-Defru, of the University of Geneva in Switzerland, said: “This discovery is based on more than a decade of HARPS intensive monitoring together with state-of-the-art data reduction and analysis techniques.

“Only HARPS has demonstrated such a precision and it remains the best planet hunter of its kind, 15 years after it began operations,”

He said red dwarfs are some of the coolest, faintest – and most common – stars in the Universe.

The researchers said these qualities make them very good targets in the search for exoplanets and so they are increasingly being studied.

Lead author Doctor Xavier Bonfils, of Université Grenoble in France, named the HARPS programme “the shortcut to happiness” as it is easier to detect small cool siblings of Earth around these stars, than around stars more similar to the Sun.

Many red dwarf stars, including Proxima Centauri, are subject to flares that occasionally bathe their orbiting planets in deadly ultraviolet and X-ray radiation.

But Dr Bonfils said it seems that Ross 128 is a much quieter star, and so its planets may be the “closest known comfortable abode for possible life.”

Although it is currently 11 light-years from Earth, he said Ross 128 is moving towards us and is expected to become our nearest stellar neighbour in “just” 79,000 years – a blink of the eye in cosmic terms.

He said Ross 128b will by then take the crown from Proxima b and become the closest exoplanet to Earth.

With the data from HARPS, the team found that Ross 128b orbits 20 times closer than the Earth orbits the Sun.

But, despite the proximity, Ross 128b receives only 1.38 times more irradiation than the Earth.

As a result, Ross 128 b’s equilibrium temperature is estimated to lie between -60 and 20°C, thanks to the cool and faint nature of its small red dwarf host star, which has just over half the surface temperature of the Sun.

While the scientists involved in the discovery consider Ross 128b to be a temperate planet, uncertainty remains as to whether the planet lies inside, outside, or on the cusp of the habitable zone, where liquid water may exist on a planet’s surface.

Astronomers are now detecting more and more temperate exoplanets, and the next stage will be to study their atmospheres, composition and chemistry in more detail.

Vitally, the detection of biomarkers such as oxygen in the very closest exoplanet atmospheres will be a huge next step, which ESO’s Extremely Large Telescope (ELT) is in prime position to take.

Dr Bonfils added: “New facilities at ESO will first play a critical role in building the census of Earth-mass planets amenable to characterisation.

“In particular, NIRPS, the infrared arm of HARPS, will boost our efficiency in observing red dwarfs, which emit most of their radiation in the infrared.

“And then, the ELT will provide the opportunity to observe and characterise a large fraction of these planets.”

The findings are due to be published in the journal Astronomy and Astrophysics.