Sir James Dyson is a long-time opponent of home working, and wants his staff in the office even as Omicron spikes. 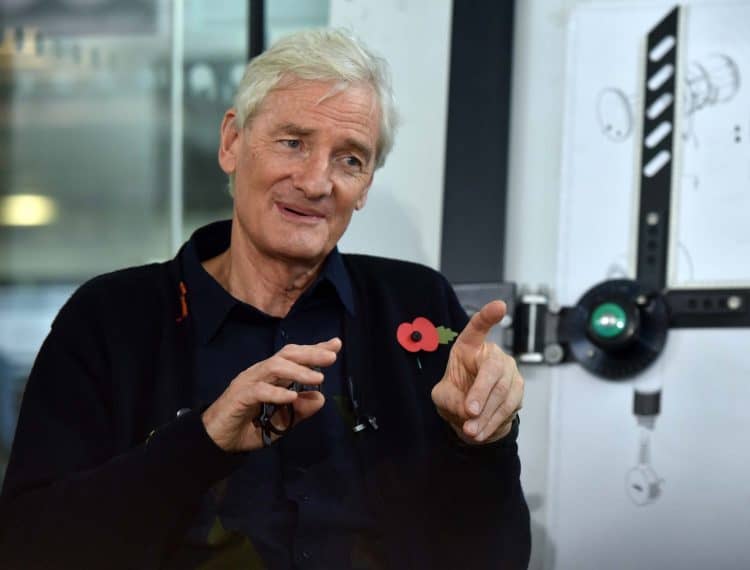 Vacuum behemoth Dyson has told many of its UK employees to continue working in the office, reasoning that large chunks of the business are impossible to operate from home.

Dyson’s billionaire owner, Sir James Dyson, has loudly opposed working from home – and the company appears to have stuck to that line despite the rapid emergency of the Omicron coronavirus variant.

According to The Guardian, an internal message sent to UK staff last week said that all Dyson offices should remain open – even after Boris Johnson announced new Plan B guidance advising working from home.

In contrast to stricter lockdowns earlier in the pandemic, the guidance does not legally oblige companies to allow home working – but Johnson said last week that people should work from home where possible to protect against Omicron.

Dyson, however, said in a staff message that “we fundamentally disagree” with the prime minister on the issue.

One worker, who requested anonymity, told The Guardian: “Since the summer everyone in the UK has been mandated to work five days a week in the office. It is as draconian as it sounds.” They added that the policy went against the spirit of government guidance.

The company’s Brexiteer founder Sir James has railed against home working throughout the pandemic. In an interview with The Times in September 2020, he said: “Working from home doesn’t work. I only did it when I couldn’t afford an office or employees. People need to interact and exchange views.”

And in August, he wrote: “Glib statements from ministers about home-working being ‘here to stay’ show a lack of understanding of the detrimental impact that it is having. Where is their output-based evidence?

“We risk creating a two-tier workforce with those at home becoming less and less effective, leaving those diligently attending the workplace to drive the business forward.”

A Dyson spokesperson said: “The latest government guidance states that employees ‘should continue to go into work’ if they need to access equipment or complete their role in person. Dyson is asking select groups to continue attending our campuses for practical, confidentiality and security reasons; and others may work at home.

“We have gone beyond the government’s guidance throughout the crisis to keep our people safe – introducing mandatory mask-wearing long before the guidance required it, and these measures have remained in force since.”

It comes amid reports that the government is recommending schools purchase Dyson air filtration units – at more than £420 each.

Schools are seeing “very severe low attendance” among pupils and teachers ahead of the Christmas break as Omicron spreads across the country, a headteachers’ union has warned.

Geoff Barton, general secretary of the Association of School and College Leaders, said one school has had around 25% of its staff off for three weeks amid Covid-19.

His comments come amid reports that some schools and colleges have switched to remote lessons in the run-up to Christmas while some parents are choosing to keep their children off school due to concerns.

Barton told BBC Radio 4’s Today Programme: “Listening to the speculation and the news, and certainly the emails I’ve been getting from members, you are getting some pockets of very severe low attendance, partly young people, partly staff.

“One (school) has emailed me this morning saying 25 per cent of staff have been off for three weeks, you can imagine if you can’t then get supply teachers that becomes very difficult to maintain the quality of education.”