"of course, we will have launched our own Sussex Police drones at the time with a view to investigate,with a view to engage, with a view to survey the area looking for the drone, so there could be some level of confusion there." 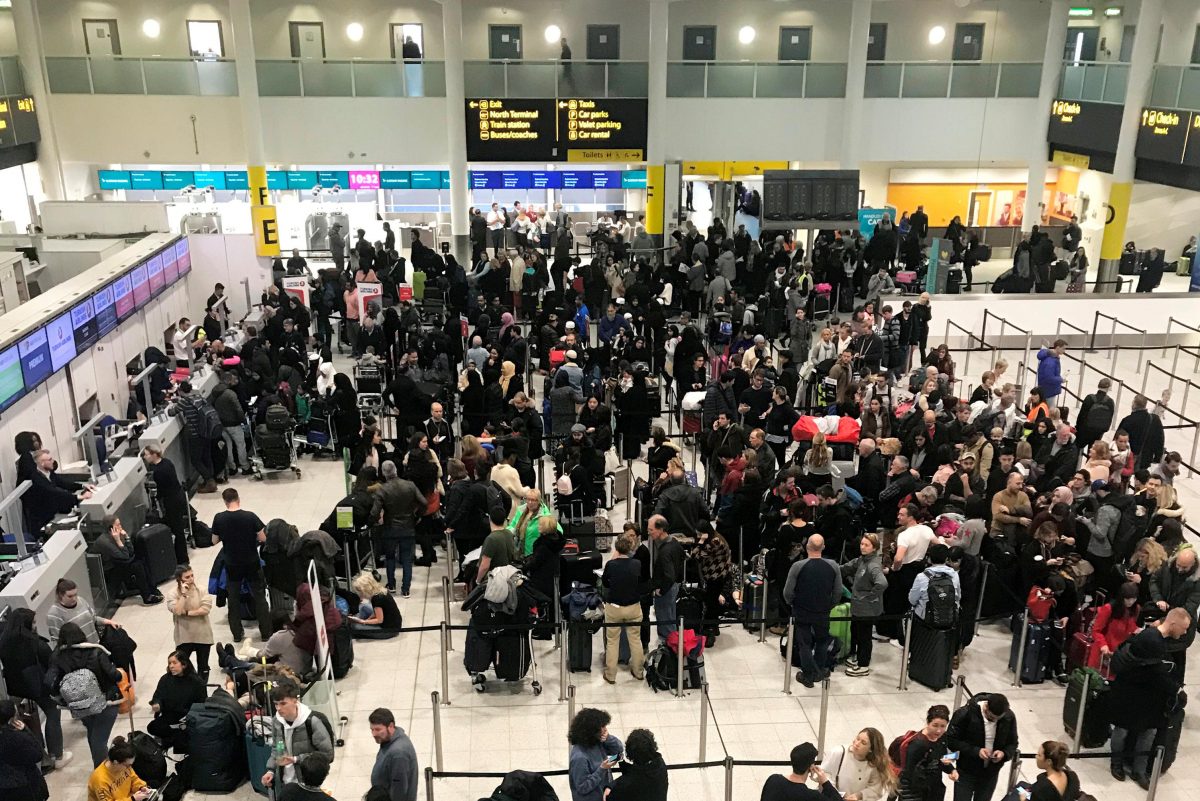 The chief Constable of Sussex Police this morning admitted that some of the drone sightings that caused chaos at Gatwick airport may have been police drones looking for drones preventing flights before Christmas.

He admitted the hunt for a malicious drone pilot grounding planes had proved fruitless, but at least this means there were drones, right?

After appearing to suggest that drone sightings that grounded 140,000 people flying in and out of Gatwick may not have been real, Sussex Police hastily backtracked this week, insisting there was definitely a drone that stopped flights on 19 and 20 December.

Chief Constable Giles York today expanded, saying that they had received 115 reports of drone sightings, 92 of which were definitely from “credible people.”

He told the BBC this morning: “of course, we will have launched our own Sussex Police drones at the time with a view to investigate,with a view to engage, with a view to survey the area looking for the drone, so there could be some level of confusion there.”

The Chief Constable also apologised to the couple from nearby Crawley who were arrested and held for 36 hours as police interviewed the model airplane enthusiast and his wife, while various media interviewed their neighbours.

The couple said they felt “violated” by the experience of being identified to the world’s press.

But the Sussex chief constable today insisted that he was “convinced the grounds for arrest were well-founded,” even though an employer had immediately confirmed that he was working at the time so could not have been behind the drone sightings.

Chief Constable York apologised for what the drone hobbyist had experienced “and the feeling of violation around it.”

He added: “what might have been worse as an experience for him would have been to be released under investigation still.

“We were able to exhaust all our lines of inquiry on that first instance and were able to release him from police custody saying he was no longer a suspect.”

Earlier this week we reported Sussex Police called to investigate suspicious lights that turned out to be the tops of cranes.

26 potential launch sites near Gatwick have also been searched, and Chief Constable Giles York told Radio 4’s Today Programme that two drones had been found and ruled out.

“I think the fact that we have found two drones so far as a result of this does show the extent of the search that has been carried out.

“I am led to believe that we are able to rule those drones out of this investigation at this time,” said Chief Constable York, adding that he is “absolutely certain that there was a drone flying throughout the period that the airport was closed”.

Gatwick Airport is offering a £50,000 reward for information leading to the arrest and conviction of those responsible for grounding 1,000 flights last week.

Mark Hallas, Chief Executive Officer of Crimestoppers, said: “We are happy to support Gatwick Airport Limited on this reward to catch whoever has been ruining the travel plans of so many people this holiday season. Giving information through Crimestoppers, whether by phone or online, will always be 100% anonymous – we’re interested in what you know, not your name.”

The reward will only qualify if information is passed to Crimestoppers’ 0800 555 111 number or via the non-traceable anonymous online form at Crimestoppers website .