Even the police are making fun of the residents. 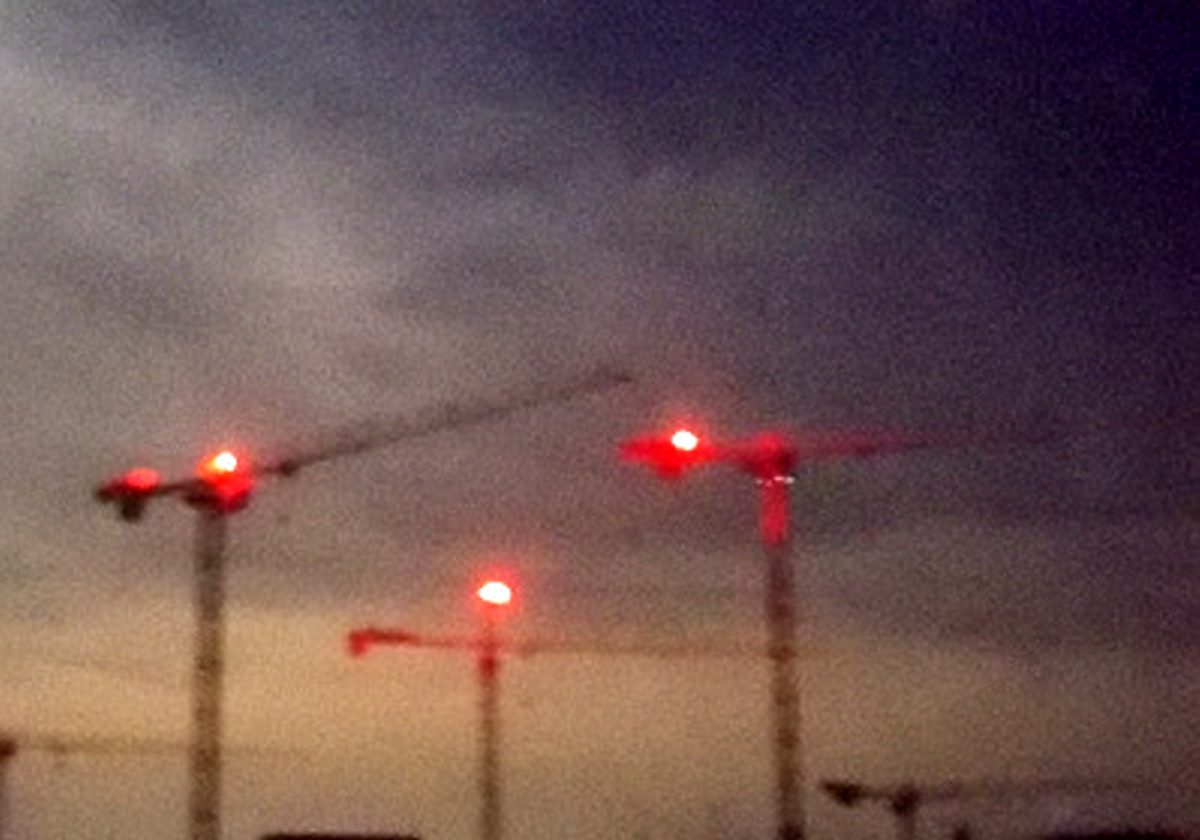 Panicky locals called police to report three suspicious drones flying near Gatwick – only to discover they were lights on top of cranes.

Surrey Police rushed to Redhill after receiving calls about drone sightings, only to discover the three red lights were not flying at all – and were attached to cranes.

The caller told cops about the suspicious activity in the Surrey town, just seven miles away from Gatwick Airport, on Sunday night.

They said there was a red light hovering over the bus station, that was not moving or not making any noise.

A Surrey Police spokesperson said: “Due to recent events at Gatwick we popped down to investigate further.

“It was a crane, a crane with an ‘aviation warning light’ on top.

Reigate and Banstead Beat cops posted the comical report on their Facebook page, and were met with a flurry of comments, mocking the concerned resident.

One said: “I’d be surprised if you don’t get a call about a strange liquid substance falling from the sky.”

Others said the name for the police response should have been “Operation SpecSavers.”

There is no indication that the report had anything to do with a £50,000 reward offered for information leading to the arrest of those behind Gatwick’s drone mayhem. 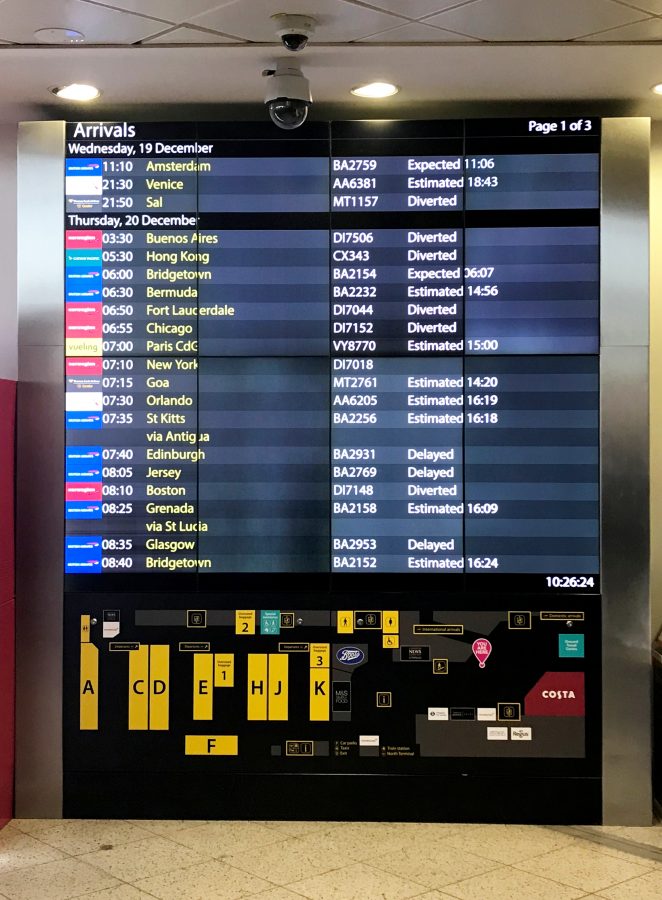 Gatwick Airport Limited is offering the reward through Crimestoppers, for information leading to the arrest and conviction of those responsible for the criminal acts that caused widespread disruption of flights in the run up to Christmas.

Sussex Police Deputy Chief Constable Jo Shiner said: “We can unequivocally state that there have been numerous illegal drone sightings at the airport over three days from 19 to 21 December.

“There were numerous reports clustered around 37 occasions where a drone or drones were seen and I am keen for those responsible to be brought to justice.” 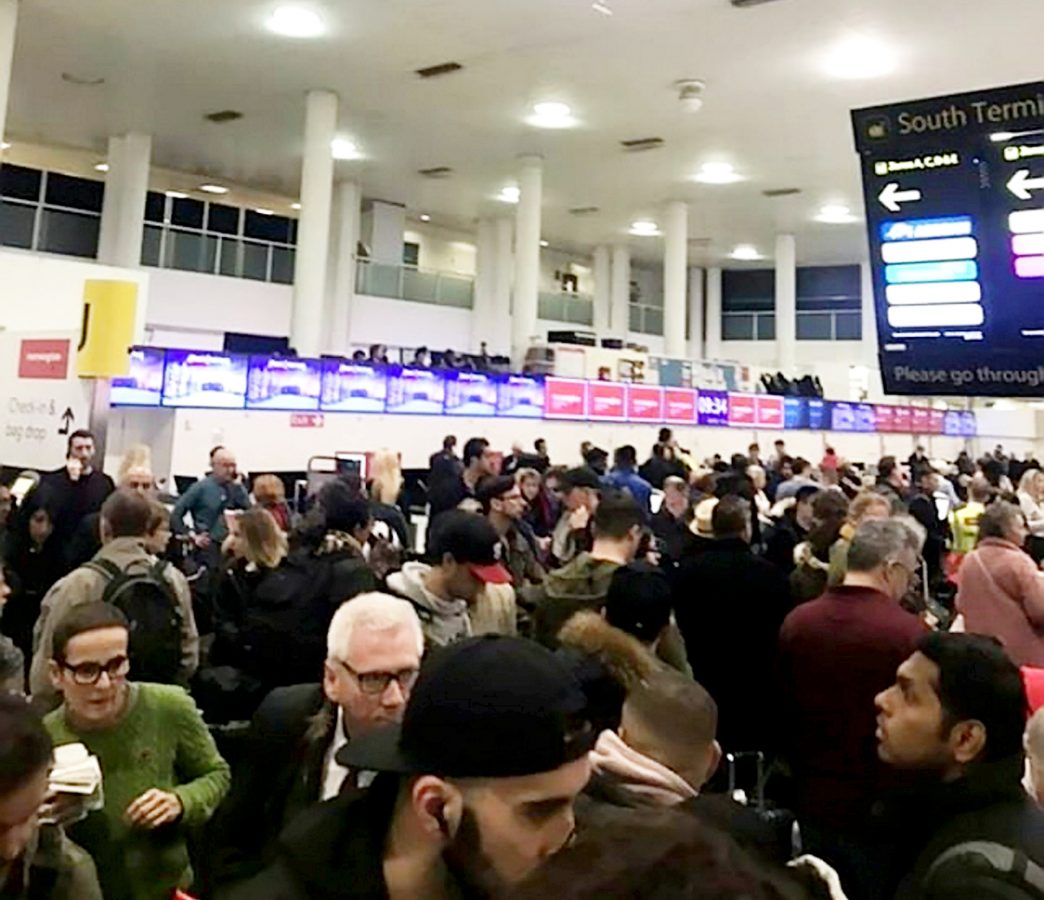 Half an hour later at about 9.30pm six people, including five police officers, reported within 15 minutes of each other seeing a drone, with white and red lights, near the runway.

Early the next morning at around 1.15am on 20 December, six people – three airport workers and three police officers – reported over 30 minutes seeing a drone near the runway.

Over about 30 minutes at about 5pm on 21 December six people – a member of the public and five police officers – reported seeing a drone near a hangar.

In a further report at around 7.15pm on 21 December a pilot reported seeing a drone near a stand on the airfield. The account was corroborated by a member of staff.

DCC Shiner added: “The impact of this criminal and reckless behaviour has been enormous and we are determined to locate those responsible to bring them to justice. We are investigating this under the Aviation and Maritime Security Act which carries a maximum sentence of life imprisonment.

“We urge the public to contact us if they feel they have information that will help us in our investigation. Contacting Crimestoppers they can do this anonymously. We ask the public to continue to support us by reporting any suspicious activity.”

Mark Hallas, Chief Executive Officer of Crimestoppers, said: “We are happy to support Gatwick Airport Limited on this reward to catch whoever has been ruining the travel plans of so many people this holiday season. Giving information through Crimestoppers, whether by phone or online, will always be 100% anonymous – we’re interested in what you know, not your name.”

The reward will only qualify if information is passed to Crimestoppers’ 0800 555 111 number or via the non-traceable anonymous online form at Crimestoppers website .