Great grandmother, Phyllis Ponting, was in love with Bill Walker during the war and has now read his final letter after a trove was recovered from the sunken SS Gairsoppa - downed by a Nazi U-boat in 1941 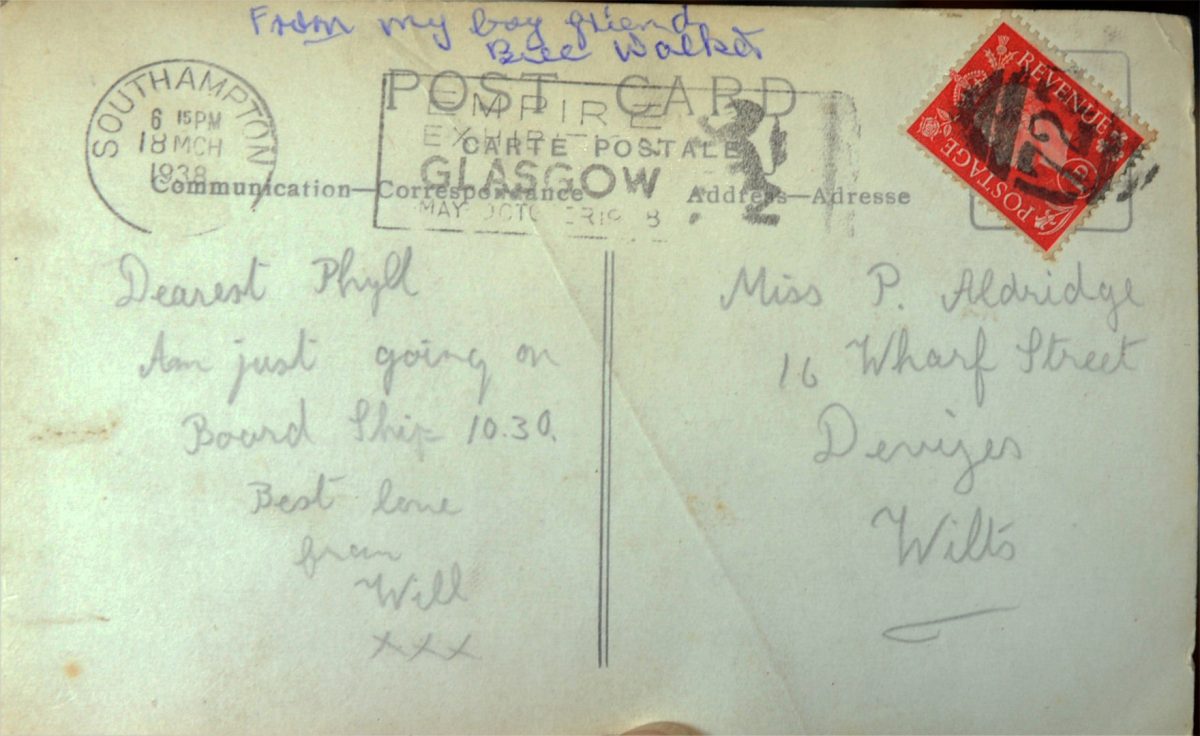 A great grandmother aged 99 has received a love letter written by her Second World War fiance 77 years after he wrote it.

Phyllis Ponting, from Wiltshire, has finally read a hand-written love letter from her soldier fiance which was lost at sea for almost 80 years.

The 99-year-old gave up hope of ever hearing from her beloved Bill Walker, serving in India, after he never answered her letter accepting his proposal of marriage.

But incredibly – 77 years after he wrote his reply – it has been found at the bottom of the sea.

The letter has laid deep underwater for almost 80 years when the cargo ship transporting it to Britain was sunk off the coast of Galway by German U-boats in 1941.

No one knows if Mr Walker survived the India conflict, and heartbroken Phyllis, whose maiden name was Aldridge, went on to find happiness with Jim Holloway.

The pair married, and the couple had four children but for years, Phyllis forever wondered what happened to long-lost Bill. 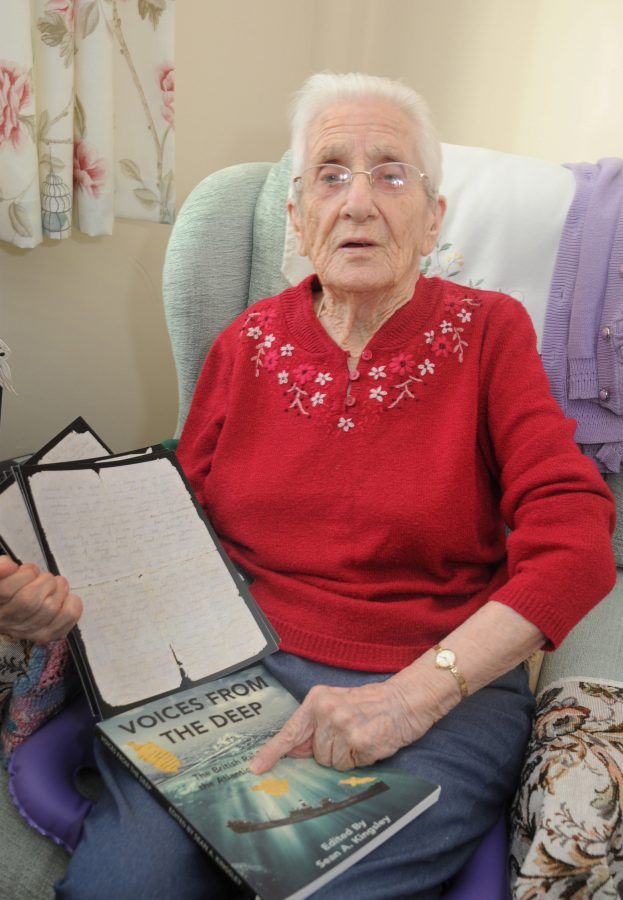 Grandmother of four and great grandmother to seven, Phyllis, said: “I can’t believe the letter was at the bottom of the sea and now I can read it.

“I don’t think Bill can have survived the war, otherwise he would have been straight round to my address in Roseland Avenue.

“We would have been married. He loved me a lot.”

His letter was one of 700 to survive in the wreck, three miles under the waves, that were found by marine archaeologists off Ireland’s coast in British waters.

The message of love was salvaged from the wreck of the SS Gairsoppa, a steam-powered cargo ship 300 miles off Ireland’s coast. 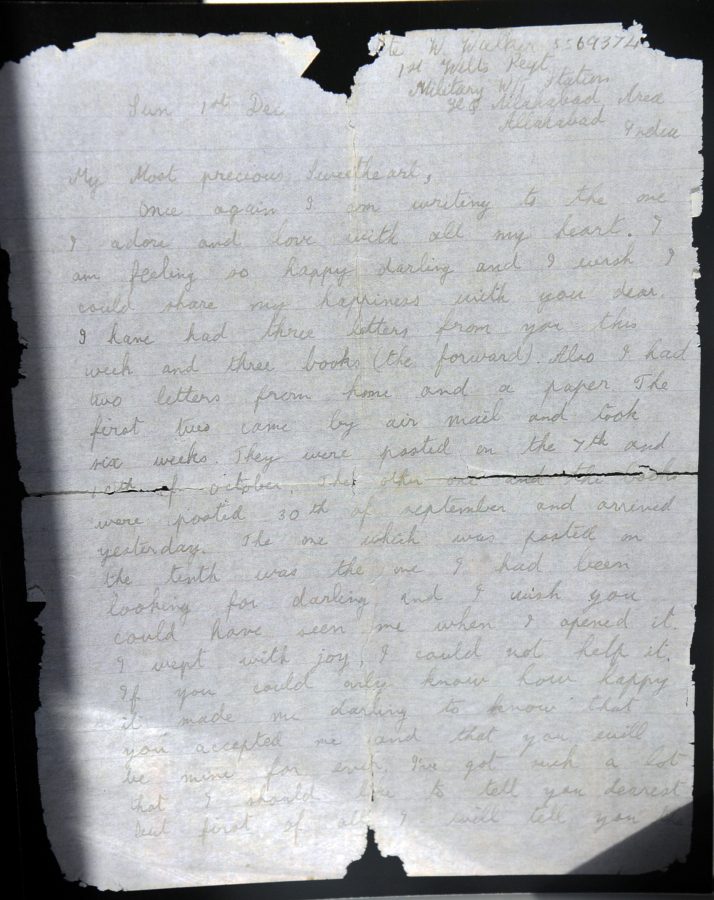 Remarkably, Phyllis has been tracked down as the ‘Phyll’ in the letters following a feature on BBC’s The One Show.

She has since been visited by London Postal Museum representatives and given copies of Bill’s letter for keeps.

Phyllis and Bill met in Devizes when Bill was stationed at the Wiltshire Regiment’s local barracks. 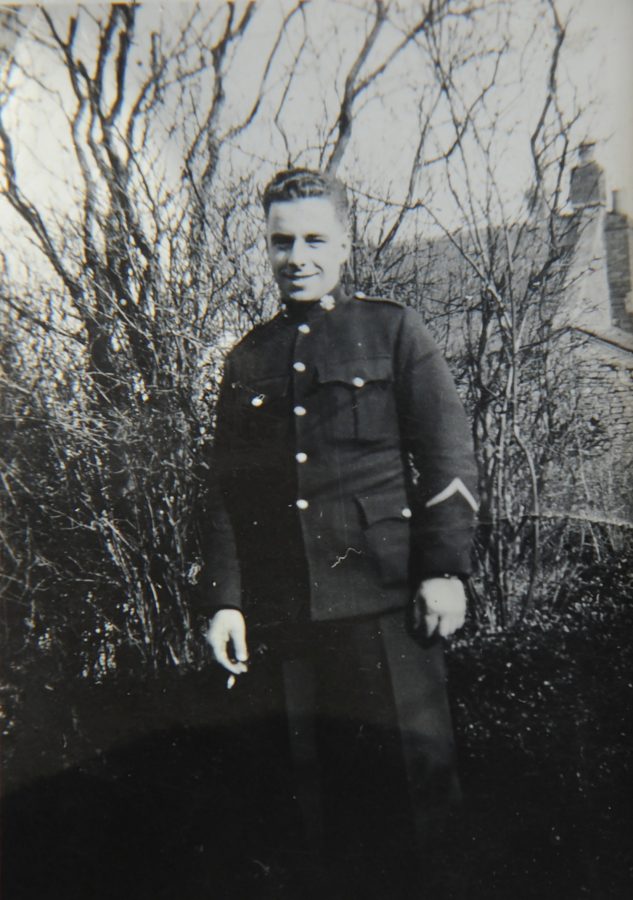 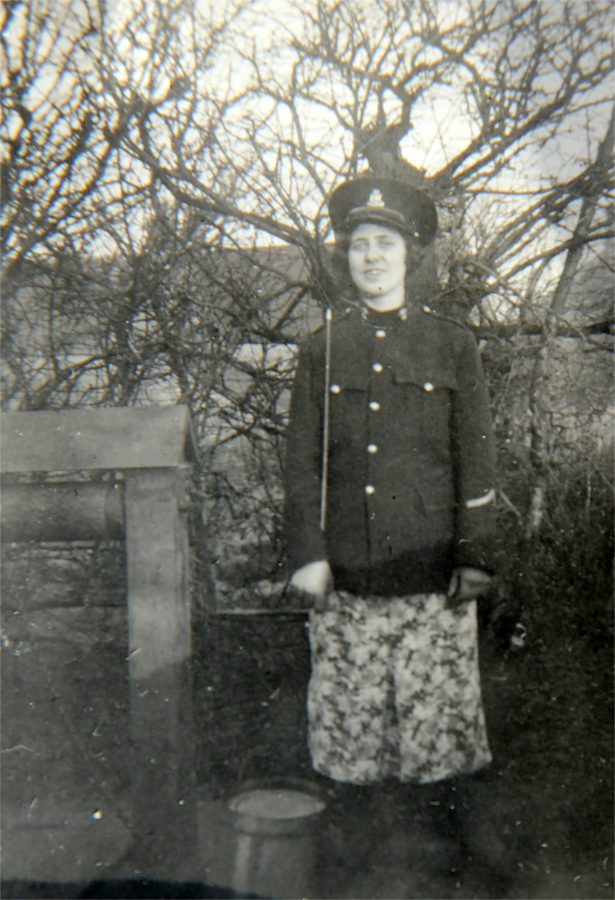 In the letter, he speaks about her acceptance of his marriage proposal and wrote back: “I wish you could have been there when I opened it.

“I wept with joy. I could not help it. If you could only know how happy it made me, darling.”

His letter was among hundreds personal letters, many from servicemen, which were being transported on the vessel and which were lost when the steam cargo ship was torpedoed off the coast of Ireland.

The ship, which was also carrying a huge haul of 48 tons of silver, sank almost 4,700 metres to the bottom of the Atlantic.

Sadly 83 of the 84 crew members died in the shipwreck, about 300 miles off the coast of Galway.

But incredibly, the heartwarming collection of letters from India – many to lovers at home – were recovered in almost perfect condition from the seabed.

They are now part of a heart-rending exhibition called Voices from the Deep, being staged at London’s Postal Museum.

Work to recover the cargo, including the letters, began in 2011.

Museum curator Shaun Kingsley said: “It’s the largest collection of letters since people started to write to survive any shipwreck, anywhere in the world.

“It shouldn’t have been preserved, but because there was no light, there was no oxygen, it was darkness, it was like putting a collection of organics in a tin can, sealing it up and putting it in a fridge freezer.

“And in the conservation lab, slowly and suddenly words started to appear. Some 700 letters written from British India in 1940.”

American-backed salvage firm Odyssey Marine Exploration say the rescued haul is the heaviest and deepest recovery of precious metals from a shipwreck ever made.

The company, under contract to the British Government, will get to keep 80 per cent of the haul after expenses. The remaining 20 per cent will go to the Treasury.

The SS Gairsoppa, built at the Jarrow shipyard in 1919, was steaming home to Liverpool from India in 1941.

She sank in British waters and the 412ft-long steamship has remained sitting upright on the seabed with her holds open, nearly three miles under water.