Appearing on Good Morning Britain, Dr Sarah Jarvis said that Johnson was leading a “do as we say not as we do government” 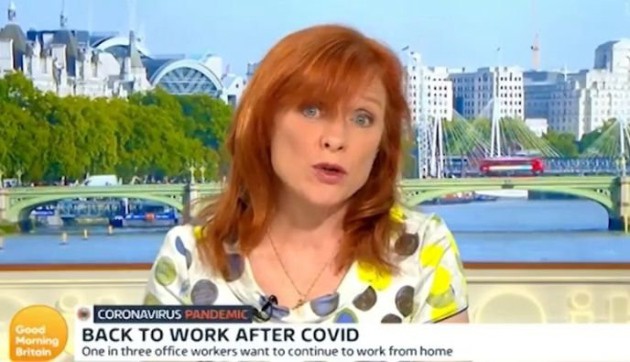 A TV doctor has lashed out at Boris Johnsons’s handling of the coronavirus crisis, labelling some of the government’s actions “unforgivable”.

Appearing on Good Morning Britain, Dr Sarah Jarvis accused ministers of hypocrisy, adding that Johnson was leading a “do as we say not as we do government”.

Scientists advising the government have sought to pour cold water on the prime minister’s efforts to easing lockdown restrictions, with Sir Patrick Vallance – the Chief Scientific Adviser – last week telling MPs that he saw no reason to change guidance on working remotely.

“The fact that the government is sending out the message that there is one rule for them and one rule for the rest of us… I hope that the people listen to the Chief Scientific Adviser and not the prime minister.”

Chief nursing officer Ruth May has confirmed she was dropped from a Number 10 press briefing during the lockdown travel storm surrounding Dominic Cummings.

She had been due to appear alongside Health Secretary Matt Hancock on June 1, but was cut when she felt unable to defend the Prime Minister’s chief adviser, according to The Independent.

Ministers had previously denied that Ms May was blocked from taking questions because she refused to defend Mr Cummings after he moved his family 260 miles from London to Durham to stay on his parents’ farm while strict travel restrictions were in place during the lockdown.