The newspaper splashed allegations of a lockdown-busting Labour party, 15 days after telling people to drop the issue. 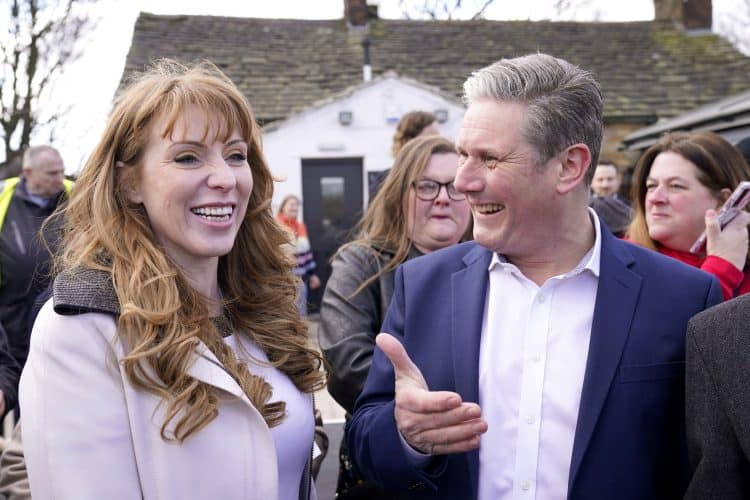 The Daily Mail has been reminded that there’s a war on after it splashed allegations of lockdown-busting drinks in the Labour camp on its front page.

Deputy leader Angela Rayner has been revealed to have been present when Sir Keir Starmer was caught on video drinking a beer with party workers during lockdown, the party has said.

The party acknowledged it had previously told journalists she was not at the event last year, but a source insisted it was a “mistake made in good faith”.

A Labour spokesman said no Covid rules had been broken at the gathering, which took place in the Durham constituency office of the local MP.

Tory MPs have been pressing police to reconsider their decision not investigate the event following the fine issued to Boris Johnson for attending a birthday gathering in No 10.

Durham Police confirmed they have received “a number of further communications” which they will be responding to, but said they are not currently investigating the matter.

The gathering – which included an online Labour Party event – took place on April 30 last year in the constituency office of the City of Durham MP Mary Foy.

The parallels between the Mail’s coverage of Johnson’s illegal gatherings piqued the interest of LBC presenter James O’Brien, who posted this timely reminder: