The French election exposed an interesting development concerning the outer extremities of the political spectrum. 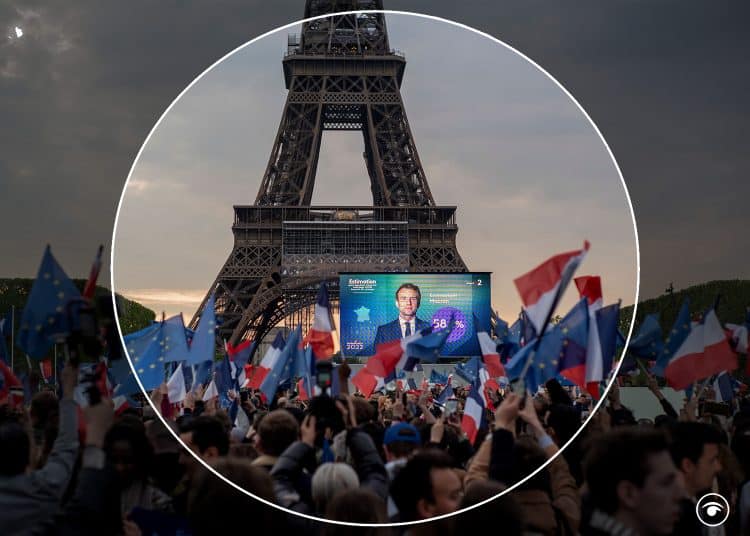 Good morning. There was an audible sigh of relief in the capitals of Europe and the institutions of Brussels and Washington on Sunday night as Emmanuel Macron won a second term as French president. The En Marche! leader was elected with 58.6 per cent of the vote versus 41.4 per cent for his far-right rival Marine Le Pen. The victory was hailed as “Liberal democracy in action” by Australian prime minister Scott Morrison while Charles Michel, president of the European Council, said the union can now “count on France for five more years”.

But a decisive victory this was not. After Jean-Luc Mélenchon was narrowly eliminated in the primaries, those wooed by his left-wing policies did not hold their nose and plump for Macron as expected. Voter abstention was 28 per cent in the election, the highest in 50 years, with some saying the contest was “like choosing between plague or cholera”. An Elabe poll taken after the first round showed that a third of Mélenchon voters plan to skip the runoff vote or cast a blank ballot, while around 25 per cent said they will vote for Le Pen and 42 per cent said they plan to back Macron.

The figures exposed an interesting development that seems to transcend French politics, that the electorate is perhaps no longer best arranged along a line at all, but as a circle. Unlike in previous elections, Le Pen ditched her usual nationalistic trope and instead focussed on the cost-of-living crisis, inflation and pledges to cut VAT, and there’s a good reason why; the far-right leader was courting the far-left. She knew that people in working-class areas that fell victim to both the deindustrialisation of France and the delocalisation of companies would oppose globalist Macron and that she would be just as able to convince them to move to the opposite end of the political spectrum than slide into the middle.

Remarkably, she could well have been right. As Alastair Campbell pointed out on the latest episode of The Rest is Politics, it was astonishing how seamlessly many voters switched their allegiances from the far-left clutches of Mélenchon to the far-right grasps of Le Pen. The two political leaders do, after all, have certain traits in common. They have similar debating style, are populists and have both been involved in their fair share of controversies. Political scientist Dominique Reynié even went as far as to say that Mélenchon “flirts with xenophobia when it helps him”. So is the leap really that big?

You might, indeed, say the same thing of Brexit Britain, where an ideology dreamt up by the right, promoted by the right and driven by the right was widely voted for by the left. Was the collapse of the Red Wall not seeded in a movement that was once associated with fringe right politicians such as Nigel Farage and his UKIP cronies? As Campbell concluded, there are a lot of people attracted by the extremities in the current political environment, and that is not a linear phenomenon.