“By retaining unneeded estate, the department wastes resources that could support frontline personnel." 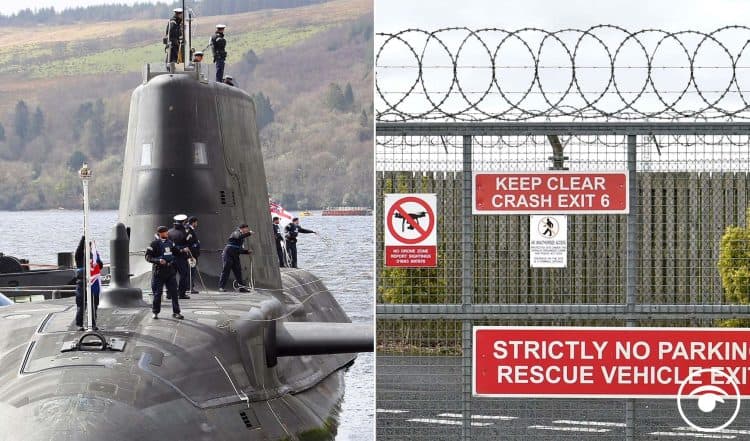 Many people will argue that spending money on the UK’s nuclear deterrent is a complete waste of money and can only bring the end of civilisation if we ever use said weapons of mass destruction.

However, it may make you as angry to know we spend double that amount every year on managing the MoD’s vast estate.

The Ministry of Defence’s lack of strategy for its land and buildings is wasting taxpayers’ money and resources that could support frontline personnel and develop new military capabilities, a report by the Public Accounts Committee has found.

The MoD is one of the largest landowners in the UK with a diverse estate of some 240,000 hectares valued at some £36 billion.

In the year 2019/2020, the Public Accounts Committee (PAC) found the MoD spent £4.6 billion on the UK’s defence estate – around twice the annual cost of maintaining the UK’s nuclear deterrent.

In its report, the committee highlighted the importance of the defence estate, as “vital in supporting military capabilities, and its condition affects the lives and welfare of our service personnel”.

However, it claimed that around 40% was built more than 50 years ago and “30% is in an unacceptable condition”.

Moreover, it has “not tackled the long-known problems with the poor quality of its estate, which continue to harm the wellbeing of service personnel”.

“This constant cycle of delay and internal reorganisation is not helped by the fact that 11 years after this committee first identified problems with the lack of estate data and 10 years since it established the Defence Infrastructure Organisation, the department is still several years away from having sufficient data on the condition and running costs of its sites to inform decisions on optimising use of the estate,” the report continued.

Conservative MP Sir Geoffrey Clifton-Brown, PAC deputy chairman, insisted there is a “disastrous lack of estate strategy” within the department.

The Cotswolds MP said: “The MoD is spending about twice as much a year maintaining the defence estate as it does maintaining the UK’s nuclear deterrent but as this inquiry has disappointingly revealed, it doesn’t know exactly what it spent £4.6 billion of taxpayers’ money on last year – or what it should be spending it on.

“Over the last decade, targets have been set and then missed by miles.

“The management was at first done in-house, then outsourced to contractors and it has since been brought back in-house again and dissolved to the brigades.

“It will take another four years to even establish an asset register on standards of condition of all the property that the MoD occupies. Yet in the May 2021 Armed Forces Continuous Attitude Survey only 34% of service personnel are satisfied with their accommodation.

“Add to all of this that the whole estate management strategy now needs to be completely realigned with the recent Strategic Defence Review.

“Our report indicates that there is a disastrous lack of estate strategy within the MoD which is taking an unnecessarily large amount of resources from the front line, and not even delivering decent housing for defence personnel who are obliged to occupy it.”

In 2016, the MoD set up a 25-year Defence Estate Optimisation Portfolio investment strategy with the expectation that it would reduce the size of the built estate by 25%, and that other sales would reduce it by a further 5%.

However, according to the report, since then it has reduced its built estate by just 2% and even if it achieves all planned disposals, the estate would be reduced by just 16% in total.

Forecast savings from the portfolio have dwindled to £0.65 billion from an original estimate of £2.4 billion and the committee said it fears “there is a very real risk of savings melting away completely”, with the Infrastructure And Project Authority recently grading the whole programme as amber/red: “successful delivery of the project is in doubt”.

Shadow defence minister Chris Evans said there has to be a “strong management structure” to make sure the Government makes the most of such estates.

He told the PA news agency: “This is an ongoing issue. This is an issue that has been going on for 10 years. This lack of data was identified years ago and we are still in a situation where the Ministry of Defence doesn’t know the cost of its defence estates.

“There has to be some strong management structure in place to make the most of these estates.”

Asked about the wellbeing of service personnel, Mr Evans said: “It is not good enough. We ask these people to risk their lives each and every day for us and we should provide the best for them and their families.”

An MoD spokesperson said: “We recognise the need to continually improve the defence estate, that is why we are releasing our Strategy for Defence Infrastructure in the coming month and investing at least £5 billion over the next decade to modernise our estate.

“Over 97% of UK service family accommodation meets or exceeds the Decent Homes Standard, with no properties allocated below that standard.”