From the newsletter: It’s disingenuous to suggest the Greens aren’t doing better because they’ve been talking about trans rights. 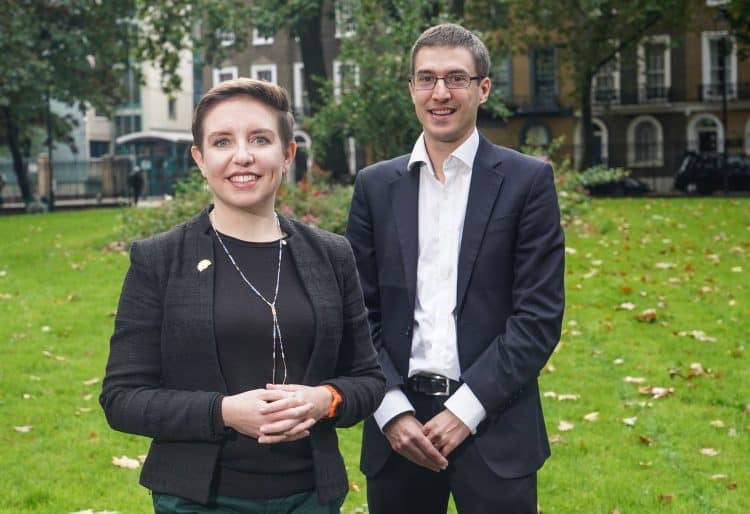 Good morning. Should the Green Party be doing better? They are hovering around five or six per cent in the polls – seven per cent in the ‘Red Wall’, apparently. There is still just one Green MP, the redoubtable Caroline Lucas. Two relative unknowns – Carla Denyer and Adrian Ramsay – have just been elected co-leaders of the party. The ground has arguably never been more fertile for environmental politics and the Greens should be steaming towards government, as in Germany and Scotland.

That, at least, is the argument in a recent New Statesman article, which suggests the Greens are “missing their moment”. The accusation itself is not outrageous – though party insiders, buoyed a litany of local successes in the last year or so, might disagree. The chief restraint on the party’s success is surely First Past the Post, which has repeatedly denied the Greens a voice in Westminster. But according to the New Statesman, it isn’t the lack of proportional representation which has hamstrung the party. It’s because they’ve been talking about trans rights.

Denyer and Ramsay’s election was triggered when Siân Berry – the most recognisable Green politician, Lucas aside – stood down in July, a decision prompted by the party’s appointment of Shahrar Ali to its frontbench. Ali said last year that a woman should be defined as “an adult human female” who is “genetically typified by two XX chromosomes”; Berry said his appointment compromised her “sincere promise to fight for trans rights and inclusion”. Ali subsequently ran for the leadership on a gender critical platform and was trounced, falling behind not just Denyer and Ramsay but Amelia Womack, the Greens’ deputy leader, and Tamsin Omond – an activist who became the first trans and non-binary person to stand for the leadership of a major UK party.

For the NS, that’s a problem. The article portrays the tussle between Ali and colleagues as a distraction, suggesting that the Greens’ position “socially to Labour’s left” dilutes its pro-environment message. Instead of becoming mired in “gender rights” issues, they should be “the party of David Attenborough”. Berry’s resignation, and the election that followed, is described as exposing “stark internal divisions”. It does not add that those “divisions” were resoundingly settled by the party’s membership – which eliminated Ali in the first round and elected a trans-inclusive leadership.

Let’s leave aside the fact that Brits are, generally-speaking, trans-friendly. A poll last year found 50 per cent of the public believe people should be allowed to self-identify as a gender different to the one they were assigned at birth, versus 27 per cent against; this isn’t the battleground columnists at The Times would have us believe. Beyond that, the NS article highlights a couple of things. Firstly that minority rights are still viewed as supplemental to the ‘big picture’. The Greens shouldn’t be talking about trans issues because it draws attention away from something that matters more to everyone else – to ‘us’. An oppressed minority’s lived experience is incidental, but the majority’s is existential.

Secondly it speaks to a political culture that avoids confronting difficult issues because it might not focus group well. Even if, as the article dubiously suggests, the Greens are occupying “a far less popular position” to the left of Labour on social issues, that’s no reason to avoid fighting for what you believe is right. By backing away and bowing to what you imagine might be popular with a certain group of voters in a certain part of the country, you’re opting for stasis. Good on the Greens for looking to lead public opinion rather than follow it.

There is undoubtedly room for a strong Green presence in British politics – and the question of just how ‘single-issue’ the party should be is a reasonable one. But to suggest it’s frittered away its shot by standing up for social justice is disingenuous and discriminatory.