“There are probably women who have not yet found out that they had relationships with undercover officers, and as a result of names released by the undercover policing enquiry there’s now over twenty women who have brought claims.” 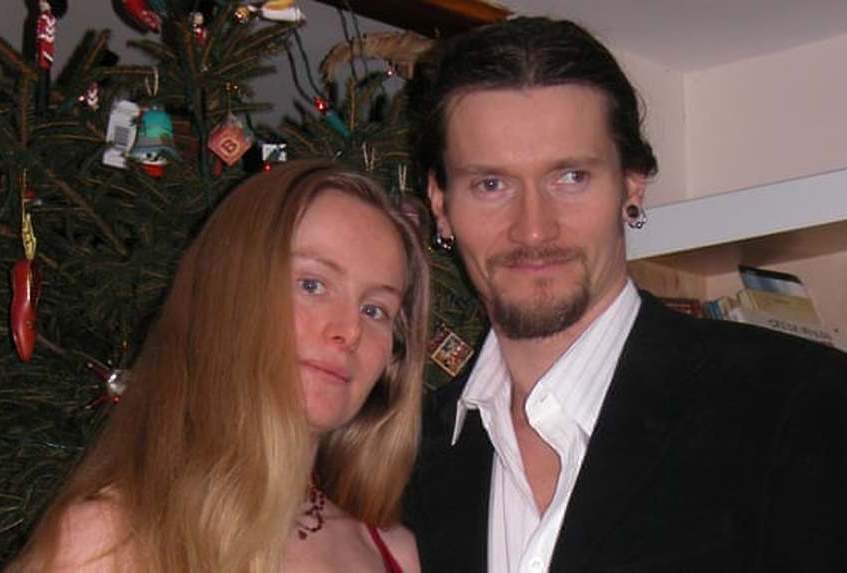 UPDATE: The Investigatory Powers Tribunal ruled in Kate Wilson’s favour that defence witnesses should be called, documents relating to her clase should be disclosed (though they may be redacted) and the tribunal requested copies of the authorisations for the surveillance.

“There is still no law that says undercover police officers cannot deceive people they are spying on into having sex and relationsips,” explains Kate Wilson as she prepares to find out in London today just how far she can pursue her eight-year battle to find out the truth about the spycop who used his cover to deceive her into a relationship.

Today the Investigatory Powers Tribunal will determine if the police can block Kate’s attempt to find who authorised “Mark Stone” to continue deceiving her in a two-year relationship which only emerged when his cover was blown and she found out that he was actually police officer Mark Kennedy, and had tricked her and others into relationships using his false identity.

Today’s decision will be hugely significant for other women in Kate’s position too, keen to have a court at last allow someone tricked into a sexual relationship find out just how high the conspiracy of silence went and lay down the law on such abuses.

The London Economic last spoke to Kate when she met MEPs last year to tackle the international scandal of undercover police officers from different countries crossing borders, entering people’s homes, lives, deceiving them into relationships with no legal oversight.

“For police to enter your home they need a warrant from a judge but if they are undercover they can move into your home, your family, have relationships, have children. Mark Kennedy moved in with me and we also know that other undercover officers moved in with many families.

When he was unmasked in 2010, Mark Kennedy said that he had entered sexual and meaningful relationships in other European countries, been used by the police forces of 22 countries in his guise as an environmentalist and committed crimes on their behalf.

His seven-year infiltration of the Green movement was exposed by environmental activists who had become suspicious of his willingness to help plan and pay for a planned trespass of a power station near Nottingham.

Kate Wilson is sceptical that police chiefs running such operations across borders will ever allow any open scrutiny over their powers which have not changed since her life was turned upside down by the discovery that her partner was a married cop who had lied his way into her life to spy on her and her friends.

She is determined that the police allow her to finally have her case examined in open court and lessons learned.

Today the Investigatory Powers Tribunal will consider an application by the Metropolitan Police Service and National Police Chiefs’ Council to justify their failure to fully reveal to Kate Wilson over 10,000 pages of documents which refer to her case and which the tribunal had ordered disclosed.

There is a demonstration in support of Kate and others this morning outside the Royal Courts of Justice where the hearing has been moved to.

Kate’s human rights case is separate to a government inquiry that Theresa May was forced to call for when outrage mounted as it emerged that undercover cops had even infiltrated murdered Stephen Lawrence’s campaign for justice.

Costing more than £10m so far, the inquiry, led by Sir John Mitting, was due to conclude this year but will not hear any evidence until June 2019. Kate is worried that it will become an “expensive whitewash.”

“There are probably women who have not yet found out that they had relationships with undercover officers, and as a result of names released by the undercover policing enquiry there’s now over twenty women who have brought claims.”

“My case is the first time that the facts about any of the undercover police officers’ deceptive relationships are to be examined in court.

“It is very, very, very hard bringing a case against the police. It is emotionally draining. The women are asked to provide extremely intrusive disclosures about their personal life and the police are providing absolutely no disclosure and fighting everything, pushing it until the very last moment then they are making limited admissions and saying the matter is closed.”

In 2015, the police withdrew their defence against Kate’s civil claims of deceit, assault, battery, misfeasance in public office and negligence, and in 2017 she became one of a growing number of women to receive an apology from the Metropolitan police.

”officers, acting undercover whilst seeking to infiltrate protest groups, entered into long-term intimate sexual relationships with women which were abusive, deceitful, manipulative and wrong” and that “these relationships were a violation of the women’s human rights, an abuse of police power and caused significant trauma.”

But according to the apology Kate received such abuse was not authorised. – A denial police have been forced to since admit was not true.

Kate discovered that Kennedy’s superiors and managers were well aware of her sexual relationship with their officer.

Environmental activist Kate met Kennedy at a political meeting about the upcoming G8 summit in 2003 and says that he quickly charmed his way into a romantic relationship with her and soon moved into a house with her and friends, meeting her family and living with her as a couple until they separated, though they remained close until he was unmasked in 2010.

She describes the revelation as “shattering.”

“At present they can undercover officers can still deceive people into relationships using their undercover personality,” explains Kate.

“RIPA (the Regulation of Investigatory Powers Act) does not prevent that – part of the significance of this case should it be allowed to proceed is to help establish a legal obligation not to do this.”