To bug your phone the state at the very least needs the permission of a judge or Home Secretary. But as the bereaved family of murdered black teenager Stephen Lawrence found out, to send an undercover police officer to spy on you and your family, all that is needed is the permission of the police […] 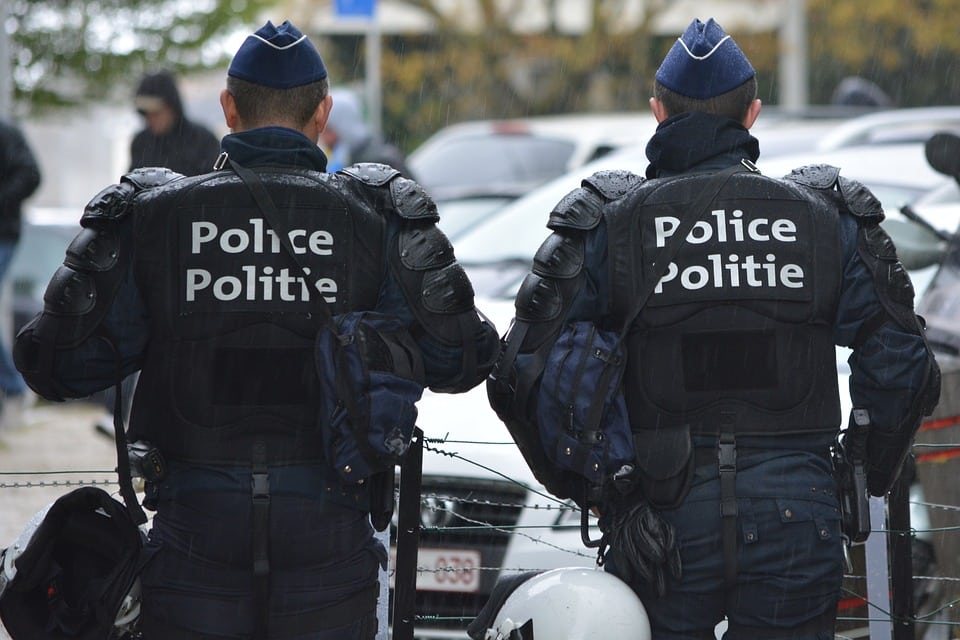 To bug your phone the state at the very least needs the permission of a judge or Home Secretary. But as the bereaved family of murdered black teenager Stephen Lawrence found out, to send an undercover police officer to spy on you and your family, all that is needed is the permission of the police chief handling them.

This week campaigners whose lives have been affected by “spycops” addressed the European Parliament as it is not only this nation’s undercover officers that are able to enter our lives and spy on us with no judicial oversight, but those of European police forces, and other countries further afield.

Spycop target Jason Kirkpatrick was one of the speakers addressing MEPs and explained:

“When the state wants to tap someone’s phone, usually a judge’s permission is needed. But police agencies across Europe have found a trick to avoid all oversight and accountability by requesting the use of foreign undercover police to cross borders to act as political police. The truth we have recently exposed is just the tip of the iceberg.”

The revelation that Stephen Lawrence’s family’s campaign had been spied on by an undercover cop was perhaps the final straw that forced Theresa May as Home Secretary to agree to a public inquiry into the use and oversight of undercover “spycops” in 2014. – An inquiry those affected now fear will become mired in secrecy before it sees the light of day.

A fierce advocate for victims of “spycops” who also addressed MEP’s this week is Kate Wilson. Kate is one of eight women, all social justice and environmental activists who were  deceived into longterm relationships with undercover police officers and sued the Metropolitan police in 2011 for deceit, negligence, assault and misfeasance in public office.

The police force attempted to move the hearings out of open court into a secret Investigatory Powers Tribunal, then when that failed, tried to argue that as that they could ‘neither confirm nor deny’ the identity of undercover officers the case should been thrown out. After that did not succeed either, an out-of-court settlement was agreed in 2015 with seven women.

The Met made a public apology for undercover officers who ‘had entered into long-term intimate sexual relationships with women which were abusive, deceitful, manipulative and wrong’.

Kate Wilson, who was deceived into having a two year relationship with undercover officer Mark Kennedy spoke to The London Economic as she prepared to address the European Parliament.

The unmasking of Kennedy in 2010 triggered a spate of revelations about undercover police activity and behaviour, and Kennedy himself is known to have operated in at least a dozen European countries, having deceitful intimate relationships with activists across borders.

“For police to enter your home they need a warrant from a judge but if they are undercover they can move into your home, your family, have relationships, have children. Mark Kennedy moved in with me and and we know that other undercover officers moved in with many families.

Kate Wilson is sceptical that police chiefs running such operations across Europe and across borders will ever allow any open scrutiny over their powers which have not changed since her life was turned upside down by the discovery that her partner was a married cop who had lied his way into her life to spy on her and her friends.

“In the UK the public inquiry has been going on for two years and still nothing has been heard because police forces involved want to tie it up with secrecy,” she added. “The only things that seem to be processed are applications by police forces to keep their affairs secret.

“At the moment the inquiry is gearing up to be a very expensive whitewash.”

Green member of the House of Lords Baroness Jones called for an inquiry into “serious misconduct” after another whistleblower Sgt David Williams revealed a secret Scotland Yard intelligence unit had  destroyed its files on her to stop her finding out about their surveillance operation into her political activities.

Peter Francis alleged that he worked undercover across foreign borders with “absolutely zero schooling in any law whatsoever” or what possible human rights abuses his operations might entail.

“When you get to policemen crossing borders it’s even more shady,” explained Kate Wilson. “There is a European Co-operation Group on Undercover Activities, made up of european and non european police forces, as well as other informal police networks and they make secret, unaccountable decisions by themselves so when police officers cross borders it’s very unclear whose jurisdiction they are working under.”

“We know for instance that Mark Kennedy and other undercover officers were at G8 summits in Scotland and Germany – but no one will give any answers about who is responsible for them when they are there. Mark was with me in Dublin and also travelled to Northern Ireland, so we are asking for the inquiry to be extended to those activities, but it is currently limited to England and Wales and cannot even look at Scotland – one of Mark Kennedy’s biggest operations where he was organising minivans to transport people to the G8 summit.

“Mark himself claimed to work in 22 different countries and he is involved in a prosecution of some French activists. In cross border policing it seems as if nobody is responsible and nobody seems to know what is going on.

And Kate makes clear that these activities have taken a terrible toll on innocent victims all over Europe like herself: “It is devastating. It destroys your ability to trust. It destroys your relationships. It impacts on everything. And I still don’t have answers and that is one of the hardest things. When traumatic things happen what people look for most is answers – understanding what went on and nearly eight years after finding out that Mark was not the person I loved – he did not exist – I still don’t know why he was in my life. I still don’t know whether the state had targeted me or whether i was just part of the job or whether I was just there and he thought it was appropriate.”

The event at the European Parliament was hosted by Dublin MEP Lynn Boylan, who added: “the organisations and activists targeted by these transnational undercover operations were peaceful protest movements. It is very worrying that European police forces feel that it is appropriate to waste police funds on targeting peaceful activist groups.”