The fashion designer described him as a ‘trojan horse’. 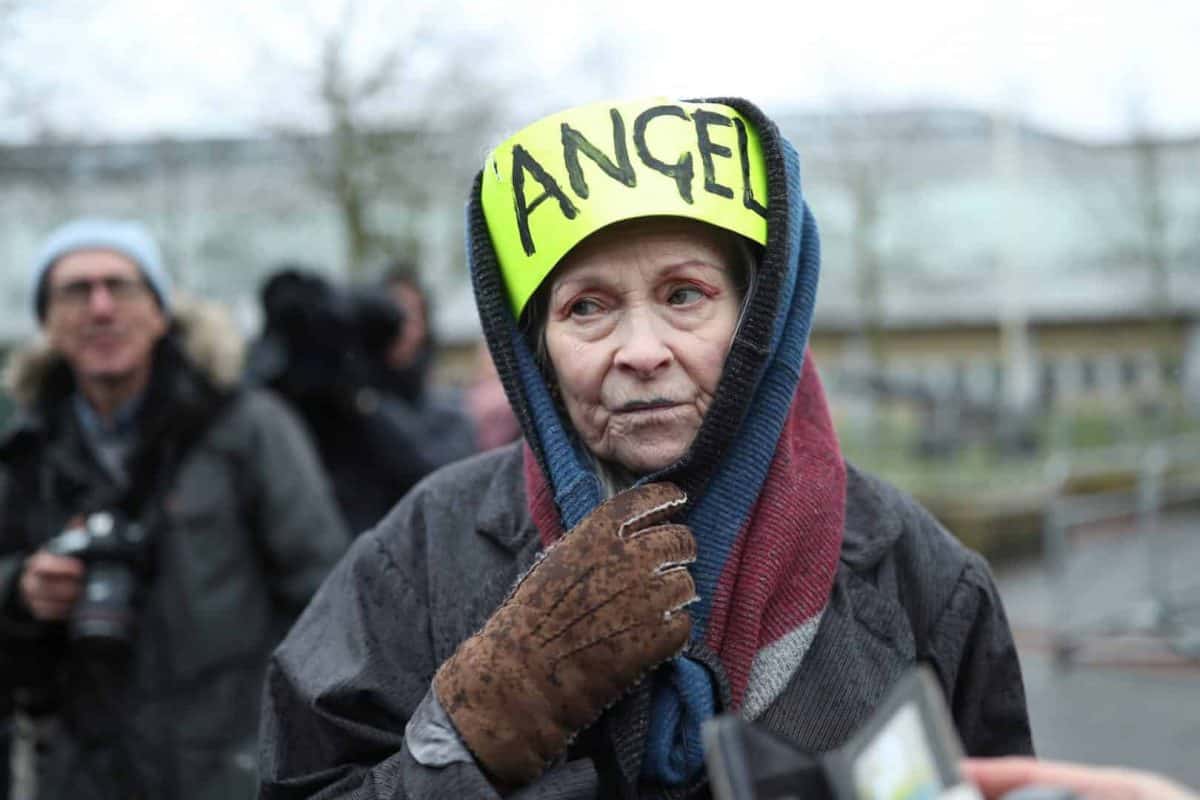 About one hundred people have gathered outside Woolwich Crown Court as Assange appears before a magistrate for the start of his fight against extradition to the United States, where he is accused of helping to leak hundreds of thousands of classified documents.

Dame Vivienne, who is a long-standing supporter of Assange, described him as a “trojan horse” and said he had been smeared by the press.

Wearing a headband reading “angel”, the designer told the PA news agency: “I’m the angel of democracy. Nobody knows more about democracies than Julian Assange.

“It is not a crime to publish American war crimes. It’s in the public interest, it is democracy that he is allowed to do this.

She added: “I think the public need a different story, they need the truth.

“What I want people to know is that every single thing you were told about Julian in this last year, the last nine years, is total smear.”

Assange has received high-profile support in the lead-up to the first week of his hearing, including from Pink Floyd’s Roger Waters and shadow chancellor John McDonnell.

American singer Lady Gaga has also shown support for the 48-year-old Australian, as has rapper MIA, who attended one of the preparatory hearings for the extradition attempt the day before collecting her MBE.

Before the hearing began on Monday, most of the demonstrators were placed behind a barrier at the entrance to the court’s perimeter, but the noise made could be heard from inside the courtroom.

Many of the protesters, including several Gilet Jaune members from Paris, had travelled overnight, and others said they intend to camp outside the court for the initial week of hearings.

Holding signs calling for his immediate release, the demonstrators chanted “free, free Julian Assange”, and blew whistles throughout the morning.

Several people were dressed as judges, and one man was dressed as Jesus, holding a large yellow cross.

Giving his name as Jesus Gilet-Jaune, he told PA he had been motivated by his heart to attend the protest “against injustice”.

He said: “This man is a man who is doing his job as a journalist, who can’t say the truth, but he said the truth.”

Nine tents and gazebos have been set up outside the perimeter of the courts, including an impromptu kitchen.

Another demonstrator, Dawn Manners, 55, told PA: “The Americans dropped bombs on people, Julian Assange exposed it and he should be the only one in the dock for that.