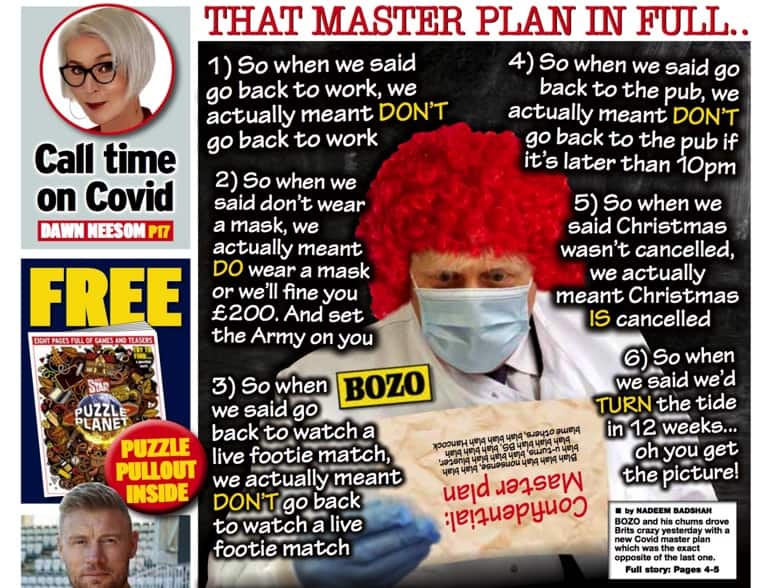 The Daily Star took a hilarious swipe at Boris Johnson’s masterplan for defeating the coronavirus on its front page today.

While other nationals chose to lead with the Prime Minister’s six month warnings, the humorous red top listed confusing guidelines which have left us all bamboozled of late.

Featuring Boris the clown the new instructions were mockingly chalked up for clarity, including: