Readers will require just 104 copies to cover a 6x3 metre feature wall like the PM. 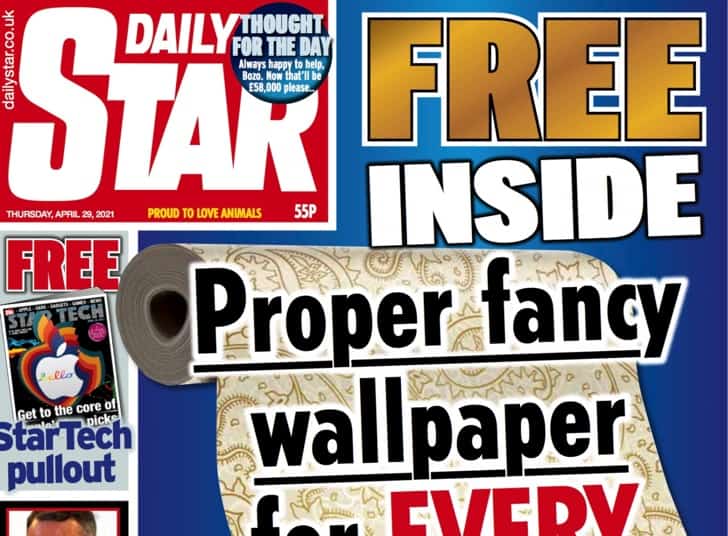 The Daily Star is offering its readers the chance to decorate their homes with ‘proper fancy wallpaper’ at a fraction of the price of what Boris Johnson forked out for his flat refurbishments.

The prime minister has been pressed to reveal who paid for Downing Street refurbishments today, with Sir Keir Starmer saying an investigation into the makeover could be “over in five minutes” if he revealed where the funds came from.

Johnson has insisted he has not broken any laws over renovations of his Number 11 residence after the Electoral Commission launched a formal investigation.

The watchdog said there are “reasonable grounds” to suspect an offence may have occurred, to which Downing Street said Mr Johnson would be “happy” to assist the commission with its inquiries into who initially paid for the work.

According to reports the refurb is thought to have cost as much as £200,000 thanks to Carrie Symond’s hiring of eco designer Lulu Lytle.

But Daily Star readers will be able to get their hands on fancy wallpaper for a fraction of that price, requiring just 104 copies from the redtop’s giveaway to cover a 6×3 metre feature wall.