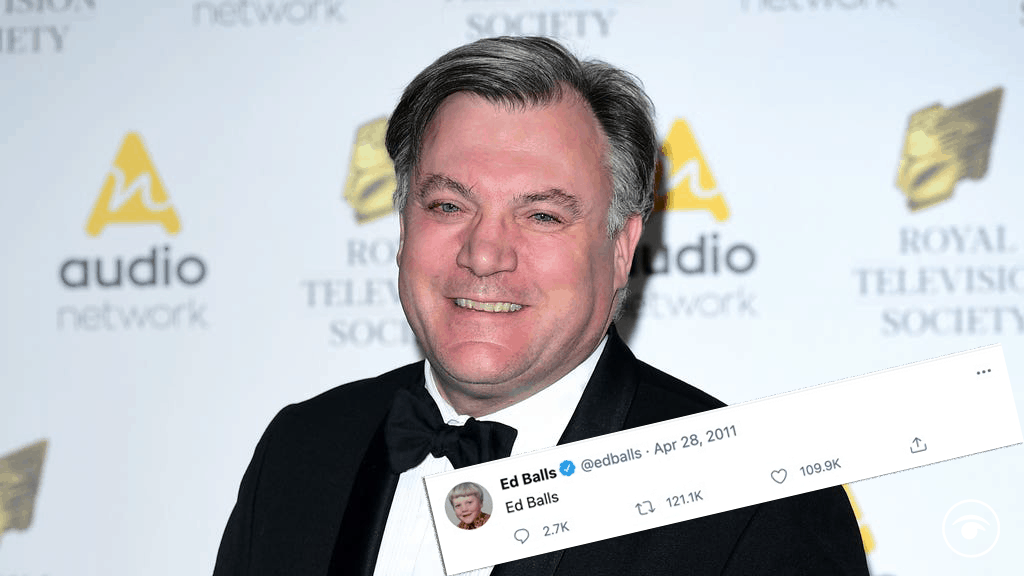 Ed Balls has celebrated the 10th anniversary of one of the country’s most famous social media mishaps.

On April 28, 2011, Mr Balls – who was then Labour’s shadow chancellor – accidentally tweeted the words “Ed Balls” as he was attempting to search his own name.

Instead of deleting the tweet when he noticed his error, he instead left it online for all to see – and the occasion has been celebrated on the platform every year since.

Mr Balls has joined in along the way, retweeting the original tweet, posting variations and even one year baking a cake designed to look like the accidental post.

Good grief.. but how could I say No? RT @YvetteCooperMP We've insisted he bake a cake. How else would you celebrate? pic.twitter.com/tfm7aKTLIs

This year he again posted a picture of a cake – one adorned with a number 10 candle, albeit Photoshopped, and being held by the man himself.

Others marking the day on Twitter included politicians, journalists and celebrities.

Among them was BBC Breakfast presenter Dan Walker, who wrote: “Ten years on… it remains one of the great days #EdBallsDay”

Ten years on… it remains one of the great days #EdBallsDay ? https://t.co/IllZZXXMgX

Mr Balls lost his seat in 2015 and has since developed a TV career, appearing on Strictly Come Dancing and Celebrity Best Home Cook, as well as presenting a series of travel documentaries.