They had hit out at Michael Gove for "stoking a Tory revolt" on the top rate of tax, before the party U-turned on the move over night. 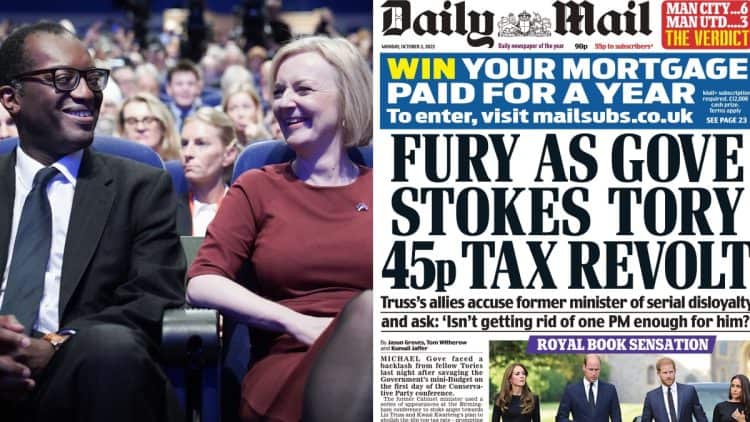 The Daily Mail was forced to completely change its front page after the Tories were forced into a humbling U-turn.

The right-wing rag hit out at Michael Gove in its first edition, saying he was “stoking anger” towards Liz Truss and Kwasi Kwarteng over their plans to cut the top rate of tax to 40 per cent.

Gove used a series of interviews to savage the newly-elected prime minister and her chancellor for “displaying the wrong values”.

His attacks on the government made the front page of the Mail before it was rumoured that the former minister may have had a point.

This morning Kwarteng issued a statement, hours before he had been due to defend the plans at the Conservative Party conference, saying: “We are not proceeding with the abolition of the 45p tax rate.”

“We get it, and we have listened,” he added.

All of a sudden, a very different front page was hastily cobbled together: