The daily newspaper has been one of the chief propagators of EU scaremongering over the years. 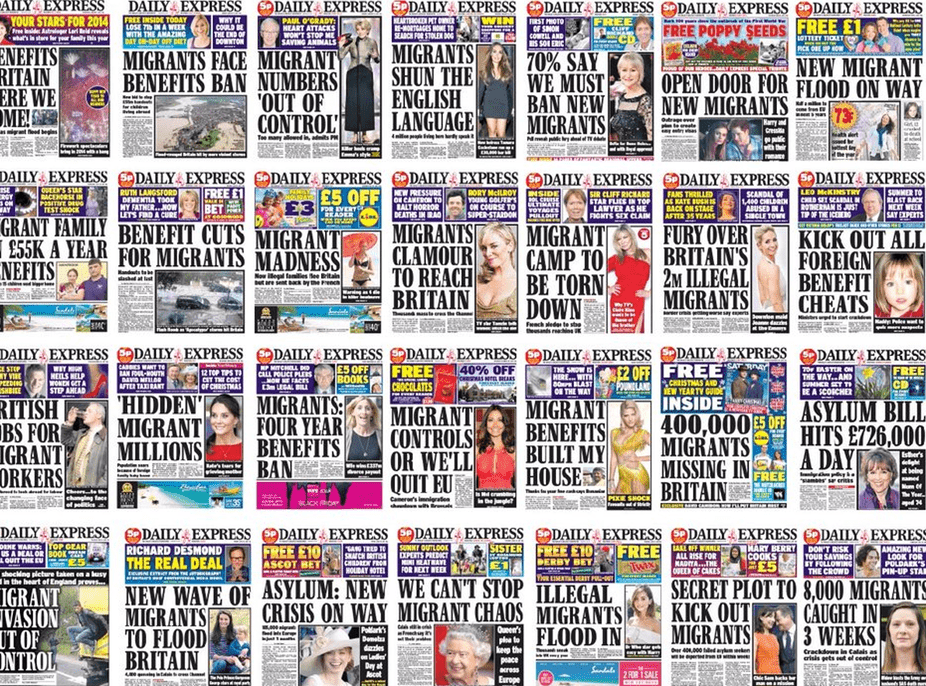 The right wing paper, which has run countless fear-driven features on immigration and the EU, took aim at the government’s own report which warned of food and medical shortages in the event of a no-deal Brexit.

Describing it as an “astonishing Project Fear leak” it rounded on the “doomsday claims” that forecast significant delays at ferry ports and an increase in the cost of products.

According to the documents, first published in the Sunday Times, petrol import tariffs would also “inadvertently” lead to the closure of two oil refineries, while protests across the UK could “require significant amounts of police resources”.

But the claims have been dismissed today by members of Boris Johnson’s cabinet, who went on the defensive following the warnings.

The Government of Gibraltar issued a statement insisting that the Operation Yellowhammer documents were “out of date”, while Michael Gove and other ministers said the dossier depicted a worst-case scenario.

The Daily Express has been one of the chief propagators of Euromyths over the last few decades.

In 1994 it reported that “curved bananas have been banned by Brussels bureaucrats”, while in 2009 it suggested that “Brussels” could force the UK to raise VAT rates and cause “a £2600 tax bombshell”, which is factually wrong.

In 2018 it was also found that the paper led with twice as many stories about foreigners entering (or attempting to enter) Britain and the EU as the next nearest national newspaper.