“Those gathering will be encouraged to return home, if they do not, they face necessary and proportionate enforcement action." 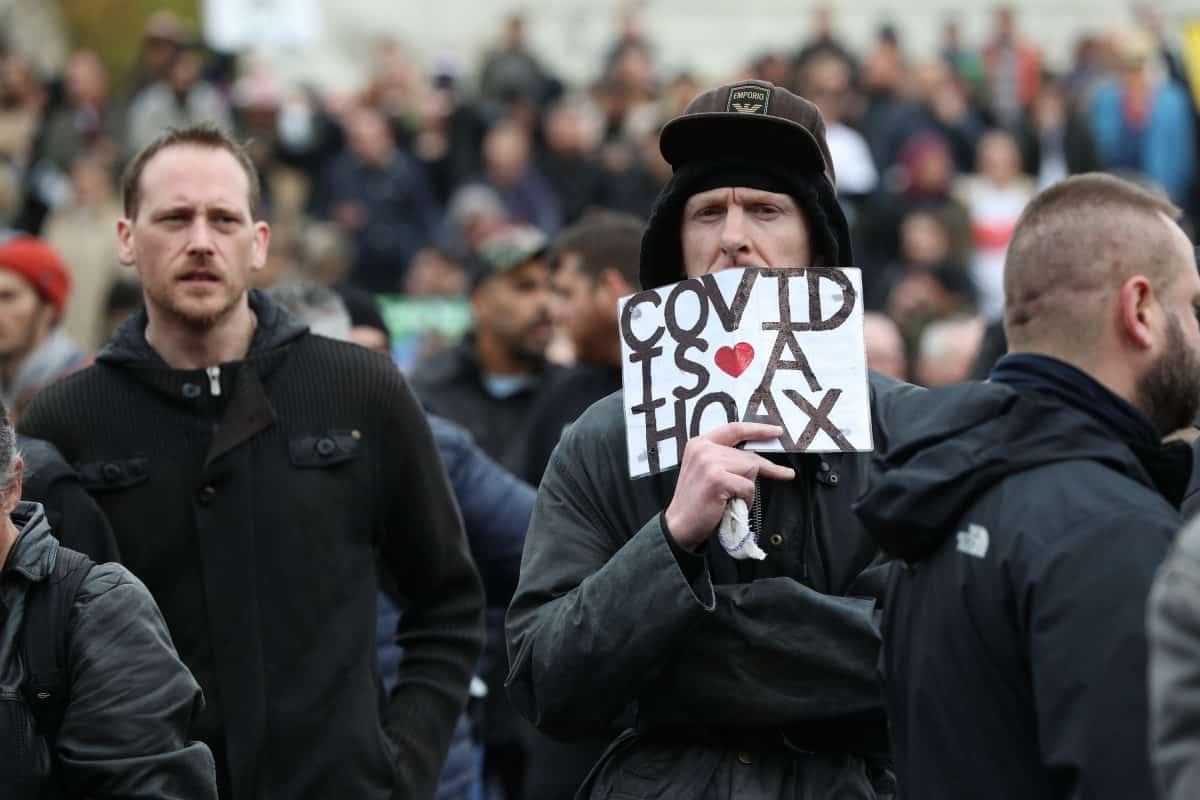 A number of demonstrations are expected to take place in the capital, including a rally at Speakers’ Corner in Hyde Park to support Piers Corbyn’s mayoral bid.

The brother of the former Labour leader has been at the forefront of the anti-lockdown movement since restrictions were imposed a year ago.

There are also expected to be protests against plans to give police in England and Wales more power to impose conditions on non-violent protests, including those deemed too noisy or a nuisance.

Those convicted under proposed legislation contained in the Police, Crime, Sentencing and Courts Bill could face a fine or jail.

Those opposed to the legislation are being urged on social media to take to the streets over the weekend, using the hashtag #KillTheBill.

The Met is aware of several groups intending on gathering in and around central London on Saturday, 20 March, for the purpose of protest.

The Met said on Friday it was aware of several protests planned for Saturday in breach of lockdown rules banning gatherings of more than two people from different households.

“Those gathering will be encouraged to return home, if they do not, they face necessary and proportionate enforcement action,” it said.

“This could be a fixed penalty notice, or arrest.

The Met has come under fire this week for its heavy-handed policing of a vigil on Clapham Common on Saturday in memory of Sarah Everard, with Commissioner Cressida Dick facing calls to resign.

The event had been planned by protest group Reclaim These Streets, but it switched to an online event after being warned it would breach Covid-19 rules.

But crowds still gathered to express their anger and grief at the death of the 33-year-old.

While largely peaceful, it was marred by scuffles with police, and images of some women being bundled to the ground and handcuffed sparked national outrage.

Referring to the protests planned for the coming weekend, Deputy Assistant Commissioner Laurence Taylor, said: “The Met is committed to working with groups who wish to assemble to protest or for other purposes.

“But these are not normal times.”

He added: “People who gather as part of the protest risk the health of Londoners.

“That is why we have a policing plan in place to disperse crowds and where necessary, take proportionate enforcement action.

“This will not just be organisers of the protests but participants too – by now everyone knows their part to play in stopping the spread of the virus and thousands have sacrificed much over the last 12 months to do so.”