“Low-paid staff shouldn’t be losing money they can ill afford when they’re poorly or stopping home to avoid spreading the virus. The system isn’t working. " 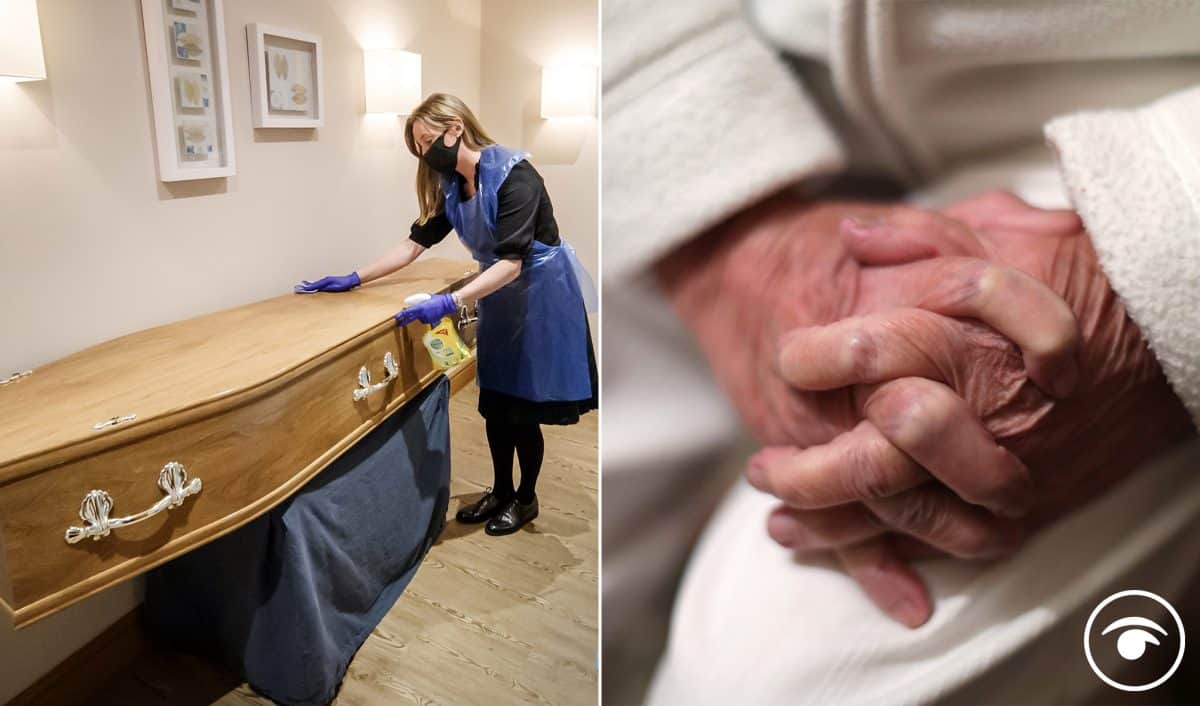 Boris Johnson said he is “very confident” in the coronavirus vaccines after concerns were raised that the Oxford/AstraZeneca jab may be less effective against the South African variant.

The Prime Minister on Monday insisted he has “no doubt that vaccines generally are going to offer a way out” amid fears the variant could delay the relaxation of lockdown restrictions.

Experts warned it is “very possible” the strain is already quite widespread in the UK after a study of around 2,000 people suggested the Oxford jab only offers minimal protection against mild disease of the South Africa variant.

Covid-19 case rates for the four nations of the UK have dropped to their lowest level since before Christmas, with some regions of England recording rates last seen in early December, new analysis shows.

While a handful of local areas across the UK have recorded a week-on-week rise in the latest figures, most of the increases are small.

However, it is the economic situation of areas that seem indicate who are struggling to being down infection rates, putting easing of lockdown restrictions in doubt.

The reduction in Covid in Britain’s poorest regions has been dramatically lower than in richer areas, reports The Mirror

Case rates have fallen by just nine per cent in Preston, Lancs, 14 per cent in the Bradford West constituency in West Yorks, and 18 per cent in Rotherham, South Yorks.

The more affluent areas of Oxford West and Abingdon constituency in Oxfordshire and Saffron Walden in Essex have both seen their rates plunge by 72 per cent, eight times the decline seen in Preston.

Labour has hit out at the Government, saying its failure to offer financial help to low-income people to self-isolate has caused a massive Covid divide between poor and wealthy parliamentary constituencies.

Some UK care workers are having to take holiday when they are off sick with Covid or see already low wages fall to £96 per week, raising fears they may not self-isolate, reports The Guardian.

Care staff on minimum wage claim to have been offered only statutory sick pay when ill with Covid-19 or self-isolating due to the virus concerns, which contravenes government policy.

The trade union Unison said it had been contacted by multiple staff complaining about the practice, which appears to affect a minority of care workers.

“Almost a year into the pandemic, many care workers are having to survive on less than £100 a week should they fall ill or need to isolate,” said Gavin Edwards, a senior national officer at Unison. “Low-paid staff shouldn’t be losing money they can ill afford when they’re poorly or stopping home to avoid spreading the virus. The system isn’t working. Every care worker who has to be off work during the pandemic must be paid their wages in full.”

Coronavirus deaths in care homes in England and Wales surged to their highest level since last May with 1,719 residents dying from the virus in the week to 15 January.