The new policy aimed at stemming the spread of new Covid-19 variants is set to come in next week. 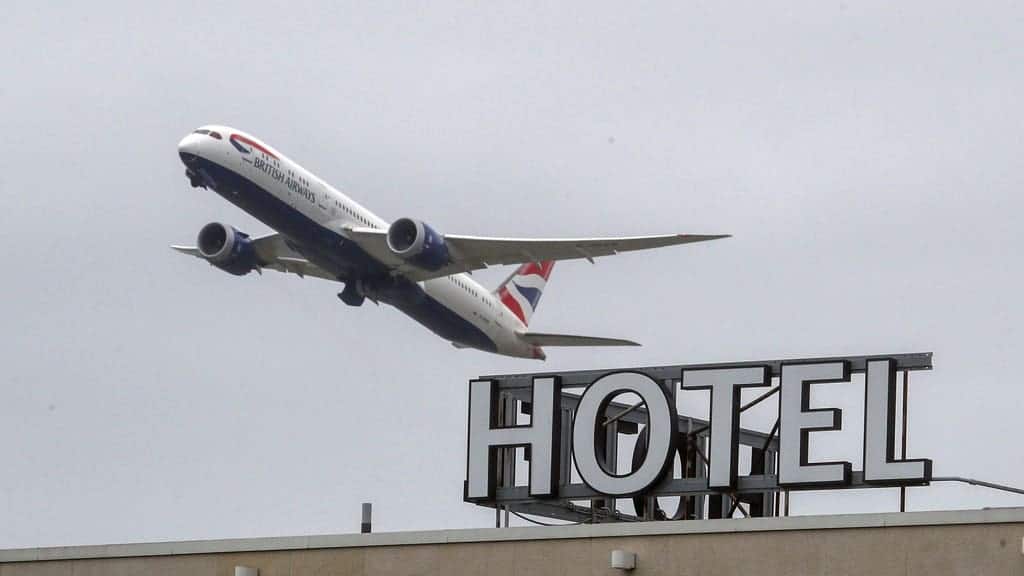 Edward Argar appears to have been tongue tied for good reason on Good Morning Britain today after he failed to provide hosts Piers Morgan and Susanna Reid with an adequate answer on mandatory hotel quarantines.

The government minister was grilled over new border controls which are being brought in to stop the spread of new Covid-19 variants, but he came up short when asked to provide concrete details.

And according to reports in the Mirror there could be a good reason why.

With a week left before the policy launches a government spokesperson has confirmed that they are yet to sign a single travel quarantine contract with hotel firms.

Boris Johnson’s official spokesman told journalists on Monday lunchtime: “The Department of Health issued a commercial specification to hotels near ports and airports.

“This asked for proposals on how they could deliver managed quarantine facilities.

“No formal contracts have been awarded yet.”

Proof that no Tory donors own hotels. https://t.co/UlGejSl2aM

No10 would not confirm whether Brits will be able to opt for “luxury” quarantine for a higher price, or whether they will have any choice about where they can stay.

However, these issues are expected to be set out in more detail later this week.

“It remains the case that the Department of Health continue to work closely with hotels as we move forward to introduce the policy from February 15,” the PM’s spokesman said.

“You can expect further updates on this this week.”

A ‘red list’ of countries from which Brits will have to quarantine in hotels has been released by the government.

People entering from the below destinations will have to self-isolate for 10 days on arrival and from February 15 this will need to be in guarded hotels: