The prosecution at the original trial argued that the footage, in which cardboard figures burned as the model went up in flames, was racist in showing black and brown characters representing victims of the Grenfell Tower blaze, which killed 72 people in 2017. 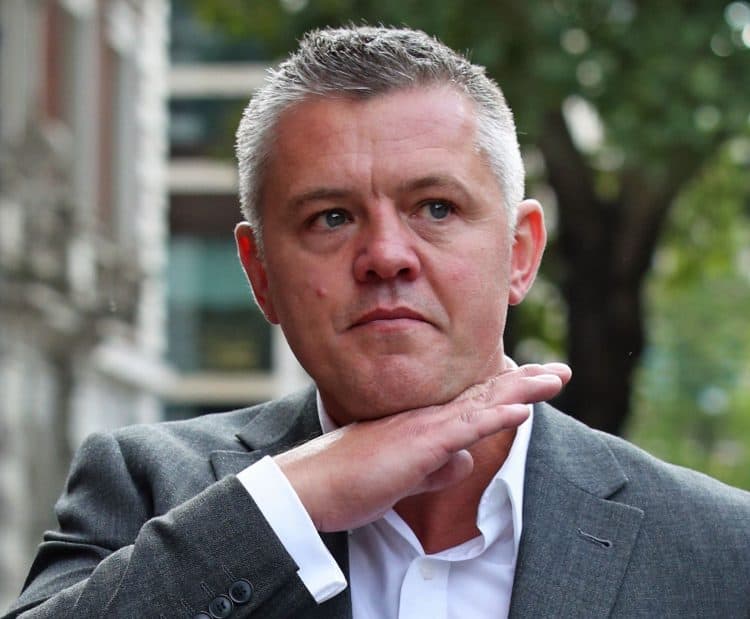 A father who filmed a video of a cardboard model of Grenfell Tower being burned on a bonfire will face a second trial, the High Court has ruled.

Paul Bussetti was accused of sending a “grossly offensive” video on WhatsApp after widely-shared footage filmed in a friend’s garden in November 2018 prompted outrage.

Bussetti, then 47, was found not guilty after a two-day trial at Westminster Magistrates’ Court in August 2019.

However, in a judgment on Friday, the High Court quashed Bussetti’s acquittal and ordered a retrial after the Crown Prosecution Service (CPS) brought an appeal.

The prosecution at the original trial argued that the footage, in which cardboard figures burned as the model went up in flames, was racist in showing black and brown characters representing victims of the Grenfell Tower blaze, which killed 72 people in 2017.

Bussetti said the characters were images of his associates, including a black-clad figure meant to represent a friend who did martial arts and had been referred to as “little ninja”.

Near the end of the trial, Bussetti’s lawyers said that a second video of the bonfire existed which they were not previously aware of, meaning there was no way to know which footage had been uploaded to YouTube and gone viral.

Then-Chief Magistrate Emma Arbuthnot, who is now a High Court judge, said she could not be sure he had filmed the video that was widely seen – including by some directly affected by the tragedy.

However, in his ruling ordering a retrial, Lord Justice Bean said the trial judge should have found that the two videos of the bonfire were similar.

He said: “It may be that the sound quality of Mr Bussetti’s video was not as good as that of the video which we have seen, if it was indeed not the same one, or the camera angle slightly different, but that is of minimal significance.”

The judge continued: “Since it was clear for the reasons given above that Mr Bussetti’s video was substantially similar, though maybe not identical, to the one uploaded to YouTube and played in court, the Chief Magistrate was required to consider whether its content was grossly offensive and whether (Bussetti) intended it to be so or was aware that it was likely to be so.”

He said: “The question was whether Mr Bussetti had sent via WhatsApp a message which he intended to be, or which he was aware might be, grossly offensive to members of the public, in particular members of the Grenfell community, who saw it.

“Not all the victims of the Grenfell Tower disaster were from ethnic minorities, though many were.”

The judge later said that he did not accept Bussetti’s argument – that the figures in the bonfire were his friends – as a defence.

He continued: “Even if the trial court accepts that the cut-out figures may have been intended to represent the defendant and his friends, that would not in my view provide a defence to the charge.

“A member of the Grenfell community or other reasonable member of the public, seeing a video of the effigy, would not know that the figures were intended to be anyone other than the residents of Grenfell Tower.

“There are no names attached to the cut-out figures; only the name ‘Grenfell’ at the top of the effigy, which clearly depicts a tall building with people at the windows.”

Bussetti will now face a retrial at Westminster Magistrates’ Court in front of a different judge, and will also have to pay the CPS’ costs of £6,095 within 28 days.

Related: Grenfell tragedy a ‘story of careless decisions,’ bishop says ahead of anniversary