Warwick District Council is holding a ballot on May 7 over a £3m annual climate action plan. 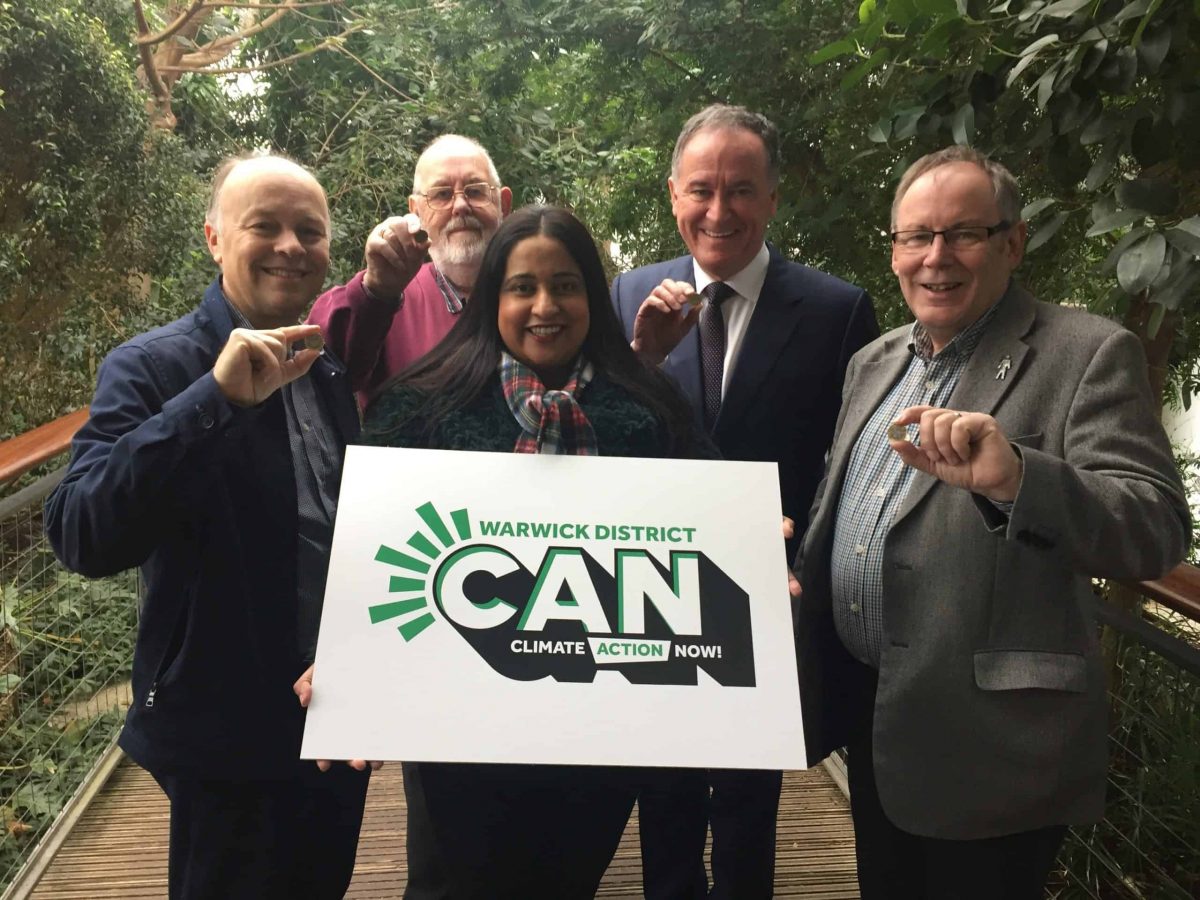 Ratepayers will be voting in a historic referendum on whether to hike their council tax to pay for a climate change fighting fund.

Warwick District Council is holding a ballot on Thursday May 7, asking residents, in a simple yes/no vote, to raise council tax by an equivalent of £1 a week for an average Band D householder.

If passed, the measure would fund the council’s annual £3 million Climate Action Now (CAN) project, with the money ring-fenced solely for measures aimed at tackling climate change.

The local authority is the first in the UK to hold a referendum on a rates change specifically for that purpose.

The local authority is currently looking at an option to have all-electric refuse vehicles, and fitting better insulation to the 6,000 homes it manages, in the hope it could reduce domestic fuel bills – and cut emissions.

The council unanimously passed the measure during a meeting on Wednesday.

The ballot will take place the same day as the local Police and Crime Commissioner elections, with the result expected overnight.

Councillors from the local authority’s five different parties have put aside political differences to agree the measure, having already voted to declare a climate emergency, last summer.

Andrew Day, Conservative leader of the council, said: “This is a direct approach to our residents, and  we’re encouraging them to support us.

“That’s what local government and local democracy is all about.”

If the measure fails to get a simple majority, then all parties would have to “reflect and reconsider”, he said.

But Mr Day added that climate change is not going away.

“We believe we can have a real and direct practical role, helping address it in Warwick district and you know there’s a lot to do,” he said.

“If our residents back us, I promise you we will not be messing about.”

Liberal Democrats group leader Alan Boad said: “People say the Government should be helping – and we don’t disagree, but they’re not doing anything.

“Do you keep talking about it, or do something now?

“If we do nothing, then nothing happens.”

Leader of the Greens Ian Davison said it would be “no surprise” to people that his party is backing the measure but that the key message is explaining to residents the potential benefits.

He said: “People are seeing floods, they see the fires in Australia, but we’re selling this measure in terms of the benefits to local residents.

“For example, in south Leamington Spa, there’s a lot of fuel poverty, so to me a major part of this is improving insulation, so people have a better quality of accommodation and it reduces the use of fossil fuels to heat and power those homes.”

He added that there is a “huge amount of housebuilding” going on in Leamington, Kenilworth and Warwick, which is putting a lot more traffic on the district’s roads.

“So the second major thrust for us is reducing traffic and congestion, moving to electric vehicles, improving air quality,” he said.

Mini Mangat, from the Labour group, said: “We know there’s a climate emergency, and we need to act now.

“That’s why we’ve come together as a council and put our differences aside.”

Tony Heath, leader of Whitnash Residents’ Association – which has three members on the council – also supported the measure but knows it will not be an easy sell.

He said: “Nobody likes an increase in council tax.

“At the same time we’re facing an increase of the precept from the county council, and the Police and Crime Commissioner wants an increase.

“So it’ll be difficult to get across to people – to stress – that we cannot wait.

“The climate emergency is happening, you can see it in the flooding, here and across the country.

“But convincing everybody is a difficult thing.”

Although councillors will not be canvassing door to door, there will be a series of public meetings across the district to explain the proposals.

Harry Fone, from the TaxPayers’ Alliance, said: “This is nothing more than yet another council tax hike, meaning bigger bills for already over-taxed residents.

“Despite politicians’ promises, taxpayers will likely be stuck with these rises permanently, meaning a £57 increase this year leading to the average household paying at least another £228 over the next four years.

“Instead of burdening local residents with yet more charges, councillors should focus on getting their own house in order, cutting down on bumper fat-cat salaries and the hundreds of thousands spent on this referendum alone.”