Mrs Zaghari-Ratcliffe said she was “happy to be out”, even with an ankle tag. 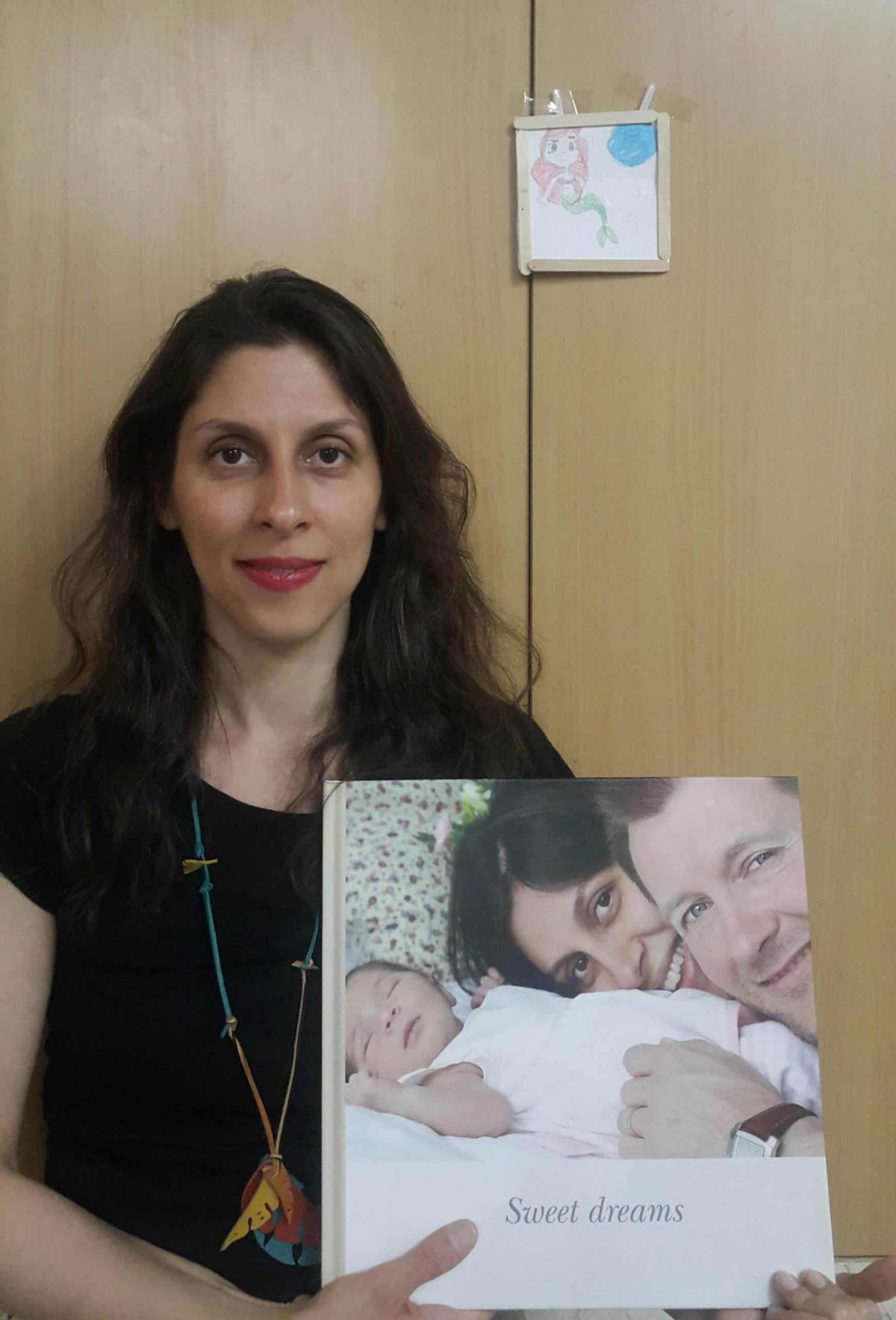 Free Nazanin Campaign handout photo of Nazanin Zaghari-Ratcliffe, the Britsh-Iranian woman jailed in Iran, after she was released temporarily on furlough for two weeks until April 4 by the government in Tehran because of the coronavirus outbreak, her husband said.

A British-Iranian mother has been temporarily released from prison in Tehran because of the coronavirus outbreak, her husband has said.

Nazanin Zaghari-Ratcliffe has been released for two weeks as Covid-19 cases in Iran continued to climb.

She has to wear a prison tag and can only go within 300 metres of her parents home, according to the Free Nazanin campaign.

Mrs Zaghari-Ratcliffe said she was “happy to be out, even with the ankle tag”.

In a statement, she added: “Being out is so much better than being in – if you knew what hell this place is. It is mental.

“Let us hope it will be the beginning of coming home.”

She is one of an estimated 85,000 prisoners in Iran on temporary leave in a bid to curb the spread of the virus, with Western nations pushing for the release of dual nationals.

Her husband, Richard Ratcliffe said on Tuesday: “My feelings today have been all of a mix – pleased at the happiness for Nazanin and (their daughter) Gabriella, but fear this is a new drawn out game of chess.”

He added: “The issue now is to make it permanent and bring Nazanin home. It is one feeling to walk out of prison. It is completely different to walk back in. No-one should be asked to go and be a hostage again. So we are watching carefully.”

Their MP Tulip Siddiq said she was “pleased and relieved that [Nazanin will] be with family rather than in jail at this time of terrible chaos and uncertainty in Iran”.

Some good news in the darkness of #Coronavirus – my constituent Nazanin Zaghari-Ratcliffe has been released from prison for two weeks.

I’m both pleased and relieved that she’ll be with family rather than in jail at this time of terrible chaos and uncertainty in Iran.#FreeNazanin

The Labour member for Hampstead and Kilburn said in a statement: “However, we have been here before and know from past experience that Nazanin will be treated like a prisoner in her own home.

“The UK Government must get reassurances from Iran that she won’t be harassed or intimidated while on temporary release.”

Foreign Secretary Dominic Raab said: “I am relieved that Mrs Zaghari-Ratcliffe was today temporarily released into the care of her family in Iran.

“We urge the regime to ensure she receives any necessary medical care.

“While this is a welcome step, we urge the government now to release all UK dual nationals arbitrarily detained in Iran, and enable them to return to their families in the UK.”

Mrs Zaghari-Ratcliffe was arrested at Tehran’s Imam Khomeini Airport while travelling to show her young daughter, Gabriella, to her parents in April 2016.