The country’s death toll from Covid-19 has surpassed the 58,220 service personnel killed in Vietnam. 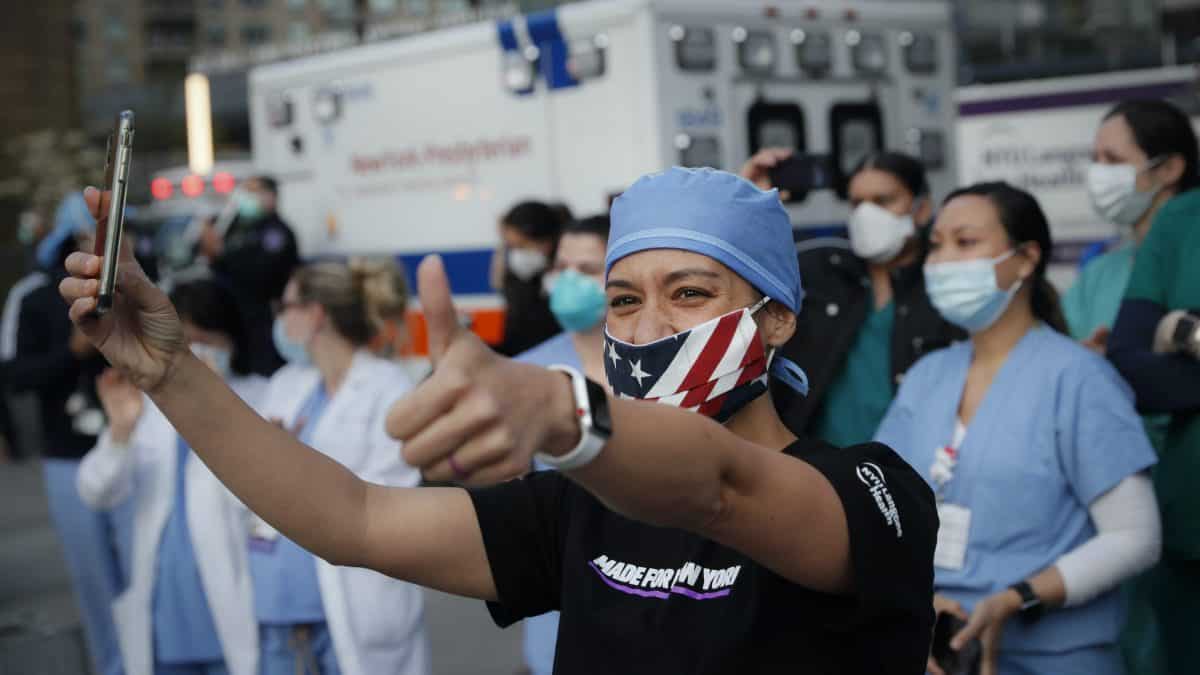 The number of coronavirus cases in the US has passed a million, accounting for nearly a third of the total cases worldwide.

The figures, from tracking at Johns Hopkins University, show a worldwide death toll of more than 210,000, though the real numbers are likely to be higher owing to limited testing and differences in counting deaths.

US states are beginning to lift their restrictions as the death toll from Covid-19 passes the 58,220 service personnel killed in Vietnam.

Similarly, countries in Europe are beginning to loosen their lockdown restrictions, and France, Spain and Greece are among the latest to put forward road maps for restarting their economies.

But uncertainty remains about what people should do to protect their health after they emerge from lockdown.

In the US, this was highlighted in Georgia after businesses such as barber shops and tattoo parlours were given the go-ahead to reopen.

The House of Representatives is scrambling for ways for members to work from home after a revolt over convening during the pandemic, and said they would not return to the Capitol on Monday. The smaller Senate plans to convene there.

The decisions people make are likely to vary widely depending on where they live, and how close that puts them to known virus clusters.

Elsewhere around the world, New Zealand reported just three new infections on Tuesday as the government loosened its lockdown.

In Australia, hundreds returned to Sydney’s Bondi Beach, though it was open only during daylight hours and social distancing was mandatory.

Emily Landon, who leads infection control at the University of Chicago Medical Centre, said: “I think everyone still needs to use their judgment. I’m not having a book club in my house. I’m going to my doctor for an allergy shot because that’s safe to do.

“You can try and make it political, make it about freedom, but it’s a virus. It’s biology. Biology doesn’t negotiate.”