"Trump was wasted on right-wing extremism. He could have been the world's funniest, sassiest camp comedian," Owen Jones posted in response. 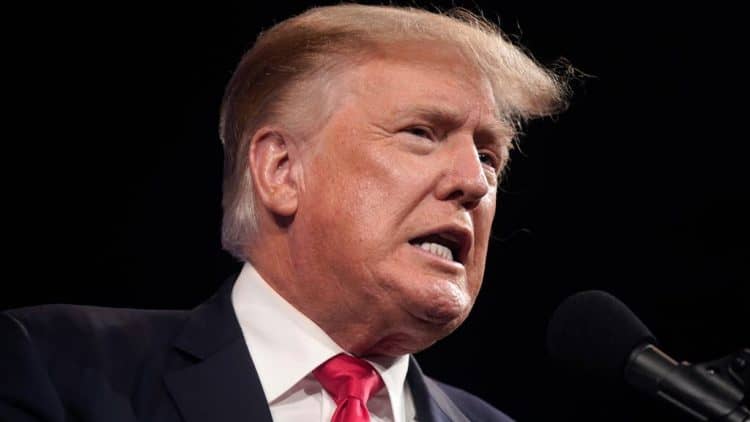 Donald Trump hit out at the US women’s national soccer team after they won a Bronze medal at the Tokyo Olympics.

The former president, whospent significant portions of his presidency criticizing athletes, has been strangely quiet during this year’s Games, but couldn’t resist taking a swipe at one of his favourite targets.

Posting a bizarre statement, he said:

“If our soccer team, headed by a radical group of Leftist Maniacs, wasn’t woke, they would have won the Gold Medal instead of the Bronze,” Trump said in a statement that failed to explain why Canada, whose team have spent much of the last week showing support for their non-binary and trans midfielder Quinn, are in the gold medal match.

“Woke means you lose, everything that is woke goes bad, and our soccer team certainly has. There were, however, a few Patriots standing. Unfortunately, they need more than that respecting our Country and National Anthem,” continued the man who recently lost the presidential election, of the World Cup champions. The USWNT, along with other teams, have knelt before games at the Olympics to draw attention to racial injustice. They then stood for the national anthem.

“They should replace the wokesters with Patriots and start winning again. The woman with the purple hair played terribly and spends too much time thinking about Radical Left politics and not doing her job!” he added, referencing Megan Rapinoe, whose terrible performance included scoring two goals, one a magnificent volley, in the 4-3 victory over Australia.

The reaction on social media has been quite entertaining.

Trump was wasted on right-wing extremism. He could have been the world’s funniest, sassiest camp comedian. A real shame for everyone involved.