There is still a reference to fossil fuels - but even that may not make the final draft. 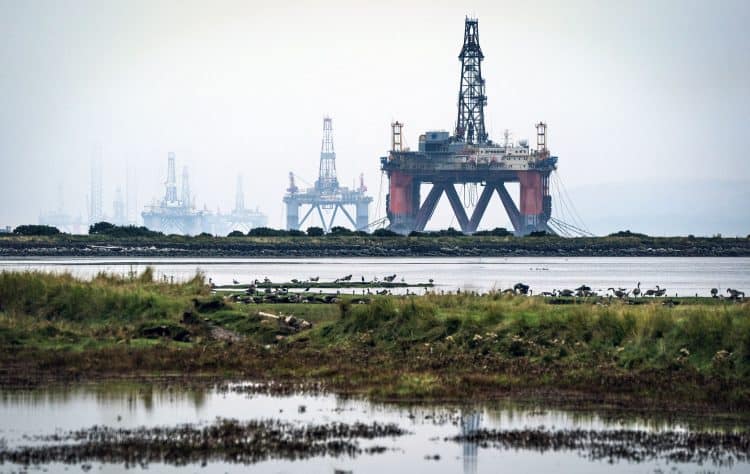 A new draft of the deal that could be agreed at the Glasgow Cop26 climate talks appears to have watered down its push to curb fossil fuels.

The first draft of the “cover decision” for the overarching agreement at the summit called for countries “to accelerate the phasing-out of coal and subsidies for fossil fuels”.

In a new draft produced on Friday morning, that has changed to calling on countries to accelerate the shift to clean energy systems, “including by rapidly scaling up clean power generation and accelerating the phaseout of unabated coal power and of inefficient subsidies for fossil fuels”.

The inclusion of a reference to fossil fuels was a first for a UN decision document of this type but was expected to get fierce pushback from some countries – and still may not survive to the final text.

Talks went on through the night and look set to overrun from their finish time of Friday evening as negotiators come under pressure to resolve issues around finance for poor countries, fossil fuels, the efforts of countries to cut emissions in the 2020s and rules on carbon markets and transparency.

The latest draft appears to have strengthened language on getting countries to “revisit and strengthen the 2030 targets” in their national action plans by the end of 2022 to align with global goals to limit temperature rises to “well below” 2C and try to limit them to 1.5C.

The new version “requests” countries do so,  compared to the previous version which “urges” them to do so.

He said: “I see this as a strengthening of the language which effectively means countries are being told to come back next year with nationally determined contributions aligned to the 1.5C temperature goal.”

However, David Waskow, international climate director of the World Resources Institute (WRI) think tank, said the move from “urges” to “requests” is “in international legal terms a weakening”.

His view was echoed by his colleague Helen Mountford, WRI vice-president for climate and economics.

But she said: “Overall, on balance this is definitely a stronger and more balanced text than we had a few days ago.”

She said sections on adaptation finance and loss and damage appear stronger but the reference to “inefficient” fossil fuel subsidies “does weaken that a little”.

She said a gap remains on the pledge from developed nations to mobilise one billion US dollars a year from 2020, with no reference to making up the current shortfall.

Scientists have warned that keeping temperature rises to 1.5C – beyond which the worst impacts of climate change will be felt – requires global emissions to be cut by 45 per cent by 2030, and to zero overall by mid-century.

But current action plans known as nationally determined contributions for emissions cuts up to 2030 leave the world well off track to meet the goal, and could see warming of 2.4C over the long term.

So countries are under pressure to rapidly increase their ambition for emission cuts in the 2020s to stop the 1.5C goal slipping out of reach.

There is now a date – missing from the first draft – for when developed countries should double the provision of finance to help developing countries adapt to climate change – by 2025.

Providing finance for developing countries to develop cleanly, adapt to the impacts of climate change and address the loss and damage to people, livelihoods, land and infrastructure already being hit by increasing weather extremes and rising seas is also key to securing a deal in Glasgow.

Related: MPs claim millions from taxpayer while letting out their own London homes