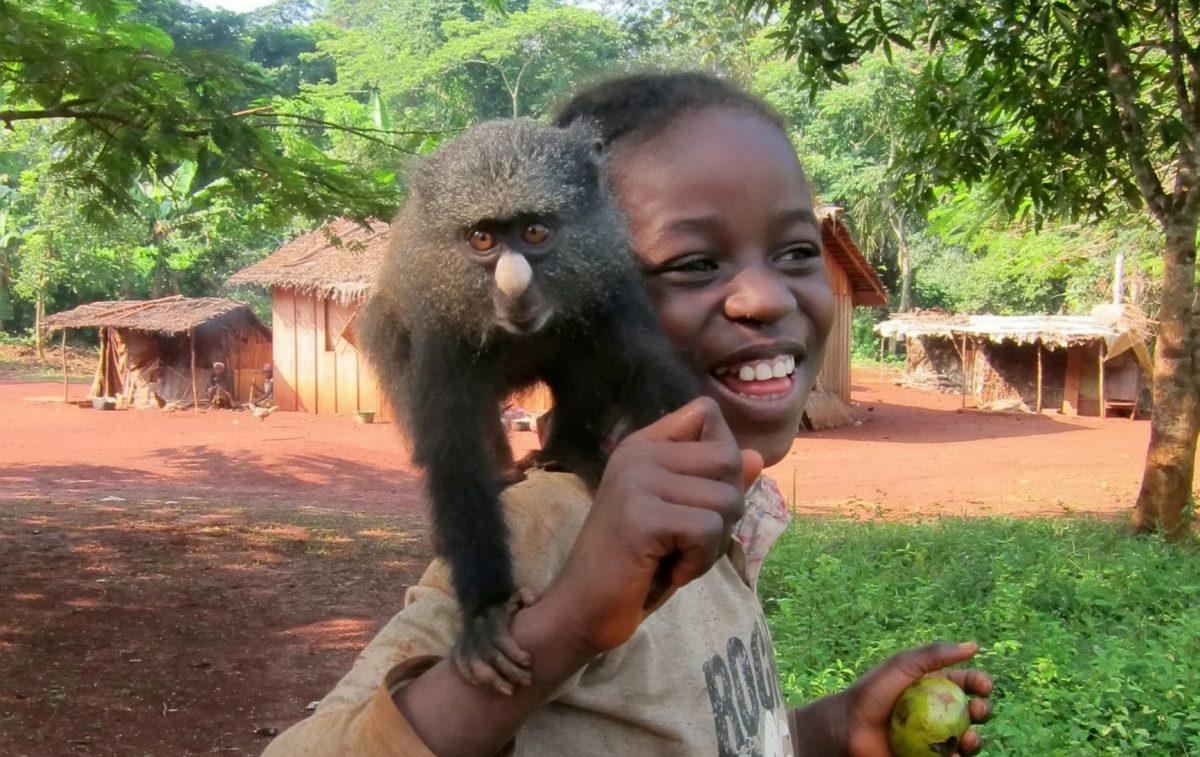 More than three fifths of emerging infectious diseases are now transmitted from animals to humans – with seven in ten of those coming from wild animals.

Animal diseases that infect humans such as Ebola, Lassa, and Marburg, are a major threat to human health, and diseases often spillover to humans from nonhuman primates.

And there needs to be better monitoring to stop the next epidemic that could become a pandemic.

The finding was made by researchers who surveyed hundreds of people living in communities in south eastern Cameroon where monkey meat is part of the staple diet.

They found the risk of a village being infected with a disease from monkeys was “directly related to the relative density of nonhuman primates and their proximity to human settlements”.

Their warning comes after the outbreak of the Ebola virus killed more than 3,000 in west Africa.

The virus is believed to have originated in fruit bats and can also be transmitted to humans via primates.

“The central African rainforest has witnessed many infectious spillovers from primates, including multiple neglected tropical diseases.

“Previous studies have focused on hunting and butchering of primates as risky practices that expose central Africans to their diseases.

“These studies have not investigated how different kinds and frequencies of contact or the abundance of different monkey and great ape species affect these risks.”

She explained monkeys and apes can act as “frequent reservoirs or amplifiers” for germs that pose a risk to human populations because of their similarity to humans.

She said: “Zoonotic diseases constitute over 60 per cent of emerging infectious diseases (EIDs), a major threat to global health.

“Of these EIDs of zoonotic origin, 70 per cent reportedly come from wild animals.

“The World Health Organization considers several zoonotic diseases from wild animals, including Ebola, Lassa, and Marburg, to pose major risks to global health because they are highly infectious, have had no licensed therapeutic or preventive measures, and elicit substantial fear.

“Nonhuman primates (NHPs) occupy an important place in these transmissions, serving as reservoirs or amplifiers for pathogens, including several neglected tropical
diseases (NTDs) that can infect human beings

“Nearly 45 per ecnt of the pathogens shared by humans and NHPs are said to be “emerging” in humans, in the sense that they are appearing in humans for the first time or have recently increased.”

The study’s findings on zoonotic diseases have been published in PLOS Neglected Tropical Diseases.

Dr Giles-Vernick together with Victor Narat of the French Centre for National Scientific Research carried out an extensive social sciences evaluation of how populations in Cameroon interact with nonhuman primates in 2016 and 2017.

They carried out surveys, real-time data collection, oral history interviews, and wild meat surveys were designed to examine behaviours that could put people at risk of infection with new diseases.

Of the several villages and hundreds of local people were involved in the study, 85 per cent of people said they had eaten primate meat or ‘bushmeat’ in their lifetimes.

This was mostly through hunting, butchering, preparing and consuming meat, but also includes injuries sustained from gorillas.

Dr Giles-Vernick concluded: “We found that Cameroonian adults had frequent physical contact with primates, and more with monkeys than apes, especially through handling meat for butchering, marketing, and preparation.

“Multidisciplinary social science and ecological approaches should be used to improve surveillance and communications with forest populations about neglected tropical diseases.”