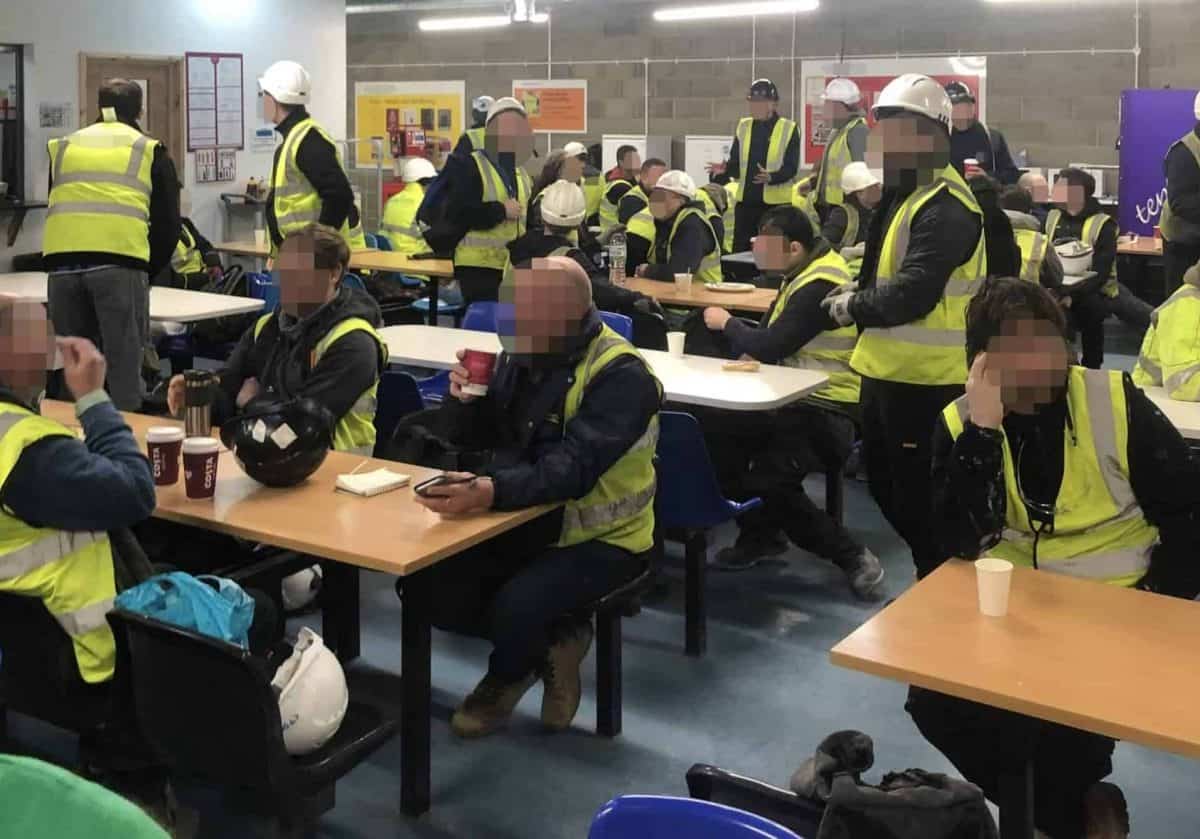 Construction workers told to continue going on-site say they are being forced to choose between putting their families at risk of coronavirus or having no income.

Site owners and construction firms have faced pressure to stop projects after numerous reports of workers being unable to follow the Government’s social distancing guidelines.

One electrician who asked not to be named told the PA news agency his building site in London was not adhering to hygiene advice, and allowing construction to continue was endangering lives.

“We’ve got a canteen with hundreds of men in with no social distancing in place and lifts that are going up with three or four men in at a time,” he said.

“We’re not being given basic PPE (personal protective equipment) and not being given masks to wear, and because we were complaining there’s no hand sanitiser, last week they put glass cleaner in the bottles.

“I have three children and my wife has arthritis and the medication she’s on has killed her immune system.

“I’m going to work knowing that potentially I’m killing my family – but what do you want me to do? Let them starve in two weeks’ time?

“If I don’t go to work I don’t get paid, and there’s no package in place for me to say I’m not going to work.

“We’re being treated like cannon fodder and we are passing this virus around this city and keeping the infection going.”

The worker said he and many others are now looking for temporary accommodation so they don’t have to return home to their families.

He said they also fear passing the coronavirus “up and down the country” and contaminating critical workers, like those working for the NHS, on their commute.

“I’m having to get on that tube with critical staff who are going to save lives,” he said.

“You can see when you get on people looking at us as if to say ‘why are you on this train?’

“Construction workers move up and down the country and we are spreading this virus.”

The UK Government has told construction companies that they can continue work as long as they practice social distancing, which requires people to stay at least two metres apart.

However, unions have claimed that is not always possible for labourers who often work in confined spaces, and have also complained that the workers can pass the deadly virus on during their commutes to work.

Mayor of London Sadiq Khan has called on the Government to call a halt to such works, while First Minister Nicola Sturgeon also urged sites in Scotland to down tools.

Another electrician, aged 20, from the east of England, told PA they travel in a van with three others between multiple sites and arrived at a new one after one was closed on Tuesday.

“There must be over 50 people on this site and we all use the same toilet and welfare facilities,” the electrician said.

“When asked if (on-site management) were going to close the site one of them replied: ‘Is it f***, this job is getting finished no matter what’.”

“I have an asthmatic mother and I am being forced to work with the threat of mandatory annual leave, or statutory sick pay.”

Another worker involved in laying roads told PA it is “physically impossible” for them not to work in close proximity to each other as they operate heavy machinery.

“We have been told that this is an essential road but the public will not be able to drive on it for at least five months,” they said.

“I’ve got a newborn and a toddler at home that depend on me, so I have no choice but to work.”

One of the workers said they feared being “blacklisted” by construction companies if they spoke out publicly.

Gail Cartmel from the Unite Union said: “The Government must announce they will take urgent action to ensure that construction sites will be safe and if not that displaced workers will have their jobs and income protected, irrespective of being directly employed or self-employed.

“Contractors also have a moral duty to ensure that all the workers on their sites are safe and financially protected.

“No worker should have to make a life or death decision arising from Government or contractor negligence.” 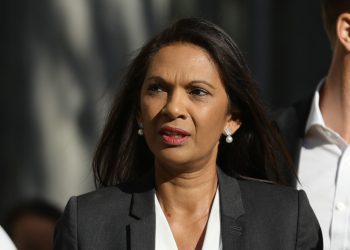