Great-grandfather Jack Bowden was discharged from hospital just three days after testing positive for the killer coronavirus, which has claimed at least 422 lives in the UK 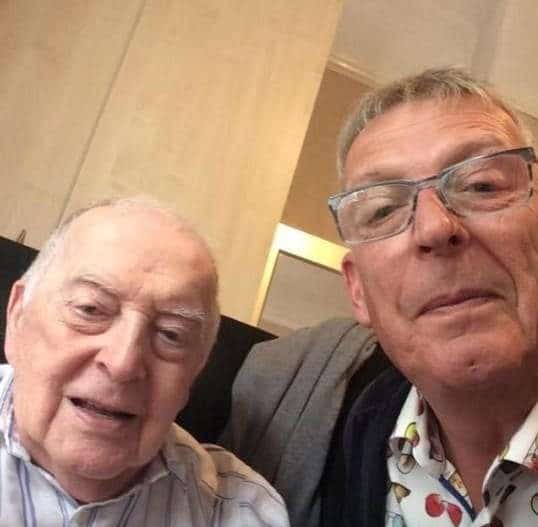 A WW2 hero aged 98 is believed to be the oldest Briton to survive Covid-19 – after recovering less than a week after being diagnosed.

Great-grandfather Jack Bowden was discharged from hospital just three days after testing positive for the killer coronavirus, which has claimed at least 422 lives in the UK.

The former pharmacist – who worked on vital production of Penicillin during the Second Word War – tested positive last Wednesday after taking ill with a water infection.

But amazingly the former Royal Navy petty officer was discharged on Saturday to return to the care home in Bolton, Gtr Manchester, where he lives.

Yesterday (Tue) the death toll from the coronavirus outbreak in the UK rose to 422 – an increase of 81 from the day before.

And Mr Bowden’s youngest son Mark, 58, said he even wrote a goodbye letter when doctors told him that his father had tested positive for the life-threatening illness.

He said: “I thought I’d never see him again. I wrote him a lovely letter and within an hour he rang me and said ‘I think I’ve got the real thing’.

“But by Friday, the nurses said he’s doing amazing and just had a mild chest infection.”

Medics at the Royal Bolton Hospital decided that Mr Bowden was better off isolating in his care home rather than on the ward, which posed a risk of infection.

Mark said he was due to visit his father in his care home last Monday (16/3) but was told by staff that his father had taken ill during the night so he could not receive a visit.

Doctors became concerned when Mr Bowden became confused and disorientated, but he was treated for a suspected water infection and began to improve.

Medics at the hospital tested him for coronavirus and the results came back positive on Wednesday.

Mark added: “The water infection itself kills most people his age, but they were preparing to discharge him for that until the Covid-19 test came back positive.

“He got a nurse to call me to say he wanted his mobile phone, so I knew he was feeling better.

“They discharged him on Friday night, but he could only leave on Saturday morning once the care home had put measures in place to cope with his return.

“We don’t think he’s fully out of the woods yet as he still has a chest infection and it has left him with a cough.

“But he is sat up in his chair, he’s comfortable and he is well on the way to recovery. I’m pretty sure he has passed the infectious stage.

“The consultant even wants to use him as a case study.”

Joanne Drayson, Mr Bowden’s daughter, said she believes the anti-viral medication her father was given to treat his water infection helped his recovery from Covid-19.

She said: “His medication has been shown to have anti-viral properties. I believe that’s why he recovered so quickly.

“For somebody to of his age to go into hospital on the Monday and come out again the same week is remarkable.”

Jack’s granddaughter, Nicola Hyams, said: “Everyone’s so impressed by how he managed.

“He’s gone back home now and by all accounts he’s doing very well – he’s complaining about having to stay in his bed.”

Mr Bowden, who was born in May 1921, trained as a pharmacist and worked on production of Penicillin to treat injured soldiers during World War Two.

On D-Day he was based at Portsmouth giving blood transfusions to servicemen returning injured from France.

Mark added: “He helped to make and produce Penicillin back then and now 80 years later, he’s being used a case study to help fight this infectious disease.